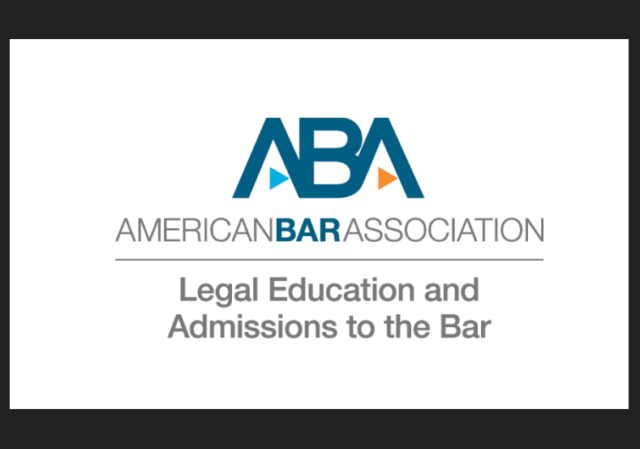 To review the proposals, please click here.  Comments are due by June 28, 2021—a very short comment period under the circumstances.

The proposed changes range from minor to significant—but they all require law schools to adopt specific viewpoints concerning “diversity, equity and inclusion” training, and would make these undefined goals part of core curricula and part of law school accreditation.  Whether the proposed changes are good or bad is beside the point (and I express no judgment here); they merit individualized handling by law schools who are in the best position to decide what to do and how much.  Imposing these changes would violate professors’ rights to academic freedom and stifle classroom debate.

I have prepared the below comment letter.  If you agree, I respectfully ask that you send your own comments to the ABA (c/o [email protected]) or email me at [email protected] to have your name added to my letter.  (I only ask that you be an admitted lawyer.)  I know that many of our law school deans are working hard to address the issues identified in the proposed revisions and that they, along with their faculty and staff, are in the best position to address them.  The ABA should stay its hand.

The undersigned are practicing attorneys and alumni from accredited law schools across the United States. We cover the entire political spectrum, and we unanimously express our deep concerns in requesting that the American Bar Association not adopt proposed revisions to Standards 205, 206, 303, 507 and 508 of the ABA Standards and Rules of Procedure for Approval of Law Schools.

Many of the proposals are significant changes that, if adopted, will invade the provenance of law schools, their deans and faculties to set their own policies and curricula. One doesn’t have to disagree—and to the contrary, one may well agree—with the proposed changes to know they will encroach on academic freedom.

Law schools are trying to find their way through these difficult issues, each of them in their own way. We do not understand why the ABA is taking it upon itself to direct all law schools at once on what to do and how much. The ABA recommends “diversity, equity, and inclusion training” and proposes to make “diversity, equity and inclusion” a “core” standard for accreditation. These terms are not well-defined. Whatever the intent behind them, they appear to us to require or at least further the display of particular political values.

If a professor or student believes, for example, that admissions should be more color-blind even if that produces a less racially diverse class, is that view consistent with good “training” on diversity issues? Those who have signed this letter have a range of views on admissions policies ourselves, but we all believe that it should be possible to debate both sides of the issue openly and in good faith. The current climate of debate on such topics on the academy, however, is inhibited and restricted. The ABA’s proposals seem to us likely to make that climate more restricted still. Whether these proposed changes are good or bad is beside the point (and this letter makes no judgment); imposing them would violate professors’ rights to academic freedom and stifle classroom debate. (The proposed changes would also place additional financial hardships on law schools—likely requiring costly data collection and new administrative staff—and any increased costs will most certainly be passed along to students.)

If law schools want to enact programs of the kind in the proposal, that is their business. But the ABA purports to speak for the whole legal profession. We do not believe it should be the ABA’s role to provide direction to law schools on matters this sensitive and divisive. We are not aware that the ABA Council has better knowledge of the situation in law schools than the schools do themselves, and we do not believe that law schools are suffering from a shortage of pressure to engage in diversity-based initiatives and activities. (Surely the ABA could not believe that.) We therefore do not see the value added by these proposals, and see considerable risk in them. We would be grateful to the ABA for showing more restraint.

Jerry Hawxhurst is a commercial trial lawyer specializing in complex cases, class actions and antitrust. He received his JD with honors from The University of Texas School of Law. The opinions in this article and his comments to the ABA are his own, and are not necessarily the opinions of members of his firm or clients.

How many years have we had Affirmative Action?? How many dopes because of race or gender that should never have been in school got degrees? AA never helped anyone.

I’ll drink to that.

Not so! It helped Barack & Michelle Obama immeasurably!

There has been some affirmative action (i.e. rehabilitation, revitalization, reconciliation), mostly at the community level where it is most effective and least corruptive. Unfortunately, affirmative discrimination has been clear, progressive (e.g. systemic), and profitable.

Excellent. I hope the ABA listens to reason.

The ABA is a very sick, very political, very Democratic party organization. The fact that they give you 3 days to comment is a sure sign of a sick organization that wants no comments at all, because they know nobody will approve of their biased, partisan attempts to force indoctrination on everyone. The sooner the ABA is destroyed, the better. Why in hell should law schools have to do what they say, anyway? Who died and made them King?

ABA is way over-reaching. What’s next? Why not just require membership to the Dem Party and be done with it already. This is what you expect in totalitarian states – private sector alignment with Party Propaganda. And soon – no advancement unless you’re a member of the party. This is what tyranny looks like.

There seems to be obvious tensions between the ABA proposals and the so called critical race theory “bans.” Under the proposed rules, it seems that certain states with these bans would be barred from having an ABA school in their jurisdiction.

The ABA has been infested to irrelevamce a long time ago.

They are very relevant as long as they determine the accreditation of law schools, a degree from one of which is required in many states before even taking the bar exam.

They can stop people they don’t like (at a group level) from becoming lawyers via their accreditation actions.

Thank you for taking the time and effort to combat this idiocy, Mr. Hawxhurst. I consider the ABA to be irrelevant to the practice of law, and, totally deserving of irrelevance, given its blatant, Leftist political bias, but, this manifestly idiotic and utterly obnoxious proposal to influence law school curricula by promoting Leftist orthodoxies and agenda must be condemned and spoken against.

The AMA is now irrelevant to the practice of medicine.

America is over. A Junta runs our nation.

We need to accept that.

While color bias is intrinsic, prejudice is progressive. Divest from diversity [dogma], not limited to racism. #HateLovesAbortion

This is nothing more than Leftist Marxism Garbage being forced down our throats wether you agree or disagree I thought this was America people?! Law and Justice should be blind and fair for all, PERIOD!

This letter to the ABA is about as hard hitting as a wet spaghetti noodle.
Instead, it should be directly confrontational, by making these phony hard-left ABA attorneys walk their talk. Change the ABA Standards, to REALLY achieve “equitable” outcomes: “To achieve “equitable” societal goals, all ABA attorneys shall match their contract rates to the average hourly working rate of an American: $30.33/hr.” “To achieve equitable racial outcomes, ABA shall randomly select ABA attorneys to voluntarily give up their bar license, to equitably adjust the racial percentages of practicing attorneys. The ABA attorney shall surrender their wealth and homes, to match the “equitable” wealth level of all Americans. These phony ABA leaders and attorneys want to be sanctimonious and preach to others, but they don’t want to walk their talk. Trying to reason with sanctimonious preachers through a letter is a waste of time, .. knock them off their pedestals.

Here is the letter that I sent: Anyone is welcome to revise it or send it to the ABA email address above.

Regarding the proposed revisions to Standards 205, 206, 303, 507 and 508 of the ABA Standards and Rules of Procedure for Approval of Law Schools, the changes place the equitable burden of correcting past ABA injustices on students, rather than ABA members. To demonstrate the sincerity of its objectives to the public, I propose including new ABA requirements in the Standard, that provides ABA leadership in achieving equitable outcomes and to correct for past systemic wrongs:

Requirement yyy: To reduce the wealth gap between ABA attorneys and the public, all ABA attorneys shall annually donate 10% of their wealth towards charitable redistribution.

Requirement zzz: To correct for the demographic and racial disparities between ABA attorneys and the public and to further succession planning for ABA leadership to be inclusive towards all people of color, the ABA shall randomly select members for voluntary disbarment, to provide greater opportunities and equitable outcomes for lawyers of color.

These new ABA requirements would allow ABA members to show sincerity in correcting past ABA injustices and to rightly assume the burden of costs in correcting these injustices, rather than putting the sole burden on law students and schools.

Was it Shakespeare who said, “If you would have peace, first kill all the lawyers”?.

The actual line is “The first thing we do, let’s kill all the lawyers”, from Henry VI part 2.
However, the character who says it is one of the bad guys.
Much as we hate shysters, never forget that famous passage in A Man for All Seasons:

“What would you do? Cut a great road through the law to get after the Devil? … And when the last law was down, and the Devil turned round on you – where would you hide, Roper, the laws all being flat? This country is planted thick with laws from coast to coast, Man’s laws, not God’s, and if you cut them down – and you’re just the man to do it – do you really think you could stand upright in the winds that would blow then? Yes, I give the Devil benefit of law, for my own safety’s sake!”

This is too bland. I would demand that the ABA support decertification of any law school that’s admission policies discriminate on the basis of race, color, religion, sex and national origin as a counter to a policy that requires Critical Race Theory indoctrination.

It appears to me that having a class of students who are ‘diverse’ in the sense of backgrounds, and federal law requirements, unvarnished by add-ons by bureaucrats, would enhance the analysis of CRT by qualified students.