The Lancet invited the 27 authors of the Daszak-organized natural origin letter to re-evaluate their competing interests. 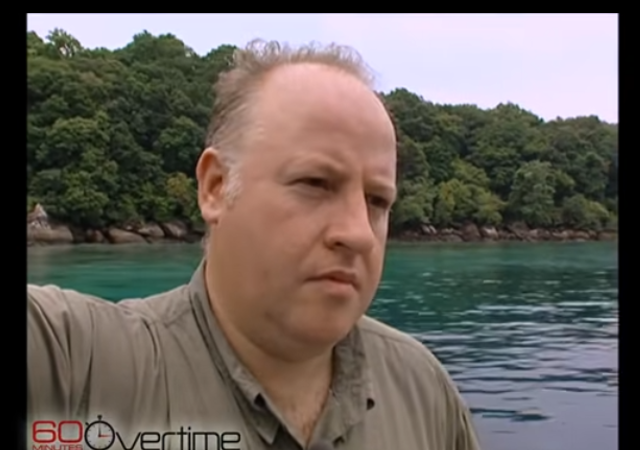 Last week, we reported that Senator Rand Paul demanded that those involved in funding the Wuhan Institute of Virology’s coronavirus ‘gain of function’ research not participate in any further investigations.

Here’s the problem. The WHO investigated this the first time, we suggested three people to send to China. They rejected all three and they accepted a guy named Peter Daszak who was the one that funded the lab. So you can’t have the people—like Anthony Fauci or Peter Daszak—who are part of the funding mechanism to send these funds to Wuhan lab.

You can’t have them investigating themselves.

It appears Sen. Paul will receive his wish. Wuhan-connected scientist Daszak has been recused from a UN Commission investigating COVID.

Daszak, 55, president of the New York-based EcoHealth Alliance, was one of 28 experts from around the world asked to analyze how best to respond to the pandemic.

On Monday, his profile was updated to include the note: ‘recused from Commission work on the origins of the pandemic’.

Earlier this year, I noted that the World Health Organization (WHO) commission’s first report on the coronavirus origin read like Chinese propaganda. One of the reasons could have been Daszak’s presence on the investigative team.

Dr. Peter Daszak, the only U.S. citizen on the WHO team investigating the origins of the virus, has deep ties to the Wuhan Institute of Virology and went so far as to organize a PR campaign in the early months of 2020 to portray the lab leak hypothesis as a “conspiracy.”

Daszak said in a recent “60 Minutes” interview that officials with China’s ministry of foreign affairs kept a close eye on the WHO team’s meetings with scientists from the Wuhan Institute of Virology. Daszak later said there was a “limit to what you can do and we went right up to that limit.”

Further, the Wuhan Institute of Virology deleted public databases that had information on at least 16,000 virus samples in September of 2019, just three months before the first cases of COVID-19 were reported. The WHO did not request to review the data as part of their investigation because Daszak personally vouched for it.

….Weren’t they even slightly suspicious when the person organizing the letter in The Lancet was none other than the deeply conflicted Dr. Peter Daszak, head of green nonprofit EcoHealth Alliance?

Daszak had been collaborating for 15 years with the Wuhan Institute of Virology, which we know was conducting dangerous Frankenstein research, known as “gain of function,” on bat coronaviruses, which makes them more lethal and more infective to humans.

He co-authored papers with Shi Zhengli, the head of the Wuhan research team, and he funneled part of the $100 million in US government funding he received to her lab.

Yet despite his compelling vested interest to absolve the lab of involvement in the pandemic, Daszak drafted the Lancet letter and convinced 26 others to sign it, emails released under the Freedom of Information Act revealed last year.

Recent revelations have been so trouble that the Lancet invited the 27 authors of the letter to re-evaluate their competing interests.

Some readers have questioned the validity of this disclosure, particularly as it relates to one of the authors, Peter Daszak. In line with guidance from the International Committee of Medical Journal Editors, medical journals ask authors to report financial and non-financial relationships that may be relevant to interpreting the content of their manuscript.2
There may be differences in opinion as to what constitutes a competing interest.

Transparent reporting allows readers to make judgments about these interests. Readers, in turn, have their own interests that could influence their evaluation of the work in question. With these facts in mind, The Lancet invited the 27 authors of the letter to re-evaluate their competing interests. Peter Daszak has expanded on his disclosure statements for three pieces relating to COVID-19 that he co-authored or contributed to in The Lancet—the February, 2020, Correspondence…..

In a 2004 report, CBS 60 Minutes’ Scott Pelley traveled to Malaysia, and interviewed Peter Daszak (who was capturing bats to determine causes—and remedies—of a killer virus). In light of what we have lived for the past year, the video is chilling.

The conflict of interest was even too much for both The Lancet and WHO.

Pete is about to see what the undercarriage of the bus looks like.

As well as the other 20 scientists (or is it 26 as listed in the linked article) are going to find out when they’re forced to acknowledge their names on a now debunked and possibly retracted paper. Not something you really want to list on your CV for all to see.

Come on…this is academia…they will be fine. Sure, they might suffer some short term embarrassment but once that passes and they say some pretty words around how sorry they are they will be fine and wont suffer any consequences for their actions.

So I wonder. Since it has come out that Daszak has major conflicts regarding his funding/participation in the Wuhan Institute of Virology will The Lancet be retracting said article for his failure to clearly list those conflicts of interest?

This man led the cover-up and denunciations of the lab-leak theory. He energetically went out of his way to orchestrate the anti-lab leak movement as if he were paid by the CCP.

He should be in prison.

Google is now revealed to be part of this. Google has funded Ecohealth, the shell organization that was used to funnel money to China gain of function research.
Google hated Trump, and Google tried to influence our elections. So they funded an organization to develop a virus that could be used to get Trump out? Maybe.

I have been wondering if Daszak suggested to one of the people he was funding at WIV (off the record of course) to release the virus just to see what happens? If there was an actual plot to release the virus in Wuhan early to get rid of Trump, only a few people need have known about it. We will never really know unless someone in China spills the beans.

why would they send these type of people to investigate a research lab,

I want a collection of people who are well versed in records research, auditing and lab safety on the team, not someone whose specialty is economics, diplomacy or politics..

Common sense strikes again. Oh, where will it all end???

Then convene a Grand Jury.