“While purporting to be a scientific statement about public health, the paper addressed important historical and political issues superficially, inaccurately, and prejudicially. In reality, the piece is a call for activism that, in our view, is unsupported by the facts.” 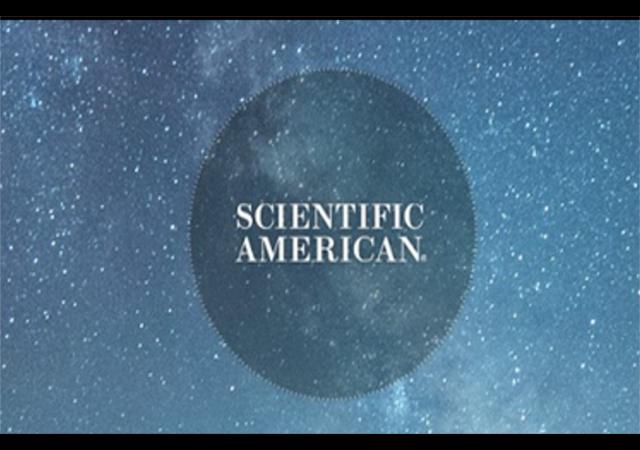 The last time we checked on Scientific American it pushed the normalization of “climate emergency” terminology.

I would offer a link to the piece, but it was so awful that Scientific American had to retract it.

The screechy diatribe accused Israel of “vaccine apartheid” and “war crimes” among other alleged abuses. The piece blasted “Israeli settler colonial rule” and called on US health care and academic institutions to condemn “long-standing oppression” against the Palestinians and adopt the Boycott Divestment and Sanctions campaign against the country.

The screechy diatribe accused Israel of “vaccine apartheid” and “war crimes” among other alleged abuses. The piece blasted “Israeli settler colonial rule” and called on US health care and academic institutions to condemn “long-standing oppression” against the Palestinians and adopt the Boycott Divestment and Sanctions campaign against the country.

The opinionated screed was swiftly retracted after the magazine received a letter from three Nobel Prize winners and 100 other scientists calling out the article.

You would think that serious researchers would know wokeness is incompatible with reason. Now the editorial team is doing a veritable “walk of shame” by publishing a piece clearly “not supported by the facts.”

“In publishing the cited article, Scientific American’s editors jettisoned appropriate editorial standards and ignored easily verified facts that counter the authors’ one-sided invective,” the letter read. “While purporting to be a scientific statement about public health, the paper addressed important historical and political issues superficially, inaccurately, and prejudicially. In reality, the piece is a call for activism that, in our view, is unsupported by the facts.”

The letter was signed by a number of doctors, accusing the authors of the op-ed, which included an “AfroLatinx Scholar-Activist,” of falsifying facts.

“I have been on editorial boards for so many years. You can have differences of opinions, and you can even challenge facts, but it’s quite another thing to completely falsify a fact. So that is what I objected to in the article,” one of the op-ed’s detractors wrote.

The magazine is promising to revise its internal review processes. Given the sentiments expressed by the magazines leading editors, I suspect that there will be further retractions in the future.

Scientific American’s Editor-in-Chief, Laura Helmuth, tweeted in 2015, “Not looking forward to this: Congress invites [Israeli Prime Minister] Netanyahu to another lovefest. Bibi, shut up.” That same year, Helmuth tweeted her opinion that it was “awful” that Netanyahu won reelection.

Scientific American Senior Editor Sunya Arshad Bhutta tweeted on May 28, 2021, “From the river to the sea, Palestine will be free” — which is widely viewed as a call for the erasure of Israel. In June of 2021, Bhutta tweeted, “the united states has caused significantly more terror worldwide than the taliban and hamas combined…it’s a fact.”

In a 2019 tweet, Bhutta said, “Israel is an apartheid state.” In 2021, Bhutta tweeted, “Israel is the only ally of American white supremacy.” In 2020, Bhutta accused Israel of “countless human rights abuses,” and stated, “I support the BDS movement.” BDS is the movement to Boycott, Divest, and Sanction Israel.

In 2021, Bhutta accused Israel of a “criminally negligent coronavirus response.” Of course, she ignored the Oslo Accords, which call for the Palestinian Authority to provide healthcare to its people, and includes the statement that “Powers and responsibilities in the sphere of health in the West Bank and Gaza Strip will be transferred to the Palestinian side … the Palestinian side shall provide vaccinations.”

I canceled my subscription to Scientific American thirty years ago because they were already too deep into political activism at the expense of science.

Ignore that silly rag. It serves no purpose.

If they were honest, they would have changed the name of the rag to “Antiscientific Antiamerican”.

They endorsed Biden in 2020. It was their first ever political endorsement in their 175-year history. But they have been fully-invested in bogus science for quite a while. Hoaxes like climate “science” concerning to global warming. And now you can BDS. Apparently, there are still a few scientists who will draw the line somewhere.

Those individuals qho put their foot down are probably real scientists. There are so many people today calling themselves “scientists” that really aren’t. I wonder how many atmospheric physicists signed onto global warming alarmism as opposed to people getting degrees in “climate science.”

There are also lots of real scientists who for various reasons (fear of losing funding mostly is my guess) simply won’t stand up for the truth. Far, far too many.

Same. Closer to 40 years though.

Their glory days were in the 60’s and 70’s. By the Reagan era, they had devolved into tedious political hackery. They have continued going downhill ever since.

Sound about right. I gave up my subscription and stopped reading Scientific American when they stopped reporting on actual science and became just another pop sci magazine on a magazine rack already overloaded with pop sci magazines at the time.

I am old enough to remember when Scientific American was about science.

Thanks to today’s Woke Science (perfectly symbolized by Scientific American), it is a matter of time before defective planes start falling out of the sky, shoddy bridges and buildings collapse, and Americans start dying from diseases that have not been seen on US soil in generations like malaria and cholera.

Who are you? John Galt?

I am an observer of Communism. When a society replaces science and engineering with kooky ideology (“Math is racist!”) then catastrophe will surely follow.

This once esteemed publication has become a politically correct rag and should properly be renamed “Un-Scientific Un-American”.

I neglected to add that the same might also be said about Smithsonian, The Lancet, JAMA and numerous other supposedly science based publications.

The Smithsonian magazine is the worst. I still get it, courtesy of my 93 year old Father. I keep telling him….

It is amazing how virtually every “big” paper is woke now. It seems like every professional organization exists just to push whatever the narrative happens to be.

Amazing, and, utterly dismaying and depressing. The Lefists’/Dhimmi-crats’ cancerous moral and intellectual rot destroy everything that they touch.

Scientific American has also made itself into a laughingstock on Second Amendment issues, with a recent piece that somehow missed millions of defensive gun uses that every other study on the topic seemed to be able to document.

Lancet already discredited itself in about 2004 by publishing a junk piece about casualties of the Iraq war. And if I recall correctly NEJM blotted its escutcheon in the early 1990s with a junk piece comparing gun statistics in Washington and British Columbia.

“Scientific Activist”. With emphasis totally on the latter.. I am surprised that the discovery of the prism hasn’t been heralded as the first LGBQWERTY discovery.

It is an indictment on the American education establishment that we have all these leftists with degrees but without any hint of having been educated. A truly educated person would neither write nor endorse such dishonest, hate-based screeds.

The bottom line is that leftism is incompatible with reason.

Who is surprised by this? Anti-Israel slanders, venom and vilification, and, attendant Jew-hate, along with wholesale, gullible, indefensibly ignorant, lazy and morally stupid regurgitation of Muslim supremacists’/terrorists’ contrived and fallacious victimhood mythologies are now standard operating procedure for Leftists, across all industries.

Read the “tweets” from the vile narcissists at Scientific American’s editorial staff — they read like the sort of juvenile, pro-Muslim terrorist rants that one would expect from the official propaganda organs of ISIS or Hamas. Unbelievable, the rank idiocy and moral stupidity of these infantile narcissists, and, how they’ve managed to infiltrate the masthead of allegedly “serious” publications.

National Geographic is as bad, or worse.

NG has always been anti-Zionist.

Lysenko lives! Buy everything used from now on… preferably before 2020 as future products will be planned around CRT and not math and physics. Demand that new products be only produced from original non-white/non-Western inventions and discoveries.

These days all science is political, so SA is just living up to its name.

Seems to me, though I could be mistaken, there is a certain connection among the authors of the original piece. Guess it never occurred to the editors to consider the possibility of discrimination on the part of the authors.

No American in the Science and no Science in the American

“Bryan Leyva, an “AfroLatinx Scholar-Activist from the Dakota Territory…”

This is an exciting sighting, much like a rare bird. A person who calls HIMSELF Latinx — a word previously coined and used exclusively by progressive wypipo, to be used to say heartbreaking things about a group who refused to adopt it.

Scientific American Senior Editor Sunya Arshad Bhutta tweeted on May 28, 2021, “From the river to the sea, Palestine will be free” — which is widely viewed as a call for the erasure of Israel.

Re: the silly invoking of nonexistent “vaccine apartheid” – Israel provided access to vaccine to every citizen without regards to religion of the same. It also offered free vaccines to the authorities in Gaza et Alia as well – since the “self government” Palestinian authorities spend every penny possible from “humanitarian aid” on infiltration tunnels, bunkering up buildings, and buying arms (and numbered accounts) instead of civilian infrastructure like a government that cares about its citizens would be doing.

Of course, the Palestinians turned the vaccines down. Better (in their view) people should die than they acknowledge their rhetoric about The Jews ™ wanting to kill all Muslims is BS.

Anytime you hear some spokesperson or a western dupe go on about Israel commiting genocide just remember two factoids….
(1) Israel has the most competent and deadly armed forces in the region and…..
(2) For half a century the highest population growth rate in all Arab populated regions has been significantly higher in the “occupied territories” than elsewhere.
If (IF!) Israel is trying to commit genocide they are apparently the most incompetent genociders in modern history – that or the genocide label is a lie.