“Only Andrew Yang, an entrepreneur, who first ran for president in the Democratic primary, raised his hand when asked who would accept an endorsement from the mayor”

Many considered Bill de Blasio a terrible mayor for New York City before the COVID pandemic. Today, after the lockdowns, the riots, the fires, and the destruction of the last year, he is downright toxic.

The overwhelming majority of Democrats running for mayor of New York City do not even want his endorsement.

Bill de Blasio’s response to this is laughable.

During a bitter debate, Wednesday night over who would be the next leader of the nation’s biggest city, almost all Democratic candidates for New York City mayor were on the same page about one thing: steering clear of the incumbent’s endorsement.

“I heard a lot of statements that reflected a lack of information about city government and how the city of New York actually works,” de Blasio said of the debate. “You know, that was not inspiring to me. So what I would say to all these candidates is, brush up on your facts, bring us a more coherent vision.”

On a related note, I have a few thoughts about the dynamics of this race.

New Yorkers have just suffered through two terms of one of the worst mayors in recent history: a Democrat. Do you know how many Democrats were on the debate stage vying for the job this week? Eight. Eight Democrats are considered ‘major’ candidates for the position of mayor of New York.

Do you know how many Republicans are running? Two. Have you ever even heard of them? 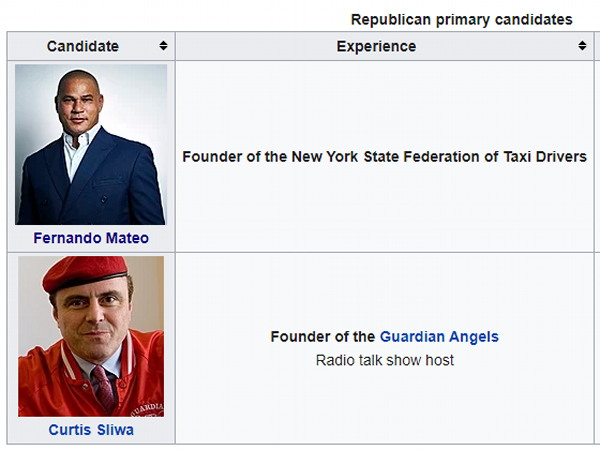 In 2008, after two terms of George W. Bush, Democrats knew they had an opening, and almost ten candidates ran. In 2020, after one term of Trump, over twenty Democrats ran for their party’s nomination.

Where are the Republicans in New York? Where is the ambition and the desire to offer the people of New York City an alternative? Bill de Blasio teed up the ball for the GOP, and no one with real name recognition is stepping up to the plate.

The liberal pundit Ezra Klein recently said on Twitter that one of the top issues of concern for Democrat voters in this mayoral race is violent crime. Do you think they want Bill de Blasio 2.0? 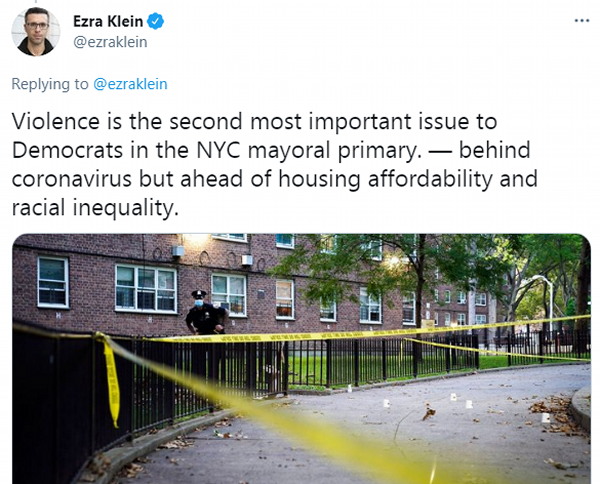 There should be a dozen qualified Republicans competing for this job. They should offer New Yorkers a different vision for the city that includes restoring respect for the NYPD, law and order, a safe and healthy city, protection for business owners, lower taxes, school choice, more freedom, and greater prosperity.

Democrats understand the importance of ambition. They have absolutely no shame about the fact that a member of their party has left New York City in ruins. They want that seat, and that’s why eight of them are running for the job. They know that no matter who gets the nomination, the ideas these candidates put forth in debates and campaign appearances will be discussed in the media, which will propel their agenda. No Matter which of them wins, half of them will end up working in the administration.

This is one of the most high-profile political jobs in the country. Democrats understand this. Where are the Republicans?

It is funny that Bill de Blasio is radioactive.

Ah a DeBlasio endorsement–sort of like the Kiss Of Luigi after he’s eaten a couple of orders of garlic bread. Not something you really want–but you might get anyway.

Yes in fact I am familiar with Curtis Sliwa. Politically, Republicans could do a lot worse. Though he does have some skeletons in his closet, mostly BS incidents dredged up by New York Democrats who resented his success at doing what NYPD was paid to do, but never could.

“”Where are the Republicans?””

Anymore, mostly in Florida or elsewhere other than NYC.

I remember 8 years ago, I said of the Democrats running for office, “This says it, of all the Dems running for mayor, the pedophile still sucks less than the others.” Some things never change.