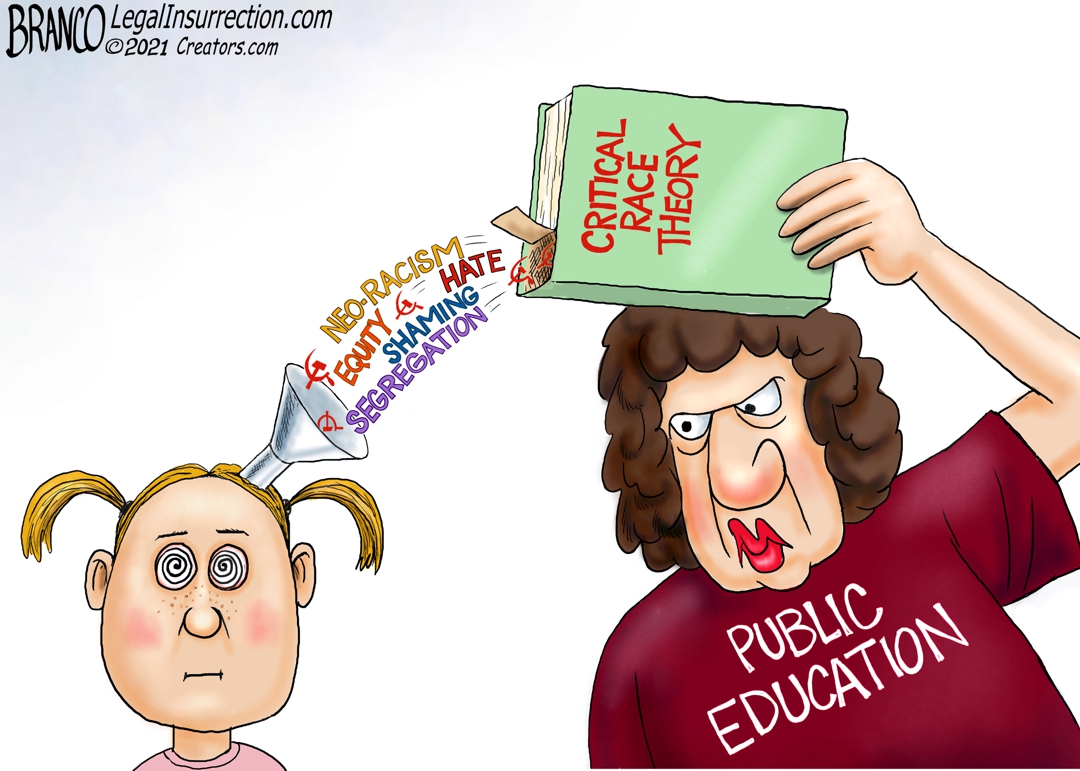 I just love the title… perfect….

That teacher image is perfect.

Democratic Politicos and media are pretending CRT is just an old theory and those that oppose it want to stop teach anti-racism in schools. Some refer to it as a “right wing talking point.” These are the same people who tried to censor talk of Covid originating from a lab. Their act is getting stale. Anyone with half a brain can see it is classic gas-lighting. They think the people are too dumb to realize they are being fooled.

People do not like being lied to. Even many democrats are now seeing through the lies.

I predict a major backlash in 2022. Entirely because the Progressive Marxists over-played their hand.

Does it occur to anyone else that the teachers’ unions are laser focused on $$$$$? These hideous creatures probably don’t care what they force down the throats of children as long as they keep getting those fat raises.

Isn’t this all being sponsored deep down by Soros and the globalists? So teachers and politicians are more focused on their increasing wealth?

THIS is why these sub-humans had such hatred for President Trump. He was threatening their cushy lifestyles by emptying the filthy SWAMP. And how easy was it when all of the MSM had the platform to push this agenda mightily!

That would mean that these globalists are literally the HEAD of the SNAKE. How diabolically clever of them to indoctrinate our children while we were all hard at work to pay taxes, not to mention also being forced to pay for other peoples health care and welfare.

DEFUND the SCHOOLS. Fund the student. School choice is a civil right.

(BTW: if you play the lottery in your state, you are part of the problem)

Now that there is a backlash the left will rename it. It’s right out of their playbook, they wouldn’t give up of change anything but the name.