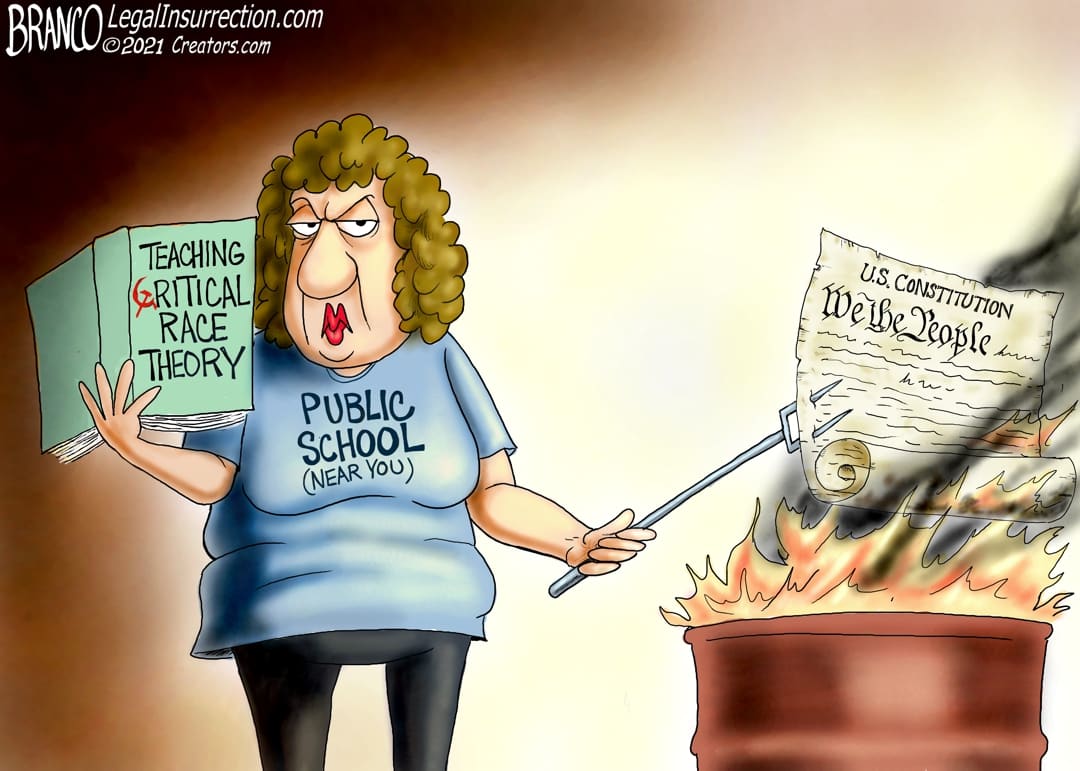 Well done. But, should have had the thing holding the book to be more of a caricature of Randi Weingarten.

Looks a lot like a double-bagger, at a minimum.

And that’s what too many public school teachers look like today—dressed for a picnic instead of the classroom.

This depicts very well Separation of Common Sense and State.

What we have now is indoctrination instead of education.

The sneaky school administrators are trying to push this agenda under different names now. They know that a majority of people oppose CRT. So now they call it “Racial Sensitivity Training” and other innocuous sounding names. Sneaky and underhanded.

In California there is a bill in the state Senate called AB 101. It’s proponents say it is not CRT but “race sensitivity” – it is a straight-out lie. It includes all the same elements of CRT. It is all about indoctrinating CA public school kids. New York Progressives are trying to push similar school initiatives.

Do not be fooled by such deceptive marketing. By any other name, it’s still CRT’s agenda of racist divisiveness, racist struggle, and absolutism, in schools, workplaces, politics, and media.