“Many of the dead terrorist operatives … presented on social media and by Arab media outlets as “civilians”.” 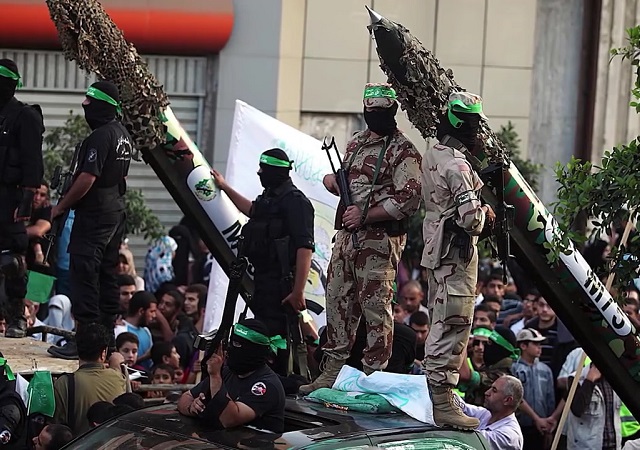 While the mainstream media continues to peddle the narrative of Palestinian civilians being the main victims of the Israeli military response in the wake of the recent conflict with Hamas and other terrorist groups, the evidence emerging from Gaza paints a very different picture. The counter-terrorism strikes carried out by the Israel Defense Forces (IDF) were precise and effective in eliminating terrorist targets, the research based on the initial days of fighting shows.

At least two-thirds of the casualties reported in Gaza were Palestinian terrorist operatives, a detailed report released by the Israel-based thinktank Meir Amit Intelligence and Terrorism Information Center (ITIC) showed.

“It is evident from the examination that of the 58 remaining fatalities, at least 42 (about two-thirds) were terrorist operatives,” the report which examined the first two days of the fighting (from May 10-12) found.

“The Hamas administration is trying to create a false impression that the vast majority of those killed were uninvolved civilians. In its announcements, the Health Ministry in the Gaza Strip emphasizes the number of women, children and seniors killed and, unlike in the past, it does not publish detailed lists that include the names of those killed,” the 32-page report reviewed by the Legal Insurrection showed. “Many of the dead terrorist operatives are also presented on social media and by Arab media outlets as “civilians” for the same reason.”

The database of militants unofficially and officially declared killed in action during the recent #Gaza conflict against #Israel is expanding daily. It's a slow process but once I'm done, I'll publish my findings. pic.twitter.com/oQ2QK1zp5C

Many of the civilian casualties in Gaza were caused by misfired Hamas rockets, a fact widely ignored in the mainstream media coverage. Out of 4500 rockets fired at Israel, some 680 landed inside Gaza — causing a bulk of civilian casualties.

The report cites many examples of pro-Hamas “human rights” groups covering up terrorist group’s complicity in civilian deaths. One such incident mentioned in the report highlights this fact:

The United Nations Office for the Coordination of Humanitarian Affairs (OCHA) – which looked at casualties over the entire operation – had similar findings: 128 of the 245 killed in Israeli strikes were terrorists. And those findings were probably even downballing the number of terrorists.

Now it looks like even Hamas have admitted to a high percentage of terrorist casualties, albeit inadvertently and not explicitly.

In a report on the ongoing fallout from UNRWA director Matthias Schmale’s comments that Israeli strikes on Gaza were very precision and accurate – he has now been called back to Jerusalem for consultations and had decided to take an extended leave of absence – Hamas had this to say:

Hamas said in a statement that his “comments are a complete distortion in favor of the Zionists, including an attempt to exonerate the Occupation of the murder of 254 Palestinians, more than 40% of them children, women and the elderly.”

In other words, Hamas have admitted that 60% are non-elderly adult males. [Source: Israellycool, June 5]

While Hamas’s strategy has been to put Gazans in harm’s way, the Israeli military took every precaution to avoid civilian casualties while targeting Hamas’ rocket launch sites, weapons depots and terror tunnels deliberately located deep inside residential areas. The IDF phoned the residents and dropped non-lethal explosive charges, a maneuver called rook-knocking, on the targeted buildings to warn them of an impending strike. The IDF, thereby, allowed terrorists to flee, in order to save civilians lives.

“IDF pilots call off strike after seeing children as the site”

Not just Gazans, the Hamas even used the foreign media as human shields as it fired rocket barrages on Israeli towns and cities. The Al-Jalaa tower in Gaza City, which housed the offices of the Associated Press, Al Jazeera and other foreign media outlets, also served as the Hamas’s intelligence center. Western reporters, busy picking on Israel for its supposed flaws, denied any knowledge of having shared office space with an Islamic terrorist group for years.

Despite the contempt Hamas shows for them, the global media continue to carry water for the Islamist terror group.

BUT… it is non-fattening.

Funny, both our social meda and that in palestine are guilty in the same degree of shoveling lots of propaganda, at best half or more like 1% truths, with the rest being bald faced lies.

I am curious. All those rockets the PA – Hamas – jerks fired into Israel, most knocked down by Iron Dome. Many – 20% (?) fell in Gaza. How many casualties from these?

There are about 13,500 people per square mile in Gaza. They are never going to tell us how many, but it can be estimated based on population density.

They’re not evenly spread around. Much of the Gaza strip is empty.

It’s the “Democrat” media. Just like the Nazi media of Goebbels wasn’t ‘mainstream’. It was just the Nazi media. Same with the ‘Soviet’ media.

Besides: what’s ‘mainstream’ about it, anymore?

Besides: what’s ‘mainstream’ about it, anymore?

The fact that it makes up the vast majority of the industry, by market share. That’s practically the definition of mainstream.

The vile Dhimmi-crats’ decades-long whitewashing, ignoring and rationalizing/excusing of Islam’s intrinsic pathologies and the worst behavior of its adherents — supremacism, totalitarianism, belligerence and hatred of non-Muslims — and, their ceaseless promotion of utterly contrived and fallacious narratives of alleged Muslim victimhood, are indefensible, despicable and evil.

were israel, would not particularly give a damn what the rest of the world thought/felt/refused to recognize about the palestinian terrorists/hamas/etc and especially not the anti-israel “progressive”/woke/dem/fascist idiots here in the us