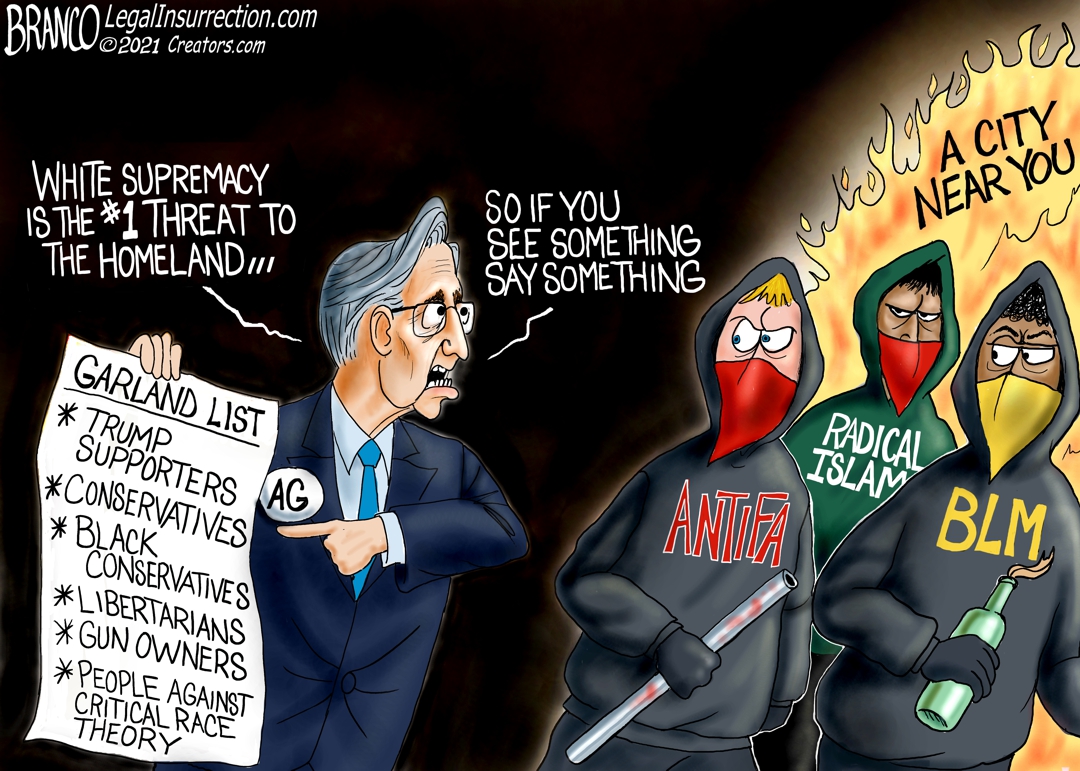 A very sad commentary on our times and the sorry state of the Dimocratic Party. Dementia Joe is picked a real winner with Merrick Garland. Thank God this clown didn’t make it on the Supreme Court. What a pathetic AG.

Garland has thrown down the gauntlet, and Biden reiterated it.

Don’t be as dense as enougj Jews in Germany were when they heard this threat from newly electef Nazi leaders.

The democrat party is officially a fascist movement. We know what’s coming next.

Spot on again! We need to ruthlessly mock their attempts to paint everyone not in agreement with them as domestic enemies!

We need to ruthlessly prosecute their attempts at sedition and treason and HANG the ones who are found guilty.

Anti1A is just an idea, and the idea is to burn down federal buildings, but it’s okay as long as they do it at night.

All I can say is it’s a good thing he is not in a lifetime position such as a Supreme Court Justice. The man is definitley not qualified to be a judge. And he is not qualified to be head of DOJ because he doesn’t know the meaning of the word justice and doesn’t care about the truth. He’s nothing more than a robot filled whose head is filled, not with electronic parts, but dirty, rotten, filthy, stinking excrement. If there is a place called hell, this guy is going there.

There is no such thing as buyers remorse and a do over, you own this vote.

the molotov belongs in the hand of the terrorislamist and the blm obama son is usually caught with a gun.

Takes us back to the progressive days of the Democrat-affiliated KKK that would wear hoodies and mask their appearance while terrorizing businesses and neighborhoods. Take a knee, beg, good boy, girl, whatever.

Our school board has poised that anyone opposing BLM is a white supremacist… interesting to see how they work this logic around to stifle any opposition to their BS.