VIDEO: College Prof Argues With Student Who Tries to Defend the Police

VIDEO: College Prof Argues With Student Who Tries to Defend the Police 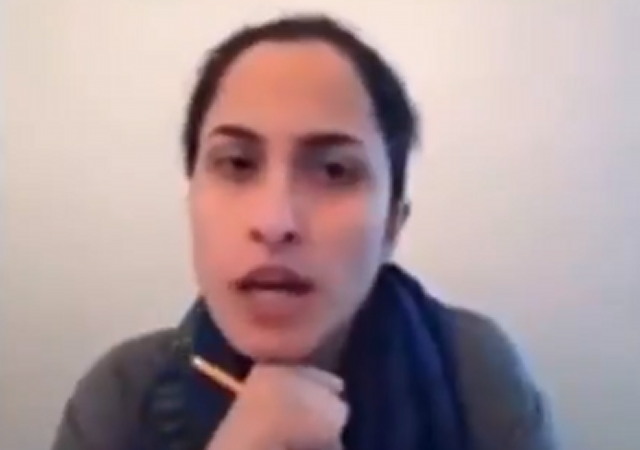 This happened at Cypress College in California, and it’s difficult to watch. The student is making a rational, reasonable defense of the police, and the professor keeps interrupting with progressive talking points.

Student Braden Ellis at Cypress College was berated by his professor for sharing his opinion that police are heroes. This is the lunacy + discrimination that young conservatives face in college And the left wing teachers never face serious consequences for this discrimination. pic.twitter.com/dJZuav45AI

Since the video went viral, the professor has taken a leave of absence.

The California college professor caught on camera berating a student for supporting the police has taken a leave of absence after the video went viral.

The unnamed Cypress College educator got into a heated argument with her student Braden Ellis, 19, when he said that he thought police were “heroes.”

Ellis told “Fox & Friends Weekend” on Saturday that he believed his teacher was trying to catch him in a “gotcha” moment, but he remained calm throughout the exchange.

“I think they are heroes, in a sense, because they come to your need and help you,” Ellis said on the video call, which was first reported by the Daily Wire. The professor repeatedly interrupts and talks over Ellis as he tries to defend his point following a presentation, according to the video.

The exchange drew enough attention that the teacher ended up taking a leave of absence, and Cypress College released a statement in support of the exchange of ideas.

“Cypress College takes great pride in fostering a learning environment for students where ideas and opinions are exchanged as a vital piece of the educational journey,” said a statement posted on the college’s website. “Our community fully embraces this culture; students often defend one another’s rights to express themselves freely, even when opinions differ. Any efforts to suppress free and respectful expression on our campus will not be tolerated.”

“Any efforts to suppress free and respectful expression on our campus will not be tolerated.”

Wake me when you fire the prof.