The threat to free speech posed by ‘Diversity, Equity, and Inclusion’ initiatives at colleges and universities no longer can be ignored. 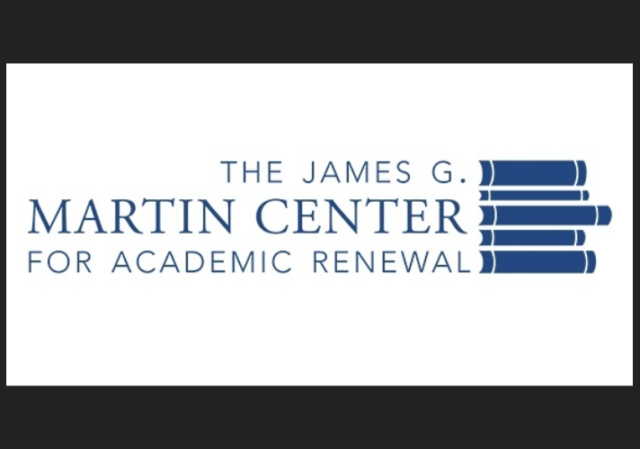 Our friends at The James G. Martin Center for Academic Renewal are having a timely webinar on May 13, at 2:30 p.m. Eastern, How Diversity Efforts Can Threaten Free Speech.

If you like the work that Legal Insurrection does, you will love the work the Martin Center does in defending and supporting free speech and academic freedom on campus, and true diversity viewpoint. It’s an uphill battle, for sure, but George Leef of the Martin Center and others really help advance the cause.

You can Register Here.

Here is the description from the Martin Center website:

In a conversation moderated by Martin Center president, Jenna A. Robinson, three panelists will discuss the threat to free speech posed by DEI initiatives at colleges and universities.

She is admitted to practice before the United States Supreme Court, the United States Court of Appeals for the Fourth Circuit, various federal district courts and all North Carolina Courts. She is a frequent speaker at continuing legal education programs and has published scholarly articles in law reviews, whitepapers and op-ed commentary.

Stanley Kurtz, Senior Fellow at the Ethics and Public Policy Center. He has led the campaign to reform federal subsidies to academic programs of “area studies” under Title VI of the Higher Education Act, and has co-authored model campus free speech legislation adopted by several states.

Mr. Kurtz’s latest book, The Lost History of Western Civilization (National Association of Scholars), offers both a critique of deconstructionist history and a new way of looking at America’s cultural conflicts.

Terry Pell, President of The Center for Individual Rights. Mr. Pell received his Ph.D. from Notre Dame in 1996, his J.D. from Cornell Law School in 1981, and his B.A. from Haverford College in 1976.

Prior to working for CIR, Mr. Pell worked as an attorney with the firm of Arent, Fox, Kintner, Plotkin & Kahn. From 1985-1988, Mr. Pell was a Deputy Assistant Secretary for Civil Rights in the U.S. Department of Education. He later served as General Counsel and Chief of Staff at the Office of National Drug Control Policy. He joined CIR in 1997.

I plan to attend, I hope Legal Insurrection readers will as well.

It’s always great to see more of these events. Each is one more straw on the back of the “diversity” camel.