“incorporates the historically inaccurate and ideologically-driven 1619 Project and the discriminatory and misleadingly titled Critical Race Theory concept of “anti-racism” which actually is neo-racist as commonly used.” 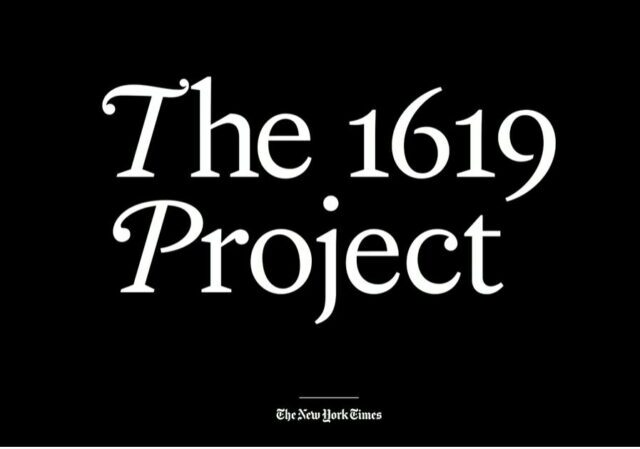 We have covered the ahistorical 1619 Project and the neo-racist “antiracism” of Ibram X. Kendi many times. There is a growing grassroots and state legislative movement to keep these Critical Race Theory variants out of education.

One of the high priorities of the Biden administration, however, is to force those teachings into public elementary and secondary schools through the federal Department of Education via a Rule Proposal, Proposed Priorities: American History and Civics Education.

Education Week described the heart of the Rule Proposal:

The Biden administration wants a grant program for history and civics education to prioritize instruction that accounts for bias, discriminatory policies in America, and the value of diverse student perspectives.

In describing the basis for the new grant priority for American History and Civics Education programs, the administration cites the scholar and anti-racism activist Ibram X. Kendi, as well as the 1619 Project, a New York Times Magazine project that highlights slavery and its legacy as a central element in America’s story.

“It is critical that the teaching of American history and civics creates learning experiences that validate and reflect the diversity, identities, histories, contributions, and experiences of all students,” the April 19 notice in the Federal Register states.

The proposal has met with substantial opposition, including this from 39 Republican Senators:

“This is a time to strengthen the teaching of civics and American history in our schools. Instead, your Proposed Priorities double down on divisive, radical, and historically-dubious buzzwords and propaganda. For example, your Proposed Priorities applaud the New York Times’s “1619 Project.” This campaign to “reframe the country’s history, understanding 1619 as our true founding” has become infamous for putting ill-informed advocacy ahead of historical accuracy. Actual, trained, credentialed historians with diverse political views have debunked the project’s many factual and historical errors, such as the bizarre and inaccurate notion that preserving slavery was a primary driver of the American Revolution. One renowned historian called the project “so wrong in so many ways.” Citing this debunked advocacy confirms that your Proposed Priorities would not focus on critical thinking or accurate history, but on spoon-feeding students a slanted story.”

Today was the last day for public comment. Over 15,000 comments have been received.

LIF strongly opposes the “Proposed Priorities-American History and Civics Education,” Docket ID No. ED-2021-OESE-0033 (the “Proposed Rule”) because it incorporates the historically inaccurate and ideologically-driven 1619 Project and the discriminatory and misleadingly titled Critical Race Theory concept of “anti-racism” which actually is neo-racist as commonly used.  For the reasons detailed below, LIF urges the Department of Education to withdraw the Proposed Rule.

A. The 1619 Project is Narrative-Building Masquerading as History

The 1619 Project is a political project first published in August 2019 by New York Times Magazine that seeks to change the historical narrative of the United States.  Its goal is to reinvent American history by asserting claims that have been widely debunked by historians and scholars across the political spectrum.  For example, two Pulitzer Prize winning historians who are generally considered to be liberal called the 1619 Project “so wrong in so many ways” and an “unbalanced, one-sided account” that “left most of the history out.”[1] Even the World Socialist Website called the 1619 Project “a radical falsification of history.”[2]  It is impossible to detail all of the inaccuracies in the 1619 Project in this comment letter, but we urge you to review and consider the website https://criticalrace.org/the-1619-project/ containing a compilation of reading material, criticisms, and other resources debunking the premises of the 1619 Project….

B. Ibram X. Kendi is an Idealogue Advocating A Neo-Racist Agenda

Thanks to Ilana Cutler,Esq., LIF’s Investigations Counsel, for helping draft this opposition.

THIS CASE IS HIGHLY IMPORTANT FOR ALL AMERICANS

Good luck. I hope all Americans support you in this. This is a fight for hearts and minds of our children and grandchildren.

Note well, this is the Legal Insurrection Foundation doing this. If you haven’t hit the “Donate” button recently, please hit it this week.

Thanks for the reminder. Just did

The problem with Kendi’s scenario is that all the people who were slaves are dead and all the people who owned slaves are dead. What Kendi is trying to do is to insert himself into a situation that happened to somebody else and he wants to benefit from it. And his plan is to make others pay, who had nothing to do with it. What is more, he would like to do all of this, not based on who did what to whom, but based on skin color alone.

How many millions of people with dark skin live in America today whose ancestors were never slaves? And yet they would profit from Kendi’s scheme. It’s all based on skin color, not who wronged whom, since that is not possible to determine, but what color is your skin. The color of Kendi’s skin is the only thing that matters to him. And he wants to benefit because his skin is black and he wants people who have a different skin color to pay for it.

It’s all about money. Just look at creeps like Al Shaprton and the new BLM millionaires.
Never make the mistake any of this is about “principle”. Just money – no matter the cost, to whomever the cost.

I never thought so many people could be so stupid as to fall for this crap. It’s such transparent grifting. But the media play along and that why the race-baiter’s have power. Media are their enablers and allow them to extort companies that fear being called a “racist”.

I though Sharpton’s credibility was destroyed by the Tawana Brawley affair. When her lie was exposed (she claimed to be gang raped by white guys – one a cop) – I thought we would never again hear from Sharpton. He has no shame and the media are immoral liars. — Anything to sell newspapers – and nothing sells like race war. Even if it means destroying the country in the process.

None of this would be happening on a federal level if the various GOP presidents had followed through on disbanding the Dept of Ed.

We should understand by now the lesson of which Obamacare was only the most recent demonstration: the Democrats sold their firstborns and used rubber hoses on recalcitrant Republicans to get it passed… because they knew that once a government benefit is passed, it never, never, never, never, EVER gets repealed.

This needs to be fought at every level.
Locally, contact your school boards and make your voice heard. Run for school board!
Contact your state reps and request they prevent this from occurring in your state. There has been success in several states this way.

Deconstruction doesn’t work if you hate the system you’re analyzing, because it depends on insights about what you yourself are doing. It’s a self-deprecation of your own authority as well as others’, to produce the course actually being followed.

Derrida would be the explicit model, or some of the great sociologists like Erving Goffman.

“Deconstruction” doesn’t work at all. It’s simply tearing something down to replace it with some sort of Marxist framework. I saw the damage Foucault, Derrida and their ilk did to the discipline of history. Now their antics are bearing fruit.

Guys might like Derrida’s _Spurs_ (short, skip the preface by somebody else). Women _The Post Card_. So you don’t have to go by hearsay about it.

Now once again to the Tip Jar.

Thank you for this valuable work.

The effrontery of it all…..

I always knew the left’s progressions were toxic, dangerous, and destructive of civilization. I knew it in my mind. But actually seeing it happen, I am shocked, I am stunned, I am appalled, and I still cannot believe it. I thought we would stop it before it retrograded to this point.

“two wrongs don’t make a right” The people who did the wrong are dead. And the people who were wronged are dead. And the people he wants to discriminate against today in order to “right the wrong” had nothing to do with it. All he is doing is making accusations. His only criteria is: skin color. His skin is black and he is demanding black privilege. And he is demanding it paid for by those with another skin color.

Imagine if a public school system in a reliably conservative state – like Oklahoma or Nebraska – adopted a curriculum on ‘racial education’ that focused on the racist history of abortion and in the process and quite transparently, advanced a very anti-abortion philosophy. How long would it take liberal legal groups to secure a permanent injunction against such a program, weeks or days?

Hours. And most of them would be travel time to the courthouse to file in a way so that the most leftist judge gets assigned.

I’m pleased to report that we had elections for 2 seats on our local Board of Education, and the two candidates who clearly wanted to keep CRT out of our schools won, which ousted one incumbent. Before this, the leftist candidates were consistently winning.

This is one of the great issues of our time.