China Will Allow Families to Have Three Children

China Will Allow Families to Have Three Children

“The number of births in China stood at 12 million in 2020, an 18% drop from a year earlier and the fourth straight year of declining births…” 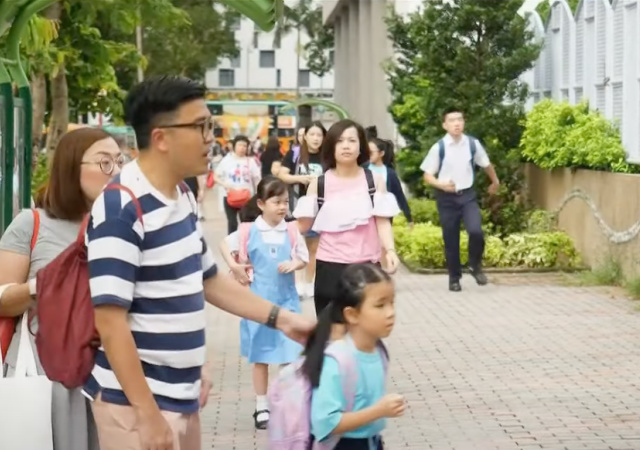 Aw, Communist China has decided to allow its citizens to have three children! Isn’t that so sweet?

Gee, did anyone see China’s one-child and two-children policies ever working out? Now the communist country is scrambling after the policy change to two children in 2015 did not help as fast as they hoped:

The number of births in China stood at 12 million in 2020, an 18% drop from a year earlier and the fourth straight year of declining births, following an increase in 2016. The data, released in this month’s government census, was seen as a major factor in pushing Beijing to further relax its birth restrictions.

The Politburo also said the government would gradually raise the national retirement age, without elaborating.

China had a one-child policy in some areas since 1978, but the government did not enforce it until 1980. The government forced women to use birth control or have abortions. If they did not follow through then officials would impose massive fines.

Families preferred to have sons. The government outlawed sex-selective abortions and did not allow parents to find out the baby’s sex before birth. What do you think happened then?!

Then we have the cases of “birth tourism.” Chinese women would give birth to their second child in another country so the child can obtain citizenship in that country. The feds charged three people in Southern California in 2019 for this practice:

All were charged “conspiracy to commit immigration fraud, international money laundering and identity theft,” according to the DOJ statement.

The charges stem from a 2015 raid of dozens of so-called “maternity hotels,” often upscale apartments, where mothers-to-be paid between $15,000 to $50,000 to give birth in the US, according to a statement given at the time by US Immigration and Customs Enforcement (ICE).

In total, the DOJ unsealed indictments that charged 19 people. Dongyuan Li, 41, who was one of the three arrested, is alleged by the DOJ to have received $3 million in international wire transfers from China in just two years, serving more than 500 Chinese birth tourism customers.

The indictment details communications Li allegedly had over whether to refund a down payment because a customer found out that her baby was a girl and “her husband had arranged an abortion for her.”

The other two defendants arrested, Michael Wei Yueh Liu, 53, and Jing Dong, 42, are accused of operating a company called USA Happy Baby Inc., that charged ‘VIP’ customers up to $100,000. The indictment also alleges that Liu and Dong used 14 different bank accounts to receive more than $3.4 million in international wire transfers from China during 2013 and 2014.

too little too late. It will take 18 years for this to make a difference. And by then?

Just wait until the Chinese Communists start mandating that women have three (or more) children! This will be much hard for Western feminists to cover up they way they did forced abortions.

And stay barefoot, and in the wet market.

There must be a compromise position, a rational position, per chance moral position: between barefoot, pregnant, and in the kitchen, and appointed, available, and taxable. Men and women are equal in rights and complementary in Nature/nature. Reconcile.

Under communism, anything not forbidden is mandatory.

“Your body; your duty to the Party”

30 Years after the One Child Policy, China is running out of 30 year olds.

China has the quickest aging population in the world and will soon catch up to Japan with a terminal demography. Wage rates have increased by a factor of 10 in the last 15 years. And, wages in China are now comparable to wages in Mexico.

The Demographics show that China will never become a consumption led economy and will have to stay an export led economy forever.

How long before officials decide that they should personally help women conceive?

Great Leap was equitable and inclusive. One-child was a disaster with “benefits”. Selective-child is depraved and progressive.

Chinese women would give birth to their second child in another country so the child can obtain citizenship in that country.

“Aw, Communist China has decided to allow its citizens to have three children! Isn’t that so sweet?”

The secular gods and goddesses have spoken. Girls and boys, of course, of course, lack the dignity and agency to self-moderate. Take a knee, beg, good girl, good boy.

Girls in dresses and long hair. Boys in pants and short-cropped hair. Babies on their minds, in their hearts. Friends with “benefits” or commitment. Social constructs or a favorable juxtaposition of the sexes. Normalize, tolerate, or conflate?

Searching this photo diligently for face hardware, sleeve or neck tattoos, drag clothing/hair/makeup, feces/needles on the sidewalk, transitioning children, or minority groups agitatedly blocking thoroughfares. Am coming up empty. Please donate to my GoFundMe so I may continue the search.

It happens. It may be rejected. It may be tolerated. But, there is no cause to normalize it. There is a discernment of intrinsic and emergent choices. The Chinese have their faults. This is not one.

Male, female, and other.

China needs to beef up the population numbers before WWIII.

Another way to look at it is that (compared to its women) China has a giant surplus of military age men that it may be advantageous to somehow expend.

We have a giant surplus of military age illegal men who would fight against us if we ever went to war with Mexico.

It doesn’t matter. China’s demographics are wrecked, practically terminal. In a couple of decades the entire place will be an old-folks home with four pensioners for ever worker.

This doesn’t even count the geographical dislocation of taking mostly young women to cities to live in dormatories while leaving young men in the countryside AND the huge imbalance of men to women to begin with as there are tens of millions of chinese men who will never find a suitable woman.

But China has already shown great expertise in creating novel death plagues that specifically target the retired, so no worries.

Meanwhile they sterilize the Uyghurs