How dare Gadot speak up for her home country and pray for peace. What a monster! 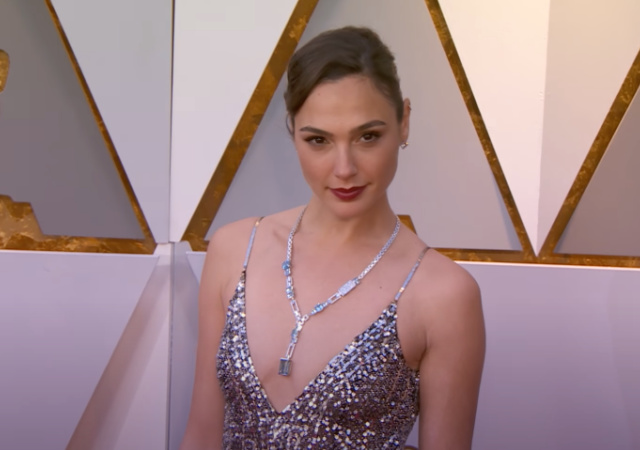 Israeli actress Gal Gadot, the star of the Wonder Woman movies, received intense backlash and disgusting comments because she dared express sympathy for her home country.

I totally understand why she turned off comments on the tweet. People could still quote tweet it.

Like every Israeli, she served in the Israel Defense Forces (IDF) for two years and then went to college. She built her modeling and acting career while at IDC Herzliya.

The Nazis imprisoned Gadot’s grandfather in Auschwitz. He survived but lost his entire family in the Holocaust. Her grandmother escaped Europe before WWII began.

It’s important to remember these facts when reading the anti-Semitic and misogynistic replies to Gadot’s please for peace.

Girl fuck you and your country. https://t.co/8fMxuhPbYp

FIRST OF ALL, it’s not a war, it’s a mass genocide. second, your country isn’t real lmao, third “hope both sides find a solution" stfu you colonizer go to hell https://t.co/NDkJNhkAew

Prayers up to the entertainment reporter who has to decide whether to ask Armie Hammer about accusations of cannibalism or Gal Gadot siding with genocide before the interview is cut short.

What an utterly tone-deaf and stupid statement. She knows it too because the replies would’ve been turned on. https://t.co/HFst392vXn

Gal Gadot is wrong.
Israel is not at 'war' with Palestine. Israel is butchering Palestine.
Again.

corrections, @GalGadot: Palestine deserves to live as a free and safe nation, the Palestines deserve to live as a society free from fear of attacks during the holiest time of the year.

Have the courage to mention the name of "your neighbor": the Palestines. pic.twitter.com/QEUu2An3f8

Also, Israel is making the same mistake America made in Vietnam, allowing bureaucrats to tie their military’s hands.

How about “Right of Return” of Jews to Mecca?

Wonder Woman should kick their ass

Beauty and the Beasts.

Old: “It’s totally natural for kids to have fatal knife fights! It’s a part of growing up!”

Hamas is the new Ma’Khia Bryant.

And they always pretend to be Victims™.

This is a test not only for Israel, but for the Biden Administration. Trump’s approach was unqualified support for Israel, cutting the Palestinians out of peace deals with Arab countries, and real pressure on Iran. The foreign policy set thought it was never work, was the thinking of rank amateurs, etc. The results were the Abraham Accords with the UAE, Qatar, and Morocco, closer ties to Egypt and Jordan, overflight rights over Saudi Arabia, and Suliemani getting what he richly deserved at the hands of a modified Hellfire nicknamed “the Ginsu.”

Iran, through Hamas, has dialed up the pressure to see what Israel, and indirectly, Biden, will do to the Palestinians who are useful, and disposable, pawns.

Don’t mess with my dream woman or I’ll knock you off, a-holes!