“This plan will help ensure future generations of Americans pass on the same love of country and freedom which our parents and our grandparents shared with you and me.” 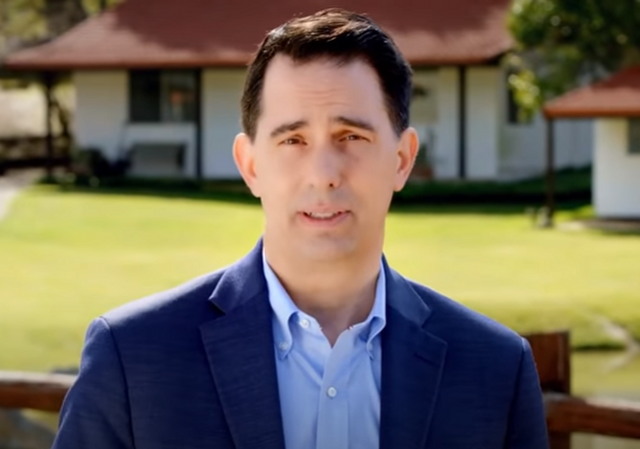 Walker is taking his new role very seriously, and has launched a campaign to take culture and education back from the left.

His plan is called “The Long Game,” and it’s meant to offer young people an alternative.

How Former Gov. Walker Is Providing a ‘Cancel Culture’ Alternative for America’s Youth

Many young Americans find themselves ill-equipped, under-supported, and facing intimidation when simply attempting to express their personal opinions and live accordingly. Fortunately, former Wisconsin Governor Scott Walker, now president of the Young America’s Foundation, has a plan to help.

By offering greater support, encouragement, and resources to open-minded students throughout the country, Walker’s 12-point action plan, dubbed “the Long Game,” aims to loosen the left’s stranglehold on institutions and fight back against the pervasive damage caused by “cancel culture.“

“The Long Game is the way we win not only the battle but also the war. It’s investing in our children’s children,” said Walker in press release. “This plan will help ensure future generations of Americans pass on the same love of country and freedom which our parents and our grandparents shared with you and me.”

Walker outlines the plan in this video:

Scott Walker is uniquely qualified to lead this battle and more people on the right need to get involved.

To get further information about how they’re going to perform this magic, you have to put your name on a mailing list.

I wish them well and I always liked Scott Walker even when he wasn’t cool. But I don’t see a viable path forward at the moment other than disengagement. I wouldn’t supply energy to a system that will use it for its own purposes. I think that rather than trying to Save America, it’s time to Defund America.

I wonder if Scott Walker knows that The Long Game is the title of Mitch McConnell’s autobiography, which I enjoyed reading a few years ago before I ever imagined McConnell could perform such a betrayal as he did at the end of 2020.

Long on rhetoric, short on details. Color me skeptical, though Scott’s leadership is cause to stay tuned.

I’d rather see him building a coalition of red states, enabling them to act as a bloc in resisting the progressive transformation.

He sounds a lot like Bill Bennett 25 years ago.