Why even have a mascot? 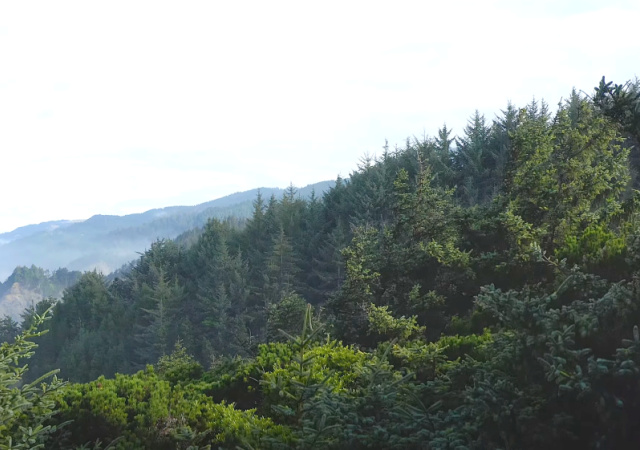 A Portland school is having an identity crisis. It changed its name from Woodrow Wilson High School to Ida B. Wells High School. (Excellent choice because why anyone would want to commemorate Wilson boggles my mind!)

It also voted to change the Trojan mascot. Evergreens topped the list of new mascots, but now some have concerns it has connections to lynching.

“Evergreens are characterized by the life-giving force of their foliage, the strength of their massive trunk, and the depth of their roots—in an individual tree and as a forest of trees,” Ellen Whatmore, a teacher and mascot committee member at Wells-Barnett High School said, reading from a resolution. “They provide shelter and sustenance. They have histories that preclude us and will continue in perpetuity after we are no more.”

But just before the Portland Public Schools Board of Education’s vote to approve the new mascot Tuesday, March 30, Director Michelle DePass shared community concerns of an unwanted correlation between Ida B. Wells—the historic Black activist, and Pulitzer Prize-winning journalist who documented and crusaded against lynching—and a tree which could conjure up reminders of hanging people with ropes from branches.

“I’m wondering if there was any concern with the imagery there, in using a tree … as our mascot?” DePass asked the renaming and mascot committee. “I think everyone comes with blind spots and I think that might’ve been a really big blind spot.”

Wells, one of the most famous black women in history, fought to end lynching. She exposed the lies that whites only lynched black criminals.

Martin Osborne sits on the committee to choose a new mascot. He is the only black member.

Osborne confirmed they talked about trees and lynching. However, the members “were looking at the symbolism more as a tree of life, than a tree of death.” He continued:

Osborne said the committee’s idea of the evergreen “had nothing to do with the horrible history of lynching in the United States.”

“Lynching tress typically are not evergreens,” he added, saying deciduous trees with large, lower branches were typically used to hang Black people in the south.

Principal Filip Hristic and Whatmore said Evergreens is “a great way to capture more of a local connection the school’s identity.”

The Douglas Fir, a member of the evergreen family, is Oregon’s state tree. They are strong and hearty trees! Plus, people think of evergreens when they think of Oregon and Washington.

Just go back to Indian tribe names. No one will care! /

Sounds like another case of white leftists projecting their lunacy onto black people.

1960s satirist Tom Lehrer had a song entitled “Smut” wherein he had the line, ‘When correctly view, everything is lewd.”

Or as we oft say, “When all you have is a hammer, everything looks like a nail.”

To Lib/Prob/Dems, when you biggest hammer is “THAT”S RACIST!”, everything you see is racist, especially the Dems, progenitors of the Dixiecrats and its Dem terrorist enforcement organization, the KKK.

For today’s Plantation Dems, “old times there are NOT forgotten,” but wistfully longed for once again.

Evergreen, after one of the worst colleges in America that’s right there in Oregon — Evergreen State. Remember the ruckus they had there a few years ago, students mobbing a prof. who they said wasn’t woke enough, university administration taking the students’ side.

I’m sad to say that Evergreen State is here in Washington, and we taxpayers in Washington are forced to pay for their lunacy.

The Evergreen mascot is a geoduck, a type of giant clam (not kidding)

UC Santa Cruz chose the Banana Slug as its mascot.

In other words, they’re an “everyone gets a participation trophy” kind of leftist whacko school and have been for decades, at least since I went to UCSB in the mid-80s. A fine place to go if you’re if into unshaven, unwashed, overweight hippie chicks wearing peasant skirts and Birkenstocks. That appeals to a certain type of beta-male who’d be an incel anywhere else.

In other words, they’re a bunch of losers and always have been. So a “slug” is the perfect mascot for them.

I don’t know how Evergreen has survived. In Olympia, the home of white gods, in Washington state named after a white colonist slave owner.

Unfortunately Evergreen State, like Oberlin College, is one of those schools that can only be reformed by Caterpillar D9.

Evergreen is in Washington state (about four miles from where I sit).

Somebody could be triggered kettle drums owing to cannibalism. No 1812 overture.

Even the trees are racist! Here’s their dirty little secret; during the decades of Jim Crow trees used to compete to have black people lynched on their branches.

How about the Bears for a mascot? No, wait, can’t. They come in three colors. White supremacist Polar bears and oppressed and exploited indigenous bears of color; the Brown and Black bears.

Everything is racist, even the wildlife.

So, I guess crows are out, too.

But you didn’t have to put it where I might accidentally read it!

Lynching tress typically are not evergreens

Typically? Can someone tell me when an evergreen tree was used to hang someone?

I looked this up, and I can only go by what I found, but apparently there has been one (1) documented lynching in Oregon’s history. They didn’t use a pine/spruce/cypress tree, they hanged him from a beam. All you have to do is look at any kind of evergreen and say – hmm, those branches couldn’t even hold the rope.

If you can tie the entire concept of “tree” to racism, everything can be tied to racism.

The stupid in this country….

That comment caught me as well. You might as well try to use a birch.
(Say, wasn’t it Robert Frost who wrote a poem about “swinging birches?”
There you have it — racism!)

Swinging birches. I’ve seen them! Someone went into a grove of them with a portable phonograph. The gut with the phono put on Ozzie Nelson ‘s Swingin’ on the Golden Gate and the rest was an amazing sight.

The poem was “Birches” and about “bending” them. Inexplicably a favorite poem of one of my junior HS English teachers. He was otherwise fairly sane.

I’m looking outside at a number of evergreen trees in the yard, and I can’t see one branch strong enough to do that job reliably.

Yes, you’re right about hanging something the size and weight of a person from the branches (the branches on our Christmas trees used to sag just form the ornaments, lights and tinsel). But consider. The one case of lynching in Oregon (I trust your research) involved hanging someone from a beam.

Again, this is Oregon. Evergreen trees are the most abundant type of trees in the state. And you can cut down the entire tree and turn them into logs. And you can hew beams out of the logs (search for “heart pine beams” and you’ll find lots for sale). Odds were the beam ultimately came from an evergreen tree.

So we’re still back to the racist implications of using any kind of tree as a school mascot.

Let’s cut down all the trees so no one will be reminded of lynching … oh wait what about the environment?

It’s so confusing to be a leftist.

Absolutely ridiculous. They’re afraid to use the mascot because somebody (!) might (!) think (!) it has insensitive (!) associations (!)

I’m so old I can remember when we waited until somebody actually started crying before we decided they’d been offended.

But that was oppressive and risked harming them with a microaggression. Silence is violence!

And then we told them that big girls don’t cry.

All the stars in the sky, the moon, the sun, the oceans, mountains, trees, plants, rocks and animals existed when there was slavery across the earth, and even now. Nuke the planet from space, it’s the only way to be sure.

Stated mater-of-factly as if lynchings were a “typical” event!

Back in the day when no tree was readily available, they supposedly used a wagon tongue. Who’s to say the wagon wasn’t made from a fir tree?

Liberal Playbook: Liberals are immune to facts. No Photos or documents or proof have influence on liberals. Their reality cannot be altered. AKA useful idiots.

I disagree with the useful part. OK, maybe their bodies would help stop a levee breach, but that’s all I can think of……..

So I take it another school had already claimed the mascot “Clueless Wusses”?

For some reason this story reminds me of the song released by Rush back in 1978.

“There is unrest in the Forest
There is trouble with the trees
For the Maples want more sunlight
And the Oaks ignore their pleas.

The trouble with the Maples
(And they’re quite convinced they’re right)
They say the Oaks are just too lofty
And they grab up all the light
But the Oaks can’t help their feelings
If they like the way they’re made
And they wonder why the Maples
Can’t be happy in their shade?

There is trouble in the Forest
And the creatures all have fled
As the Maples scream ‘Oppression!’
And the Oaks, just shake their heads

So the Maples formed a Union
And demanded equal rights
‘The Oaks are just too greedy
We will make them give us light’
Now there’s no more Oak oppression
For they passed a noble law
And the trees are all kept equal
By hatchet,
Axe,
And saw…”

The band members claimed it had no deeper meaning. But it’s a perfect metaphor for the evils of socialism, where those of lesser ability demand that the government provide equality of outcome. Another word for equality of outcome being of course “equity,” which is all the rage among anti-American leftists these days. By hachet, axe, saw, bayonet, bullet to the back of the head in some secret police dungeon, gulag, or mass murder, “By Any Means Necessary,” another term that’s all the rage among these leftists these days.

And people allow these &@$&%@$(*&%@$ to have control of their children’s minds and hearts 6-8 hours a day. If you live in this area and send your kids to public school, you are committing child abuse.

And, yes, I’m hoping we can get those wolf habitat re-introduction programs moving along faster. If there was an area that needed it…….

Well I have a back up reason.

Wood comes from trees
Crosses were made of wood.
Jesus died on the cross.
Therefore trees might be deemed to symbolize Christianity.

Well, Andy, you seem to have missed this angle.

“Wood comes from trees
Crosses were made of wood.”

And the KKK burned crosses made of wood!

Once again, in addition to all the other reasons I already mentioned, the trees are raaaacist.

To hang someone from an evergreen you’d have to cut it down, saw it into lumber, and build a gallows. Not likely for a lynching.

If they called themselves the Bonsais these same idiots would say: “Ruh roh, somebody could do a tiny hanging!”

Can someone explain how we’ve allowed stark raving mental patients and zombified cult members to exercise any power other than the timing of their own bathroom habits?

Just how brain dead does one have to be for euthanization to be an option?