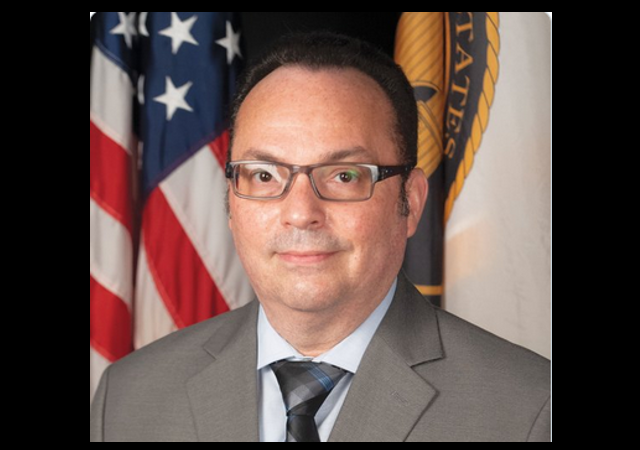 Earlier this week, I noted that the new chief of diversity and inclusion for U.S. Special Operations Command was under investigation for controversial social media posts, including one that compared former President Donald Trump to Adolf Hitler.

The in-depth social-media scouring of Richard Torres-Estrada has led the Pentagon to “circle back” on its hiring decision.

US Special Operations’ new “chief of diversity” has been reassigned just days after he was appointed, amid an investigation into social media posts in which he compared former President Donald Trump to Adolf Hitler.

A Department of Defense official confirmed the reassignment of Richard Torres-Estrada to Fox News on Tuesday.

Torres-Estrada’s appointment as chief of diversity and inclusion was announced just last Thursday by the US Special Operations Command.

But by Monday, Pentagon press secretary John Kirby confirmed a probe into Torres-Estrada’s social-media posts, which include an image juxtaposing Trump and Hitler and an anti-police political cartoon.

“Obviously, we take the need to promote diversity and inclusion seriously here in the department,” Kirby said during a Monday briefing, according to Fox News. “The secretary [of defense, Lloyd Austin] has spoken to that many times. And we certainly want that work to be transparent, to be credible, to be effective, and of course professional.”

It seems the US military will still be treated to Torres-Estrada’s tolerance and professionalism:

Special Operations Command spokesman Kenneth McGraw told CNN Torres-Estrada has been reassigned pending the results of the investigation. He did not say to what position Torres-Estrada was reassigned, but McGraw says he remains within the combatant command. Special Operations Command oversees operations for the military’s elite units, such as the Navy SEALs, Army Rangers and Delta Force.

We have forms of bias that exist in our formation, making the journey of some of our teammates and family members a painful one. Our system creates barriers to accessing a broad range of talent, skills, and perspectives which we genuinely need on our team. These long-standing issues require change in our organizational norms, attitudes, and behaviors.”

One has to wonder if any political diversity will be allowed? Additionally, this document’s bureaucratic preparers have achieved a remarkable level of vagueness on goals and objectives in this 20-page extravaganza. It reads like the first phase Critical Race Theory training:

At the time, “85 percent of special operators surveyed were opposed to letting women in their specialties,” she said.

In other words, it may be hard to make changes without a timeline, or quantitative goals, the organization can hold itself to.

At the time of publishing, SOCOM had not responded to a request for more information on how many women and minorities have held some its top leadership positions. It also had not responded to questions about the reasoning behind its open-ended objectives, versus setting numbers goals.

There is no way any of this ends well for the country or the men and women who have volunteered to serve this nation. Torres-Estrada’s reassignment is putting a bandage on a victim who has had an accidental amputation.

All about diversity unless it doesn’t fit his narrative.

The only way to achieve true diversity is to draft every person, male, female, citizen or non citizen, healthy or ill, melinated or pale, smart or dumb, wealthy or poor, privileged or burdened, for two years the day they turn 18.

The top priority for personnel doing Special Operations should be that they are physically and mentally capable of getting the job done.

“Obviously, we take the need to promote diversity and inclusion seriously here in the department,”

Really? Obviously? Why? How does “diversity” or “inclusion” help you kill the enemy more effectively?

Their major concern is not about having armed services with the ability to win wars. The first priority is in having forces loyal to the regime, to help them remain in power permanently. Tyrannical rule requires a monopoly on the use of force — purging the military of potential opposition, and disarming the public.

It won’t be so obvious if they ever have to fight a war against the 99% male Chinese Red Army.

He will be replaced with someone worse who holds the same views but has a modicum of restraint with their tongue.

They’re going to end up with a lot more blown operations and get a lot of people killed.

Unfortunately, SoCom will end up with a zampolit who is intelligent enough to guard his/her/its words. Too bad. We need them to be unable to keep their mouth shut. They’re easier to identify.
.

Consequences? Still gets paid every Friday.

None of this really means anything, except that the regime misjudged how much opposition there is to their policy, and that they shouldn’t have made a public show of this Marxist idiot and what they intended him to do. Their purge of the armed forces will continue, but without the publicity.

There are some bad bad things going on in the military. Check out the CNO’s “Professional Reading List” – under “Sailors – Foundational.”