“I was upset that the city of Los Angeles would suggest to me that I would go into a homeless shelter, when I own property in the city” 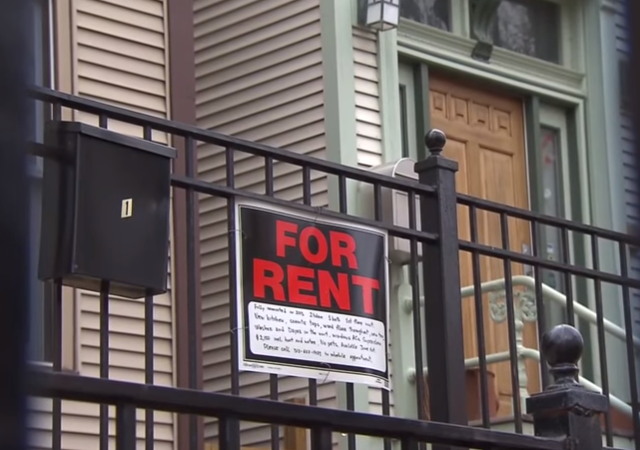 As a result of the pandemic, millions of apartment renters have not paid any rent in months. In many places, they don’t have to due to official freezes on rent and evictions.

But what about the people who own these properties? Who is helping them?

In Los Angeles, one landlord has been reduced to living in his car.

A Los Angeles property owner says the eviction moratorium currently in place due to the COVID-19 pandemic is preventing him from moving into one of his own rental units. Now, he’s living out of his car.

“I was upset that the city of Los Angeles would suggest to me that I would go into a homeless shelter, when I own property in the city,” said the man, who did not wish to disclose his identity.

He says he’s going through a divorce, has been displaced and needs a place to live.

Despite owning a duplex in the West Adams District, he says he’s forbidden from moving a tenant out of one of the units so he can move in.

He says his tenants have been paying rent, but added that the COVID mortarium on evictions prevents him from filing a declaration of intent to move a tenant out, so he can occupy one of his units.

He added that his property falls under rent control, which has left him with next to nothing after pouring large amounts of money into city-enforced upkeep of the property.

I was amazed when I searched YouTube on this subject to find dozens of news stories just like the one above. Here’s a recent report from ABC News:

This story shows how everything in our economy is tied together. It also shows why shutting down the country for the better part of a year was a horrible idea.

Here’s another report on property owners from Bloomberg, via Yahoo News:

More than a year since Covid-19 lockdowns put millions of apartment dwellers out of work, almost $47 billion in U.S. government rent relief is hitting the streets. For many landlords, it’s coming much too slowly.

Joaquin Villanueva, an airport janitor who owns a three-unit rental house in East Boston, had to take out a home-equity loan just to pay the bills. One tenant, eight months behind on rent, vanished one night in March. An unemployed restaurant dish washer in another unit owes $5,000.

“I don’t want to lose my house so I’m doing whatever I have to do,” said the El Salvadoran immigrant who wipes the floors at nearby Logan International Airport. “I’m not rich like a Donald Trump.”

While the government passed sweeping measures last year to prevent mass homelessness among renters, there was no targeted help for mom-and-pop property owners who provide much of America’s affordable housing. Like their tenants, these landlords are more likely to be nonwhite or to be immigrants using real estate for their economic foothold. Now, mortgage, maintenance and tax bills are piling up, putting landlords in danger of losing their buildings or being forced to sell to wealthier investors hunting for distressed deals.

I hate to say it, but I believe this is going to get worse. This will have a ripple effect, and what we see now is just the beginning.

Who could have predicted that Outcome?answer is Everyone.

But “landlord” is a swear word in Commiespeak, so they have no rights that deserve honoring.

Fully insured? Be a pity if the property burned down….

Did President Trump start this travesty?

No. The likes of you did.

Because reviving once-depressed neighborhoods is a prime example of white supremacy. They MUST be abolished to make way for government-controlled slums.

One tenant, eight months behind on rent, vanished one night in March.

Cry me a river. That’s exactly what has happened in the apartment complex where I live. A large number of tenants took the first eviction/rent moratorium and then when the bills came due for the 8, 9. 10 months of rent they owed they simply packed up and did a midnight move out. A little more than half my complex is now empty because these bums thought that a “moratorium” meant they wouldn’t have to pay at all.

At least it makes for a quiet neighborhood.

that is because schools do not teach anymore. Especially vocabulary. well, especially EVERYTHING. But in this case, a knowledge of the meaning of words would help people understand what is happening around them.

Riffraff do not care as long as they get stuff for nothing. That is their nature.

Oh, don’t fool yourself. These bum tenants knew exactly what “moratorium” meant and what the eviction/rent moratorium program was offering. And then they exploited it and basically got a year rent/eviction free and then simply disappeared consequence free.

Too bad that landlords/owners can’t get together and create a blacklist of those tenants that own them hundreds or thousands of dollars. And then refuse to rent to these bums until what they owe is paid in full. That would violate their civil rights, you know. And we can’t have that.

When I first began working for myself, I explored what it took to put nonpayment of a judgment on a customer’s credit rating. For those people who never have, let me distill the answer: they only do it for members of the Big Boys’ Club, and you ain’t in it.

Good renters are more precious than gold. Bad renters are only good for horror stories. A good landlord will not just lie down. There’s a certain responsibility in filing suit against the deadbeats, and making an accurate credit report so the *next* landlord won’t get stuck in that fashion.

Problem is that you can file all the lawsuits you want to try and recover the money but if these bum tenants claim their don’t have it there’s no way for the landlord/owner to collect any judgement they might get. And the court will not garnish welfare payments. It’s not allowed.

A small, silver lining in the dark cloud is that an open lien or judgment will show up on their credit report and will hinder their attempts to pull that stunt again.

You’re overly trusting in the system. See my comment just above.

Check how much members of Congress made in 20 from their rent.

This doesn’t surprise me. Many liberals have this idea that every landlord has a vault stuffed with cash somewhere.

Waiting for Dems to offer solution….federalize all private property and then it into public houding. By the wa y isn’t this forced quartering of people without compensation a 3rd Amendment issue.? Aren’t we all “soldiers” in the fight against Wuhan Flu?

Saw this coming a long time ago:

1) Prevent the working class from working, so they can’t pay their rent.

2) Tell them don’t worry about the rent, because we’ll make it so the landlord can’t kick you out.

3) Now the landlord is left holding the bag, but of course he won’t get any relief on his mortgage(s) even though his tenants get government-mandated relief, so he gets squeezed out.

4) Next: fat cats step in and buy properties for a song, gobbling up everything in sight.

5) Congratulations! You’ve just made it even easier for wealth and power to be concentrated in the hands of an increasingly selected few. That’s part of what this planned-demic has been about – reducing the vast majority to serfs in a modern feudal system.

Everything is going according to the swamp plan. Everything.

Start the talk of secession, before it’s too late.

It is interesting to read the comments here. As a landlord, I have been stiffed by tenants. This inspired a sort of academic interest in the topic: deadbeats.

Most people that would be in position to comment here completely fail to understand deadbeats. The average honest hardworking person thinks a deadbeat is somehow like them, but just with less wealth. This is a fundamental error: the serious deadbeat is not like you. He has no intent to pay, no means to pay, no remorse and no concern. This attitude is not a few z-scores outside the way you think, but rather the mindset of the deadbeat is on the other side of a discontinuity in reasoning.

These mathematical terms are important because the whole concept of credit scores, bank loans, insurance, and especially collateralized debt vehicles, is based on the idea that risk and behavior is a continuous differentiable function where Gaussian methods and statistics can provide insight and support for judgement. This approach is WRONG when dealing with true deadbeats: there is no way to map their behavior into something you might understand.

I could write another book about this, but the audience for detailed uncomfortable reality is pretty small.

Yes, this is the “uncomfortable reality.” These people are amoral; they are users and takers. They cannot be redeemed.
They are hollow to the core.

You cannot help them. You can only protect yourself from them.