“In the process, Linfield University shamelessly conceded that it afforded the professor no due process” 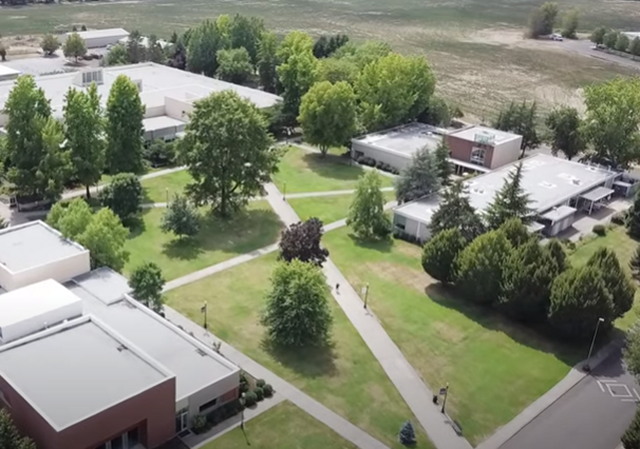 Linfield University in Oregon fired English professor Daniel Pollack-Pelzner this week “for cause” and for supposedly interfering “with the university’s administration of its responsibilities.”

The firing comes after Pollack-Pelzner complained about alleged sexual misconduct by a member of the board of trustees. But apparently, an allegation that the school president has made anti-Semitic remarks really set off his superiors.

Maxine Bernstein reports at The Oregonian:

Linfield University on Tuesday fired English professor Daniel Pollack-Pelzner, a public advocate for students and faculty who had complained about alleged sexual abuse by board trustees.

Pollack-Pelzner, 41, also earlier this month accused university President Miles K. Davis of making anti-Semitic comments to fend off criticism of how the school handled those sexual abuse complaints. Pollack-Pelzner first shared the allegations on a Twitter thread this month.

The university’s human resources manager summoned Pollack-Pelzner to a 4 p.m. mandatory meeting Tuesday and divulged little about the session, saying only that it regarded his “employment,” according to emails shared with The Oregonian/OregonLive.

An hour later, the school confirmed it had fired Pollack-Pelzner “for cause,” describing him as “insubordinate” and having “interfered with the university’s administration of its responsibilities.”

Unfortunately for the school, the Foundation for Individual Rights in Education has taken an interest in this case.

A university embroiled in sexual abuse scandals has abruptly fired a tenured professor who criticized the handling of those controversies and alleged that the university’s president and chair of its Board of Trustees made anti-Semitic comments. In the process, Linfield University shamelessly conceded that it afforded the professor no due process, claiming that “termination for cause” does not require due process if the cause is not “related to their responsibilities and duties as a professor.”

Yesterday evening, the Foundation for Individual Rights in Education (FIRE) sent an urgent letter to President Davis, calling on him to immediately reinstate Pollack-Pelzner and reaffirm the school’s promises of free expression.

“It’s shocking — and telling — that Pollack-Pelzner was forced out without an opportunity to defend himself,” said FIRE attorney Adam Steinbaugh. “President Davis has shown himself to be a bad actor, and this termination is a farce.”

Much of this seems to spring from comments the professor made on Twitter in March:

Thread:
The moment I knew that nothing would come of my claims that the @LinfieldUniv President and Board Chair had religiously harassed me was when I went to the head of HR, and she said: “Personally, I don’t believe the Jews have a secret agenda to grab power at all!” (1/23)

The head of HR told me that she had a Jewish neighbor who was the nicest man, and he would never try to grab power or anything like that. I had gone to HR because as the faculty trustee (and, as far as I knew, the only openly Jewish trustee) on the @LinfieldUniv Board… (2/23)

I had reported that four @LinfieldUniv trustees were accused of sexual misconduct by students and faculty over the past year. That’s more than 10% of the Board. Three of those trustees are still on the Board. (3/23) https://t.co/wOrWDtOiE5

Just to be clear, I was following the primary definition of sexual misconduct according to @LinfieldUniv policy: “any intentional sexual touching, however slight, with any object or body part, by any person upon any other person, without consent” (4/23) https://t.co/tbdpKZzBtd

It turned out that one of the @LinfieldUniv trustees, David Jubb, had previously been accused of sexually assaulting three students. Jubb remained on the board. The Chair was supposed to keep Jubb away from students and alcohol. He didn’t. (5/23) https://t.co/NAiNtJ3LlQ

The student trustee on the @LinfieldUniv Board said that Jubb then sexually assaulted her. After she filed a lawsuit, all the other allegations started to come to light. (6/23) https://t.co/66rfrecsDm

I told the @LinfieldUniv Board Chair that we needed to think proactively about sexual harassment training and guidelines for proper trustee behavior. To my surprise, the Chair accused me—a Jewish trustee—of harboring a secret agenda to grab power. (7/23)

There’s more but you get the idea.

The professor is lucky to have FIRE in his corner.

Just looked up Miles K. Davis of Linwood….just after a made a bet with myself about him….yep, he’s of the chosen race….black.

you cannot make this shite up

It’s the tenor of the times, my friend.

I can’t follow the charge, whatever it is. It all seems to be tied to #MeToo type movements, pick your victim group, and outrage. I assume they’ll kill and eat each other eventually and it will all calm down.

The professor is calling them out to enforce their own, very broad, definition of “sexual misconduct”.
https://www.youtube.com/watch?v=pBUYXGEqgEU

That’s the problem then. It’s a bad move to agree to the ridiculous standard, even if only to make them live up to it. What’s remembered is that you agreed to it.

Can they can abort the baby, cannibalize her profitable parts, sequester her carbon pollutants, and have her, too?

The Dhimmi-crats are vile. It is time to shine a light on these reprobates, and, expose their evil attitudes and hate-filled ideology.

I am not shocked about how they are treating an employee. I am shocked they have the hutzpah to self-identify as a “university.”

ya know, for as much as the snowflake generation – and their enablers – seems to hate jews (thanks PLO), they also seem to venerate and follow one: Karl Marx

So if their “worst fear” comes true – that jews are out to take over the world, they would have enabled it by supporting the stupid ideas of their favorite economist

Karl Marx was a Jew only under Jewish law. Neither he nor anyone else identified him as a Jew. He was born and raised a Christian, and became an atheist. He was also an open antisemite.

Let’s clarify: Female students can accuse a male student of rape with no evidence and that male shall be bounced out of school immediately with full force of a kangaroo court system, but if a female student accuses a trustee of sexual assault in a timely manner, a college shall go to all lengths to cover it up and destroy any who shed light on it.

Social justice. Recall the autonomy argument was shelved with a woman and man’s four choices short of Pro-Choice, the religion, the wicked solution. In desperation, they manufactured “rape culture”, protected social liberalism (e.g. friends with “benefits”, casting couches, responsibility avoidance, infantilization), and restarted the witch hunts and warlock judgments a la allegations of diversity (e.g. racism) in order to calm the conscious dysphoria and exploit em-pathetic apologies to force the public to take a knee

Sounds like a real bitches brew at that place.

That’s why I am so glad to be out of the lefty rat’s nest of academia.

Now parents have to realize that their money is wasted on tuition….

Presumed guilty until proven innocent beyond a reasonable doubt. is a fundamentalist tenet of the Pro-Choice religion.

so “for cause” includes the revelations that a university member/administrator/trustee has engaged in criminal activity(sexual assault)and those alleged actions can be corraborated? sorry, the school loses

hope he nails them for a bunch of $$$