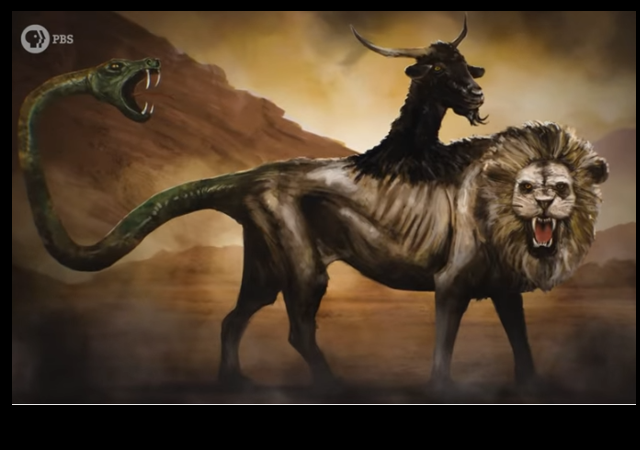 A team consisting of Chinese and American scientists has developed embryos from a mixture of human and monkey cells for the first time in history.

The embryos, which were detailed on Thursday in the scientific journal Cell, were created for scientists to uncover new ways to produce organs for people who need transplants.

The researchers injected 25 stem cells from humans, known as induced pluripotent stem cells (or ISP cells), into embryos from macaque monkeys. The scientists then grew the mixed embryos in test tubes for up to 20 days in order to study how the animal and human cells communicate with one another.

The idea behind the research is to determine whether or not monkey’s could eventually be able to grow human organs for transplants. According to the team of scientists, thousands of people die every year waiting for such transplants.

The mixed-species embryos are referred to as chimeras, for the fire-breathing she-monster in Greek mythology having a lion’s head, a goat’s body, and a serpent’s tail. The chimeras were studied for up to 20 days after they were created.

The scientists were led by Prof Juan Carlos Izpisua Belmonte of the Salk Institute in the US, who, in 2017, helped make the first human-pig hybrid.

Their work could pave the way in addressing the severe shortage in transplantable organs as well as help understand more about early human development, disease progression and ageing, he said.

“These chimeric approaches could be really very useful for advancing biomedical research not just at the very earliest stage of life, but also the latest stage of life.”

He maintained that the study, published in the journal Cell, had met the current ethical and legal guidelines.

“Ultimately, we conduct these studies to understand and improve human health,” he said.

While work of this type could lead to a solution to the critical problem of transplant organ shortages, ethical questions abound.

Specifically, critics worry that human cells could become part of the developing brain of such an embryo and of the brain of the resulting animal.

“Should it be regulated as human because it has a significant proportion of human cells in it? Or should it be regulated just as an animal? Or something else?” Rice University’s Matthews said. “At what point are you taking something and using it for organs when it actually is starting to think and have logic?”

Another concern is that using human cells in this way could produce animals that have human sperm or eggs.

“Nobody really wants monkeys walking around with human eggs and human sperm inside them,” said Hank Greely, a Stanford University bioethicist who co-wrote an article in the same issue of the journal that critiques the line of research while noting that this particular study was ethically done. “Because if a monkey with human sperm meets a monkey with human eggs, nobody wants a human embryo inside a monkey’s uterus.”

Another critique of this particular study centered on its use of primates.

Some question the need for such experiments using closely related primates — these animals are not likely to be used as model animals in the way that mice and rodents are. Nonhuman primates are protected by stricter research ethics rules than are rodents, and they worry such work is likely to stoke public opposition.

“There are much more sensible experiments in this area of chimaeras as a source of organs and tissues,” says Alfonso Martinez Arias, a developmental biologist at Pompeu Fabra University in Barcelona, Spain. Experiments with livestock animals, such as pigs and cows, are “more promising and do not risk challenging ethical boundaries”, he says. “There is a whole field of organoids, which can hopefully do away with animal research.”

Interestingly, human-human chimeras have been identified. In fact, the recent advances in DNA testing have resulted in some shocking discoveries for the affected individuals.

Scientific American explains that, when a mother is carrying fraternal twins, one of the embryos might die very early in the pregnancy. Then, the other embryo can absorb some cells from the deceased one. The resulting baby ends up with two sets of DNA.

Sometimes these chimeras make the news.

In 2015, a man from Washington took a cheek swab paternity test that said he was technically his son’s uncle, not his father. Further testing revealed that the man had different DNA in his saliva and his sperm. Genetic experts believed he was a human chimera, and he had absorbed some of his DNA from a fraternal twin’s embryo, BuzzFeed reported.

A woman named Karen Keegan wound up in a similar situation. Tests said she wasn’t the biological mother of her children, but it turned out that the DNA in her blood was different than the DNA in her ovaries. Doctors said her extra DNA most likely came from a fraternal twin — and in 2002 her story became a report in the New England Journal of Medicine.

The following video reviews human chimeras, for those of you who would like more background on this subject.

Your scientists were so preoccupied with whether or not they could, they didn’t stop to think if they should. — Ian Malcolm

Maybe I’m wrong but I thought this was done a long, long time ago

The ChiComs are involved and we know how good they are with things like this!

The Island of Dr. Moreau

Do these folks even read science fiction?

That was Mary Shelley’s entire point when she wrote “Frankenstein”. At that time, “scientists” were conducting public demonstrations with cadavers using electricity to animate their bodies. They were trying to convince us that we were standing at the door to immortality and that electricity was the key that would open that door.

Is it just me, or does this seem like an incredibly bad idea?

You joke, bit it probably is unnecessary. Such chimera organisms have been justified by either appealing to improving accuracy of results from species used to model humans or by appealing to the possibility of growing human replacement organs in another species.

I think I am fairly up to date on this kind of thing, but I am struggling to think of a legitimate reason for creating these particular chimera.

Brian Stelter is a potato! 🥔

Of course, merely running a long-term nationwide campaign to encourage people to donate their own or their loved ones organs in order to save the lives of others (donation WOULD become a positive cultural norm within just a few years) is just not as much fun as cutting and pasting demonic hybrids together in the laboratory.

If they ever want that to take off, they’d have to preserve ownership rights of the organs. Right now, organ donation is yet another collectivist enterprise — you have no say as to where your organs go. It’s like giving to the UF or CFC — you have no say where your money goes, and for all you know, you may be funding the welfare of someone reprehensible. (How would you feel to know your liver gave Hillary or Nancy another ten years?) But no, government loves community property and hates private property, so don’t ever expect them to make this change without a heck of a lot of activism.

Sounds disgusting. There is an article here about Biblical prohibitions on mixing species.
https://www.jewishvirtuallibrary.org/mixed-species
Alas, I read it and re-read it, and don’t have a handle on it.

and had to rummage through my clothes. All this poly-cotton is like a plague. We are doomed, I tell you, doomed!!!

Polyester is already its own form of hell…

Great to be working on “thin ice” ethical ly compromised science with the least ethical country on Earth, China.
I really trust the CCP who have made intellectual theft a fine art and have the ethics of a rattlesnake

Did you know there are actually professionals for hire, specially trained to vet your wardrobe against this prohibition? No joke.

Next step is to register them to vote.

When done by “scientists” like those responsible for the Kung Flu Virus, this definitely falls into the category of “Just because you can, doesn’t mean you should.” Kinda like “vaccines” that alter genetic material.

Ethically questionable experiments run be the exact same people who always go too far. What could possibly go wrong?

“The Americans are trying to replace their people, eh? I wonder if that could work here? Our people aren’t quite docile enough — what if we bred a less intelligent populace?”

That experiment has been a complete failure, you get problems when life is created duller than the norm, but smart enough to realize and resent its condition.

In communist countries, the norm is already pretty damn dull.

Nuke that facility just to be sure it’s destroyed.
And may God have mercy on their souls.

There are much more deserving targets, one example being Iran.

They’ll be great as the Flying Monkees in “Wizard of Oz II”.

Hell, they should just run for Congress.

Ethically, that type of bizarre experimentation would not be allowed here the USA. Whom every backed this did it with China because they know China has no ethics committees to stop it. It is despicable and dangerous.

Apparently, not that there’s anything wrong with that… anymore.

This is how it begins…

sounds a lot like The Island of Dr. Moreau

Ah, this modern world.
You would think that absolutely nobody anymore has ever read Revelations.
Or Dante’s Inferno.
Or Brave New World.
Or the US Constitution.

Speaking as an ***UGH-fundamentalist!, I’ve read all four on your list. And, by the way, it’s Revelation (or Apocalypse), without the s.

The qualifying statement of “In The Lab” in of itself on this venture, especially after the previous 18 months, poses the question, “What way possibile can this turn out to be a really bad idea?”

If and when these ‘engineered body parts’ are introduced into people’s bodies, at what point does this begin to change the components which make up one’s DNA and forever change the human race?

There was only one hand in creating our species, and it wasn’t in a Lab. It might take longer in evolution, but perhaps that was the original plan to begin with. Time and money would be better spent acknowledging and supporting the benefits of organ donations to augment the failings of a human life.

“Nobody really wants monkeys walking around with human eggs and human sperm inside them,”
Ummmm…. that might be a bit too absolutist of a statement. The same sorts of folks who think they can bring heaven on earth politically, when residing in the mind of a scientist turn exactly into Dr. Moreau’s and Captain Nemo’s and Frankenstein’s. They see nothing wrong at all with it.