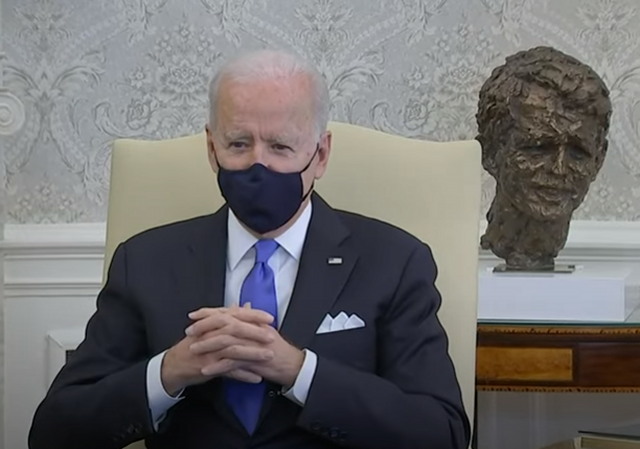 These professors are open to expanding the Supreme Court now, but do you think they would agree under Trump? Not a chance.

President Joe Biden unveiled a new commission to explore the possibility of packing the Supreme Court. Although the commission does contain some constitutional originalists, it is heavily staffed by legal professors with revisionist views on the nation’s top judicial body.

The Biden administration unveiled a “Presidential Commission on the Supreme Court of the United States,” which will “provide an analysis of the principal arguments in the contemporary public debate for and against Supreme Court reform” — including “the length of service and turnover of justices on the Court” and “the membership and size of the Court.”

Although the White House insists that the commission is meant to be “bipartisan,” several of its members — both right-leaning and left-leaning — appear to hold some degree of revisionist views on the Supreme Court.

For instance, Michelle Adams — a law professor at Yeshiva University — once suggested that “it might be time to take a fresh look at term limits for Supreme Court justices.”

“There has never been a Supreme Court confirmation while a presidential election is underway,” he wrote during the confirmation process of Justice Amy Coney Barrett. “The Constitution permits it, but it’s an irresponsible abuse of power designed to kill the ACA and pack the Court to back up Trump’s plan to stop counting on Nov 3.”

In other words, they packed the commission on packing the court so that the outcome would be predetermined.

In 2005, Roger Cramton, a former Dean of Cornell Law School, edited a great collection of essays on this important subject:
https://www.amazon.com/Reforming-Court-Limits-Supreme-Justices/dp/1594602131

Thanks for the link/book reference

“For instance, Michelle Adams — a law professor at Yeshiva University — once suggested that “it might be time to take a fresh look at term limits for Supreme Court justices.”

Well, she may have a point there. No one in America was served well by RBG’s clawlike grip on power, and she fell to our advantage only out of sheer fortune.

This all reminds me so much of children throwing a temper tantrum when they do not get their way. If they cannot win, then they change the rules. If the public doesn’t support their policies then the pubic is wrong and must be ignored. If their policies fail, then it was not their fault for surely the other team did something bad. The Democrat party has transformed itself beyond the usual corrupt self serving political beast common to all governments and into a childish version where the only thing that matters is their own twisted view of the world. What is so worrisome about this is how so many blindly follow the Democratic Party “like a wounded cow halfway between an oven and a pasture, walking in a trance toward a pregnant seventeen-year-old housewife’s two-day-old cookbook?” Richard Brautigan

Your characterisation doesn’t really work. Specifically with regard to choosing a supreme court nominee that process has traditionally been within the purview of the administration in power yet during the Obama years that was upended by Republicans on the basis of it being an election year yet in the same situation when they were in power the argument suddenly changed. I’m not clear what policies you are referring too either speaking in generalities means that you could be both right and wrong at the same time which isn’t helpful.

As for blindly following Democrats that’s pretty disengenuous. Many voters prefer the policies of the Democrats , that’s not blind that’s political preference.