Dr. Ranieri Guerra, at the time a WHO assistant director general, is one of six people targeted in probe. 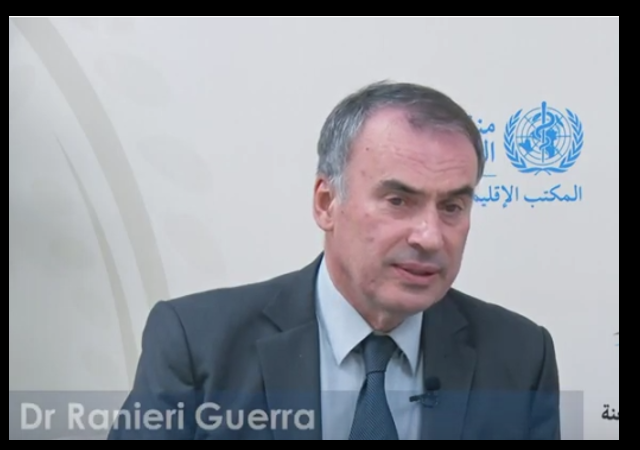 While the truth about the origins of the coronavirus pandemic may never be known, the level of incompetence and chicanery of the World Health Organization (WHO) is now well established.

It is being reported that Italian prosecutors say a top WHO official lied to them about a spiked report into that nation’s coronavirus response.

Prosecutors in Bergamo placed Dr. Ranieri Guerra, at the time a WHO assistant director general, under investigation for allegedly making false declarations to them when he voluntarily agreed to be questioned in November. Guerra was the WHO’s liaison with the Italian government after Italy became the epicenter of the COVID-19 outbreak in Europe last year.

They have not charged Guerra with any crime, outlining their allegations in an interim investigative document sent to the Italian foreign and justice ministries that listed him as one of six people under investigation in their probe.

Guerra did not immediately respond to an email seeking comment. The Agi news agency quoted him as saying he was shocked and “deeply embittered” that prosecutors had placed him under investigation, that he expected WHO to respond to them and remained available for further clarification.

“I have been and am in absolute good faith and I am amazed that the prosecutors have a different impression,” Agi quoted him as saying. Guerra added that he told prosecutors everything he knew at the time but did not have access to all information.

Prosecutors are investigating the significant COVID-19 death toll in Bergamo and if a contributing factor was the lack of emergency preparedness.

Their probe expanded to include the related scandal over the spiked WHO report into Italy’s virus response because it revealed that the Italian government hadn’t updated its pandemic preparedness plan since 2006.

The U.N. health agency pulled the report from its website May 14, a day after it went up, and never republished it. Its disappearance suggested that the WHO removed it to spare the Italian government criticism, embarrassment and liability.

WHO officials said the report was removed by its regional office in Copenhagen due to “factual inaccuracies.” But social media exchanges suggest that account is what was inaccurate.

But documentation compiled by Bergamo prosecutors, first reported by Italy’s state-run RAI Report, indicated that Guerra maneuvered to have the report taken down and that the Italian government was upset with it. The documentation included private WhatsApp chats between Guerra and a top Italian public health official, Dr. Silvio Brusaferro.

In one chat, dated May 14, 2020, Guerra wrote Brusaferro that the decision to pull the report was known to the leadership of the WHO: “In the end I went to Tedros and got the document removed,” a reference to WHO’s director-general, Tedros Adhanom Ghebreyesus.

In another chat four days later, Guerra wrote to Brusaferro that he was meeting with the Italian health minister’s cabinet chief about revising the report and that the minister’s office “said to see if we can make it fall into thin air. “

Teddy Corruptocrat is dirty? Who would have thought?

Heh, I was going to say the same thing.
The entire World “Health” Organization is nothing more than a communist chinese front.

It wasn’t Townsend and it certainly wasn’t Daltrey… 🙂

Yeah, corruption and cronyism are always deplorable, but I guess I just don’t understand the big hoo-hah over hiding a report that said that “the Italian government hadn’t updated its pandemic preparedness plan since 2006.” One, it doesn’t seem to affect anybody outside of Italy, and two, it doesn’t clearly seem to be responsible for any actual problem even inside Italy. To be, it’s tantamount to complaining that a home invasion victim was using self-defense ammo that was past its expiration date.

This is why capital punishment is needed,