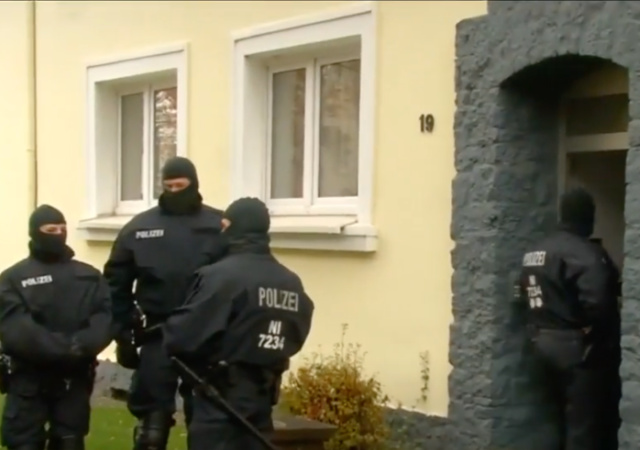 The pan-European network came out after the German police recovered secret documents from Iranian spymaster Asadollah Asadi, an exclusive report by the UK weekly Jewish Chronicle revealed on Thursday.

From The Jewish Chronicle:

A treasure trove of documents seized by German police and obtained by the JC reveals the extent to which Tehran’s spies have infiltrated Europe.

The documents were found in a hire car used as a mobile intelligence station by Assadollah Assadi, an Iranian spy chief who in February was sentenced to 20 years in prison for masterminding a failed bomb attack in Paris in 2018.

The material discloses a sophisticated network of regime agents that stretches across at least 22 cities all over the continent, along with plans for terror attacks using explosives, acid and toxic pathogenic substances. (…)

The journeys, made over a period of almost four years, generally avoided the scrutiny of capital cities and were accompanied by records of hotel reservations that Assadi made himself using Booking.com. On several occasions, the spy reserved rooms in two different hotels to avoid detection.

Investigators additionally recovered a wealth of documentation disclosing the workings of the espionage network, including receipts of expenses reimbursements, records of monthly and quarterly spy salaries, and details of computers issued to agents.

Police also discovered handwritten instructions on handling, charging and arming a bomb — codenamed the PlayStation — which was to be wrapped in clingfilm with its antenna carefully positioned so it would not be triggered by a Wi-Fi signal.

In June 2018, Asadi, who was stationed as an Iranian diplomat in Vienna, was arrested in southern Germany for his involvement in an attempted bomb plot at a rally of Iranian dissidents near Paris. A French court recently sentenced him to 20 years for masterminding the terrorist plot.

With the threat of force off the table with President Biden in the White House, Iran — the world’s biggest state sponsor of terrorism — can resume the arming and financing of jihadi and terrorist groups across the globe.

European countries and the European Union also bear some measure of blame for Iran’s growing spying and terrorist operations across the continent. For decades, the EU, Germany, and France have refused to put a complete ban on Iran’s top proxy terrorist group Hezbollah. Several European governments have allowed Hezbollah’s “political wing” to operate freely in their countries, enabling the Iran-sponsored terrorist group to carry out recruitment, fundraising, and propaganda drives in Europe.

. . . records of hotel reservations that Assadi made himself using Booking.com.</b

Well, time for people to start demanding that booking.com’s internet service provider and internet registrar to pull down that website for aiding and abetting incitement to terrorist actions. #cancelbooking.com

What will be done about this? Zero

Iran will continue to demand that all of this is America’s fault and we will give them magical leverage in an argument where they have none because that’s what Democrats do.

Just don’t ezxpect this information will make any difference in the Obama administration decision to negotiate a better deal for Iran so the Ayatollah may become the master of the Middle East, or simply destroy Israel with the first bomb they build with our help.

If Iran blew up Israel tomorrow we’d give them a stern talking to followed by a pallet of cash.

If Iran blew up Israel tomorrow we’d give them a stern talking to followed by a pallet of cash.

Well, there is JCPOA, and an implicit endorsement of wars without borders, transnational terrorism, and catastrophic anthropogenic immigration reform. All’s fair in lust and abortion? One step forward, two steps backward.

Why can’t a consensus be forged to return Iran to near stone age conditions? Reduce water by destroying reservoirs and hydro, Take out the high tension grid. Sever their Internet. Destroy refineries.

Then make sure they stay in that condition. until they get rid of their current leaders.