When the jury sees the full videos, it may come back to bite the prosecution case if the jury concludes the abbreviated videos were misleading. 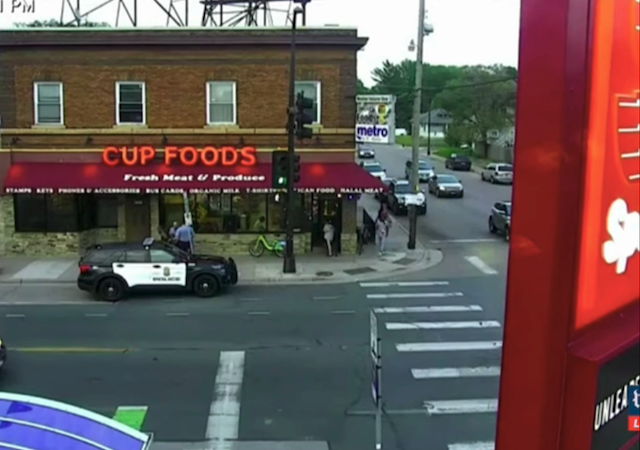 Anyone interested in a free podcast version of our daily legal commentary and analysis of the Chauvin trial can access the Law of Self Defense News/Q&A Podcast, available on most every podcast platform, including Pandora, iHeart, Spotify, Apple Podcast, Google Podcast, simple RSS feed, and more.

Last Wednesday, March 31, the last state witness of the day was Lt. Jeff Rugel of the Minneapolis Police Department. Lt. Rugel doesn’t have any substantive involvement with the Floyd death, and so can’t provide substantive testimony about those events.  Rugel does, however, manage the MPD information systems, which includes video footage pulled from officers’ body worn cameras (BWCs) and from the city’s Milestone system of surveillance cameras.

For video evidence to be admissible in court there must first be an evidentiary foundation established, definitely tying the video footage to the event in question.  The role of Lt. Rugel in testifying was to provide that foundational evidence required for the various bits of camera footage to be admitted as evidence.

When I did the end-of-day wrap-up post for March 31 I stepped quickly past Lt. Rugel’s testimony, simply because it was not substantive.  I had mentioned then, however, that perhaps I would break out the individual videos introduced by the state and share them with all of you in a separate blog post.

It’s also noteworthy that immediately prior to to the videos being offered into evidence by the state, the defense raised concerns with the court that the state was introducing only selected fragments of the body camera and other videos, and that the defense found this objectionable.

Rather, the defense argued, the entirety of these videos should be admitted as evidence, and not merely the portions offered by the state. Ultimately the court accepted a memory stick from the defense that contained the full-length videos and promised to review it and determine admissibility.

During this discussion the state told the court that they didn’t have any foundational objections to the defense offering the full-length videos—how could they, their own witness, Lt. Rugel, had just spent a couple of hours on the witness stand providing the necessary foundation—but that likely would have separate admissibility objections to the jury seeing the full-length videos.  Presumably these objections would be based on claims that the added video segments would be more prejudicial than relevant, but the state didn’t specify.

A reasonable person might wonder why the state preferred to offer the jury only selected portions of the videos, rather than be entirely transparent and ensure that the jury is fully informed on the totality of the video evidence relevant to the events surrounding Floyd’s death, but maybe that’s just me.

Or maybe it’s not just me. For example, the full length video of Officer Lane (BWC 5Z7) shows Lane climbing into the ambulance with Floyd—at Chauvin’s direction!– and providing chest compressions in an effort to save Floyd’s life.

The state’s offering of that same video footage as Exhibit 47 cuts off immediately prior to Chauvin ordering Lane to jump into the ambulance to provide this medical assistance.

Coincidence that the state’s version excludes Chauvin ordering Lane into the ambulance to assist the efforts to save Floyd’s life? Things that make you go, hmmm.

You can hear the argument in court over this issue of the state offering only abbreviated versions of these videos, with these arguments made outside the hearing of the jury, here:

In the meantime, here are the various videos offered by the state last Wednesday, each identified by their unique “exhibit number” assigned by the court. For purposes of distinguishing each of the BWC clips, I’ve noted the last three characters of each BWCs ID number.

Exhibit 42. Milestone Camera Video of Floyd on Ground, Taken From Across Street at Speedway

OK, folks, that’s all I have for all of you for now.

Don’t forget to join me Monday morning for our ongoing LIVE coverage of the Chauvin trial proceedings, as well as for our end-of-day wrap-up post each evening.

If I recall the charges- doesn’t the prosecution have to show depraved mind or callous disregard for safety to get “guilty”?

Hard to prove that IMO if a minute after the event the officer in question is taking live saving steps.

It’s like in Rocky IV, they need Chauvin to be Ivan Drago and say “if he dies, he dies, but instead of saying that, he jumps in and starts doing CPR.

But if your entire case is based on narrative and not facts, trimming video is exactly what you do.

That’s pretty flawed to characterise ordering cpr after the circa nine minutes of restraint as being ‘life saving’. Floyd had already lost consciousness at that stage and not for a short period of time.

Loss of consciousness does not call for CPR.

It is hard to see how the court will not allow the entirety of the video evidence. Seems like reversible error to me. As if the segments the state offered are themselves not more prejudicial than probative ?
I see this heading towards either a hung jury, or a conviction on the lessor included charges. Wish I had some stock in, or was a supplier of Pepperball to the local departments, because nothing short of a murder conviction and immediate hangin will suit all the SJW and hangers-on (because the massive civil settlement isn’t enough).

Someone did tie all the videos together- and add and I wish now I had had the forethought to save the link…. I think it was Tim Pool on a Timcast, but can’t find it. If I find it- I’ll add another comment.

I saw one on Alpha News (news outlet in Minnesota) here is another from Police Activity. https://www.youtube.com/watch?v=XkEGGLu_fNU

Isn’t there some law/rule/requirement for the prosecution to reveal exculpating evidence if it has it? And aren’t they violating that by editing out those portions of Lane’s bodycam video?

They probably are, but they aren’t going to produce it unless their hand is forced. My guess is that the defense will have to adjust their strategy to point out just how much the prosecution didn’t want anyone to see while presenting their case.

“Isn’t there some law/rule/requirement for the prosecution to reveal exculpating evidence if it has it? ..”

They have to disclose it to the defense, I don’t think there is any rule that they have to include it when presenting the prosecution case in court. Although they might choose to do so rather then let the defense introduce it and possibly score points with the jury.

Who are these toxic, arrogant, lowlife people and how do we make sure we start a new country separate from their stupid bizarro world?

They can bicker amongst themselves elsewhere separate from a US that respects the rule of law and doesn’t actively aggravate hostilities to make a bad situation worse. Do they not realize their culpability in Floyd’s death? It’s unlikely that Floyd survives even if he is rushed to the hospital immediately, but in the event that he could be, fat fuck fireball and mma dwarf from bad santa are as culpable as any other officer in that scenario for deliberately sewing chaos and hostility.

“The state’s offering of that same video footage as Exhibit 47 cuts off immediately prior to Chauvin ordering Lane to jump into the ambulance to provide this medical assistance.”

I know if I was a juror and the state showed me video evidence that got cut off and than later the defense showed the rest of the video evidence and I saw and heard Chauvin tell another officer to get in and help Floyd I’d be hard pressed to believe the state on any other matter.

I’m hard pressed to believe anything Keith Ellison has to do with but point taken.

The jury was selected for hostility to the police, and sympathy for criminals.

> For video evidence to be admissible in court there must first be an evidentiary foundation established, definitely tying the video footage to the event in question.

Andrew, does this mean dashcam video from my car if someone hits the car and runs isn’t admissible in court?

I’m pretty sure it means you would have to testify that the footage came from your dashcam, showing the time and place in question, etc.

Will the jury watch the full videos? With careful attention and transcripts?

So Im curious, does anyone believe this is how it went down: DC et. al. see GF is out of control (evidenced by back of car insanity and breaking his nose) and decide that he’s a big guy and must be held down in light of location (active roadway). After 5-6 minutes DC probably realizes the guys dead or unconscious but does not do anything bc to do so would validate curb experts and probably result in a rush by them on him and other officers. Decides to wait for ambulance (side note, what took them so long?!?!?)

That’s a reasonable narrative, but unproven.

I’d like to see DC testify, and explain his reasoning. He has no duty to do so, for sure,, and it may be ordinarily inadvisable, but maybe it’s what he needs to do in this case.

Nelson can speak for him, of course, but maybe this jury needs to hear directly from DC It’s unfortunate, and unfair, but it may be reality.

I agree. I think its his best bet. The truth will set you free. I am unconvinced that he is guilty BRD of wanting to kill GF. I also dont think State has proven his knee was cause of death. Not one of the LE officers acted with malice IMHO.

I wasn’t expecting to get any agreement on this, and I’m not even fully onboard with it myself. The idea just occurred to me, and it seems like DC has to do SOMETHING to work against the stacked deck, but nothing foolish, of course.