The Border Patrol shared a picture of the chief taking care of the girls. 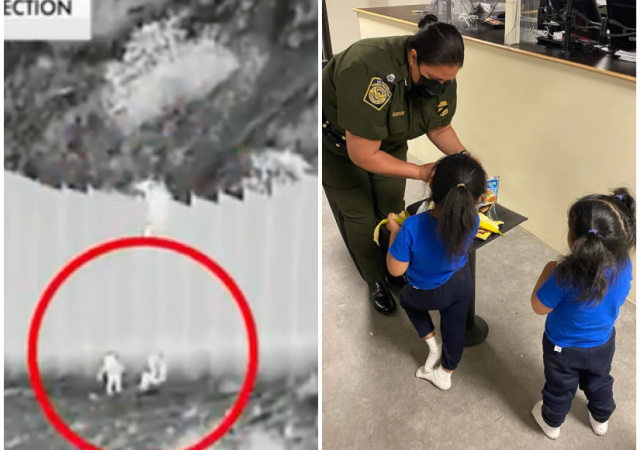 “I was really horrified and appalled and worried when I first saw the images come through from my staff,” Chavez told host Neil Cavuto. “When I saw that first child dropped to the ground and then not see her move for a few seconds, I honestly thought this child just probably hit her head and is unconscious. And then I see the second child and immediately DHS, obviously, within a few minutes responded to that area to rescue them.”

On Wednesday, Chavez released video showing what she said were two smugglers scaling a 14-foot fence and dropping each child on to the ground, along with what appeared to be some belongings, before retreating back onto the Mexican side of the fence. Chavez said the girls — ages five and two — were left “in the middle of the New Mexico desert … miles from the nearest residence” and were only picked up thanks to the “vigilance of our agents using mobile [surveillance] technology.”

“When I visited with these little girls, they were so loving and so talkative, some of them were asking the names of all the agents that were there around them, and they even said they were a little hungry,” Chavez recalled. “So I helped them peel a banana and open a juice box and just talked to them. You know, children are just so resilient and I’m so grateful that they’re not severely injured or [have] broken limbs or anything like that.” 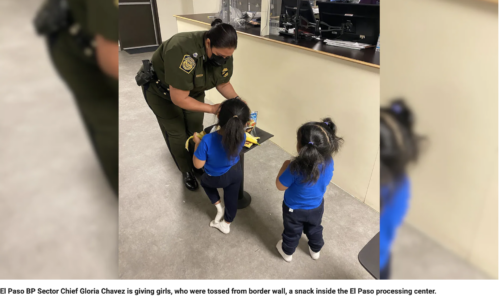 What kind of parent allows their children to put at risk? How about a court action declaring their parents unfit, and those two children be put up for adoption. then records sealed so their jackass parents never have contact again?

or the coyotes that “own” them.

I hope this wasn’t Trumps wall

Can you imagine how terrified those two little girls were?

Oh it was Trump’s wall or a past one as more likely as Sundowner is only putting in turnstiles.
This story only has me mad for !eftists one stage thinking of how can we replace the population with socialists.