“Biden has begun to take steps toward addressing the $1.7 trillion student debt crisis in the United States.” 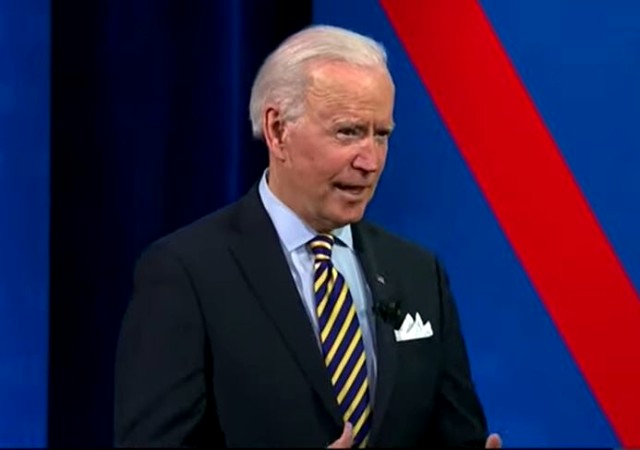 What about all the people who paid off their loans? Will they get refunds?

The questions came after Biden’s chief of staff, Ron Klain, said Biden had been researching his “legal authority” to use executive action on canceling up to $50,000 of student loan debt per person.

Psaki stated that Biden was more than willing to cancel $10,000 in student debt through legislation in Congress but skirted the idea of using executive action to cancel a higher sum.

“I think that would naturally be the first step before it’s a larger amount beyond there,” Psaki said. “What Ron Klain was referring to is the fact that there’s an ongoing review.”

“It’s both a policy review and a legal review — so Department of Education and Department of Justice — to look at what the options are, and what authority could be recommended to the president. So that was the process he’s referring to,” she said.

Biden has begun to take steps toward addressing the $1.7 trillion student debt crisis in the United States.

The Department of Education has recently canceled student debt for about 72,000 defrauded borrowers, as well as for more than 41,000 borrowers who have disabilities.

Maybe they should cancel the debt by taking it straight out of every college’s endowment fund. The schools with larger endowments can take on more of the load.

The debt cancelation for “defrauded borrowers” is largely for students of for-profit trade schools where the school drastically misrepresented their placement rates and the employment prospects of their programs. I think that most people would consider that fair.

As for UJ’s comments about endowment funds, his proposal is against the law. Donors typically create endowment funds for particular purposes. Of Cornell’s $7 billion endowment, 22% is for professorships, as of 2019, according to a University financial report. Twenty-nine percent is earmarked for academic programs and research, 26% is for financial aid and another 20% goes toward “general purpose and facilities support.” The annual payout of investment income is spent in a manner that honors the restrictions of the donor’s original gift. A university could not repurpose endowment payouts any more than a mutual fund could take one investor’s annual payout and give it to a different “more deserving” investor.

Now, UJ can fairly ask if universities are controlling their overall tuition levels. If universities stopped using tuition dollars for financial aid and only used scholarship endowment payouts, everyone’s tuition would be much lower and the amount of student borrowing would go down. Similarly, if all of the “student affairs specialists” and “incident response teams” whose full time job it is to make sure that minority students are never offended were to be reassigned, tuition could be lowered.

Or, they could take some money out of their sports ball income, and use that to forgive the debt of their students.