“The Iranian Government claims it has nothing to hide, yet it has failed to carry out a full and transparent investigation in line with its international obligations.” 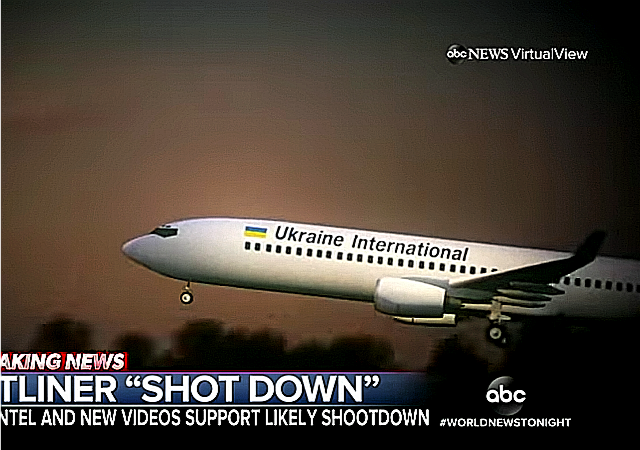 “The Iranian Government claims it has nothing to hide, yet it has failed to carry out a full and transparent investigation in line with its international obligations,” two outside experts appointed by the U.N. Human Rights Council said in their 45-page finding. Iranian actions were instead “contrived to mislead and bewilder,” they found.

All 176 passengers onboard the Kiev-bound airliner were killed when it was hit by two Iranian surface-to-air missiles shortly after the lift off from the Tehran International Airport. The missiles were fired by Iran’s Islamic Revolutionary Guard Corp (IRGC), Shia-Islamic regime’s military arm and a U.S.-designated terrorist organization.

The following summary of the letter was posted on February 23 on the website of the U.N. Human Rights Commission:

Iran alleges that an error in the alignment of the mobile missile unit contributed to the mistaken targeting, but it has not provided any explanation as to why this radar miscalibration occurred, why it had not been detected, and how it led to the targeting.

Iran did not explain why the IRGC failed to follow the most basic standard procedures, such as monitoring altitude, climb or descent rate and airspeed to evaluate unknown radar tracks, evaluating the target’s size, or checking the target visually.

Even without an Identification Friend or Foe system in the unit itself, failsafe measures should have been instituted to ensure that transponder or other tracking data was accurately and promptly provided to the mobile missile system crew. Iran failed to explain how information about cleared civilian flights was communicated to IRGC units, a critical step to ensure the safety of civilian aircraft and one that clearly failed.

Contrary to the IRGC Aerospace Force Commander allegation that the unit had only 10 seconds to decide to fire, it would appear that the unit had at least a 45-second decision window and possibly more time to evaluate the target.

No information is provided on why other flights that took off that night, before PS752, were not targeted.

Frustrated by the Iranian attempts to stonewall and mislead the probe, the U.N. investigators asked if the Ukrainian airliner was “deliberately” targeted by the Islamic Guard (IRGC). “Some may even wonder if that particular flight was targeted deliberately,” they concluded. questioning Tehran’s real motives behind downing the airliner

Iran destroyed most of the critical forensic evidence by bulldozing and clearing up the crash site, the U.N. experts found. “Instead of opening a proper investigation, the authorities allowed the crash site to be looted and then bulldozed, hampering the collection of evidence and depriving families of irreplaceable mementoes of those whom they had lost,” they said.

“The explanations provided by the Iranian authorities as to how the IRGC TOR [Russian-made TOR-M1 missile] Unit struck the civilian flight present many inconsistencies,” one of the U.N. investigator wrote. “Simply put, they do not add up.”

Iran initially dismissed any involvement in the downing of the plane, calling it a “big lie” and “psychological warfare” by the United States. The regime later backtracked, pinning the blame on some sort of “human error.”

The explanations given by Iran were even more bizarre than its initial denials. The IRGC had “misidentified” a Boeing 737 taking off from Tehran airport for an incoming U.S. cruise missile, Tehran maintains.

It is highly unlikely that President Joe Biden will take any punitive action against Iran for this blatant international crime. His administration has resurrected Obamaesque appeasement policies in the hopes of cutting some kind of a nuclear deal with the rogue Islamic regime.

John Kerry might as well have beem behind the gun.

Theme song for Kerry with iran.. “You’ve got a friend”

If John Kerry had been behind the gun, it would have missed and hit him in the behind, another Purple Heart!

They’re being indoctrinated to love the puppet.

They’ll never learn to the ‘Ho. Only the antifa wing of our military will – until they don’t need her.

The first woman president waiting in the wings. And it had to be a unlikeable, corrupted tramp. (At least hillary clinton was not a tramp – thougj with her looks and personality, she didnt have much of a choice.)

“”At least hillary clinton was not a tramp””

Secede! Secede! We must SECEDE!!! There is no other way. We must secede.

I wonder how many more pallets of Obama cash Slo Joe and co. will send to the Mullahs. How much more sanctions relief they’ll arrange.

Since this is the “Death to America” left’s idea of “containment” I wouldn’t be surprised if we sent over a team of engineers to help the Mullahs develop nuclear weapons and effective ICBMs.