Report: Admin Lacks Resources for the Expected 117,000 Unaccompanied Children at Border This Year

Report: Admin Lacks Resources for the Expected 117,000 Unaccompanied Children at Border This Year

But I thought we didn’t have a border crisis? 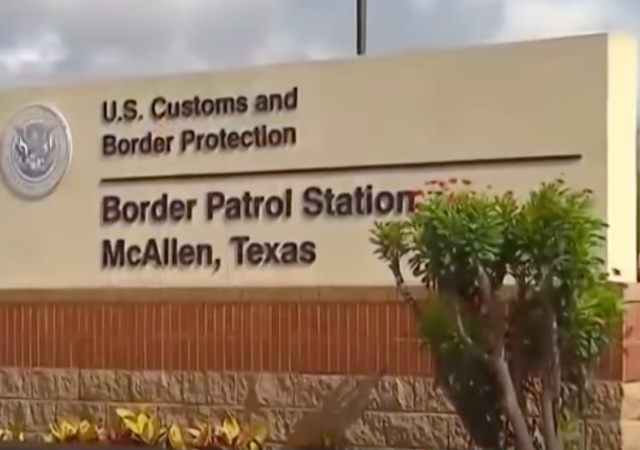 On Monday, the Department of Homeland Security Alejandro Mayorkas reiterated that the U.S. doesn’t have a border crisis. Press Secretary Jen Psaki doubled down on his claim.

It looks the DHS will tell President Joe Biden the opposite. Officials expect 117,000 unaccompanied children at the border this year, but the administration will likely run out of resources by the end of March.

Axios learned the DHS briefing includes the need for 20,000 beds:

Between the lines: DHS currently projects there will be 117,000 unaccompanied child migrants crossing the border this year, according to information on the slides.

“I actually think that’s an undercount,” Victor Manjarrez, Jr., a former senior Border Patrol agent who teaches about law and human behavior at the University of Texas at El Paso, told the Washington Examiner.

Manjarrez pointed to the Biden administration’s decision to discontinue the 10-month practice of returning all unaccompanied children to Mexico rather than bringing them into U.S. custody as a leading factor for smugglers sending 2,000 children over the border each week this month. After taking office in January, Department of Homeland Security Secretary Alejandro Mayorkas directed border officials not to send any single child south of the border, choosing instead to stick along the lines of a 2007 trafficking law that protected most single children from being deported.

HHS has new guidelines to help get children out of the centers as soon as possible:

The proposal was just “another way that the Trump administration was trying to frustrate the reunification process,” said Jennifer Podkul from the nonprofit Kids in Need of Defense, which provides legal representation for children.

I thought people like Podkul cared about children. She wants the government to hand off kids to just anyone? In what universe is that okay?

Isn’t this child abuse ?????
and we are paying this imbecile !

How does he know if they’re loving or not? Isn’t that just a ploy using the word “loving” in an attempt to tug at our heartstrings.

By the way, why doesn’t Abbott use the NG and say no, you are NOT coming in through Texas!

Be a man Abbott, lose your cojones?

This is a crisis made by imbecilic Democrat policy.

However, I do not think Gov Abbot has the requisite authorities to stop this. Even if he has the authority to apprehend people coming over the border, under what laws would he charge them? How would he deport them? These are all federal functions, and if the federal government is neither leading or cooperating, I am not sure what he could do. He would get stuck with the care and feeding of 100,000 children.

At best he perhaps shine a light on the problem to encourage a better federal response. But the Democrats and media will simply blame him and Texas for the inevitable humanitarian crisis, so I would not touch it.

I might do things like sue the federal government or even place warrants for child abuse and neglect if these children are not well tended to or encouraged to risk their lives and well-being to come here. I would start getting my state’s AG to begin investigating courses of action in that regard.

But even then, the FEDs can simply ship these children to friendlier states like California, and out of his jurisdiction. So that would not really solve anything, either.

Then don’t apprehend them. Just push them back across the border and make sure they know that coming back means bullets.

I agree, if we started sending illegals back in body bags, this would no longer be a problem.

Or, as I have suggested before, human cannons. Use polyethylene vacuum formed containers, some which completely encapsulate the illegal, others which leave the head out (repeat offenders, known criminals, etc.). The capsules would allow automatic loading and firing. About 30000 cannons could return all illegals in under 5 years if they run 24 x 7.

Not forever. In a few years the scales will tip the other way and loving American parents will send their children to Mexico for a better life.

‘What can GOV Abbott do?’

Realistically not much, but not nothing either.

IMO given that the d/progressive hold the upper hand politically in DC, and with previous rulings when AZ tried to ‘assist’ the Fed immigration policy enforcement, the best course may be to try different strategy.

The indirect expenditure not so much. For example, if a particular industry or job type becomes easier and cheaper to utilize illegal immigrants v lawful residents for labor then obviously that has an impact on State expenditures for job training, unemployment ECT. How much impact? Well get some folks doing field studies to try and measure that.

In terms of enforcement of immigration laws by the state their hands are tied. That isn’t the end though. States have a policy interest in ‘workplace safety’; conduct inspection. Oh look many of these employees don’t have a TX driver license or a TX plate on their vehicle in the parking lot. They have been employed, according to records for six months with a local TX address. Hmmm that means their vehicle should have been registered in TX and they should have a TX DL by now.

Tow the vehicle. Issue fines. Many other ways to skin the cat.

The point is to develop a quality data set of measured actual costs to help clarify and quantify the true costs. If during the process ancillary items like failure to legally register vehicles or obtain a TX DL come out and some folks get hemmed up or see it happening somewhere else and decide discretion is the better part of valor and pull up and move to CA then that’s a plus for TX.

Abbott has been using the NG and Rangers, but there’s only so much he can do about an international border. About all they can do is turn the illegals over to CBP, who’ll just cage them for awhile and then kick them loose. My personal preference would be to take them to the New Mexico border and kick them over that. They’re Democrats in NM. They like illegals.

It would be an illegal order, so the NG would not obey it.

Yeah, wait till next year! It will be twice that number!

They lack the resources, so will stick the taxpayers with the expenses and degredation of quality of life at the state and local level.

Democrats, schmocrats. You hit the nail on the head Henry.

Sixteen and seventeen year olds need to be stopped and denied entry if they show up at a border crossing. If they were “adult” enough to find the US border they are adult enough to make their way back home.

17 year olds can serve in the US armed forces. Thousands of 17 year olds served in Viet Nam and many were killed. James Calvin Ward was one of them. He died on Oct. 11, 1965. There were at least 18 juvenile soldiers killed in Vietnam—five were 16, twelve were 17, and one was 15 and had forged his birth certificate to join. His obituary called him a man.

All true, but (1) Texas state authorities do not control the border. If the apprehend someone coming over illegally, they turn them over to the federal government, who is just releasing them, and (2) the law defines minors as persons under the age of 18. Minor or not, illegal entry is illegal entry, and all should be denied.

But especially if the illegal persons are sixteen and seventeen year olds, who Melinda says if they are adult enough to come here on their own they should be denied entry and sent back home.

I am angered that we treat people who come here illegally better than we treat our own citizens. As I pointed out, our own citizens fight and die for their country at that age, but if they’re from south of the border we treat them like babies and the media cries a river for them. We have thousands of homeless veterans who need help, but instead of helping them we are helping people who have no business being here.

It’s all Trump’s fault. After Biden* won the election, Trump should have foreseen the problems that Biden’s* policies would cause a few weeks hence and should have prepared for the consequences of those policies. It was irresponsible for him not to have done so.

I can’t even enjoy a bag of cheetos anymore without thinking “Orange Man bad.”

“Children”–I’m a high school teacher and I’m told my charges are “children”. Yes, “children” who sometimes have children themselves, or do time for violent felonies. Or, on the positive side, they often have jobs and contribute to their families’ incomes, or are making plans for college and careers.

We’re being taken for a nation of sheep again.