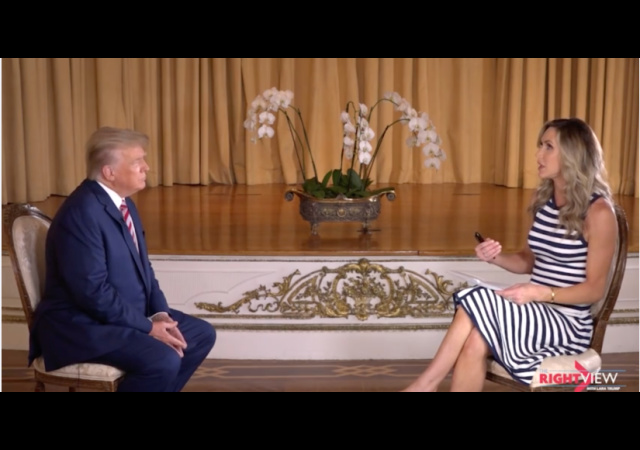 Lara Trump claimed Facebook removed a video of her interviewing President Donald Trump, her father-in-law, from her show The Right View.

Trump posted two emails supposedly from a Facebook employee alerting her about the moves taken in response to her interview.

Katelyn, a Facebook employee, told employees she saw Lara’s announcement of interviewing Trump on her show. She reminded employees “that content posted on Facebook and Instagram in the voice of President Trump is not currently allowed on our platforms.” 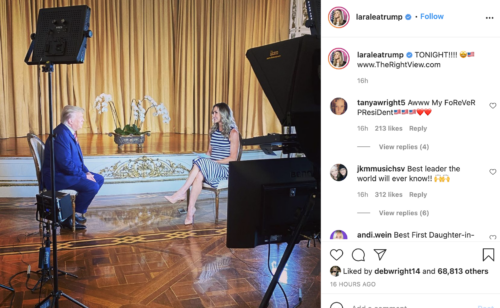 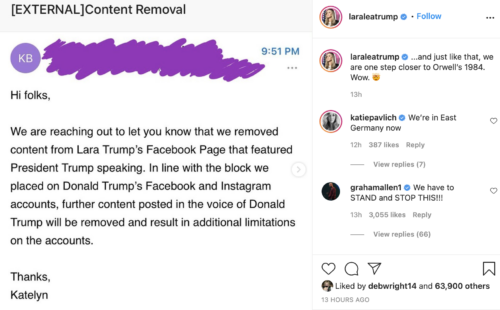 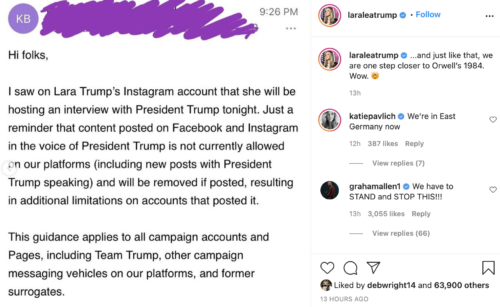 This is what war looks like. Time for alternative platforms to rise.

Emmanuel Goldstein Trump is an unperson and The Ministry of Truth Facebook treats him accordingly.

Face Book lives on because of the ability of Zuckerberg to monetize the platform promoting and using political biases. FB founders should have kept it’s original mission as a social discourse open forum with the users doing their own editorializing and staying out of the fray. I have lived well with out ever subscribing to FB. There are so many venues and viable news reporting agents that are available to be accessed which make available at no subscription fee, current and on going events where you can judge for yourself the information you need to enable one to draw their own conclusions. Right here @ LI is a good example of just one. The journalists are excellent and engaging of/with their articles and the readers responses and their points of view.

I F-King hate how they treat our President, our REAL President Trump

Here’s a blackpill for you. Trump denounced the people who broke the law (and we’re going to see how that’s defined) at the Capitol, but he had said he was going there to the Capitol, then he ghosted. Then he left the WH in the middle of the night and let people think he was still the real president for 2 weeks, so more people could get themselves in trouble. I wish he were still in office too because he was a much better president, but he left, he’s gone, he’s out, he won’t be back, and he’s leaving it up to you to realize it while laying out teasers to keep you interested.