BU’s center is headed by Ibram X. Kendi, who has become a leading figure in the left’s promotion of Critical Race Theory and “antiracist” training. 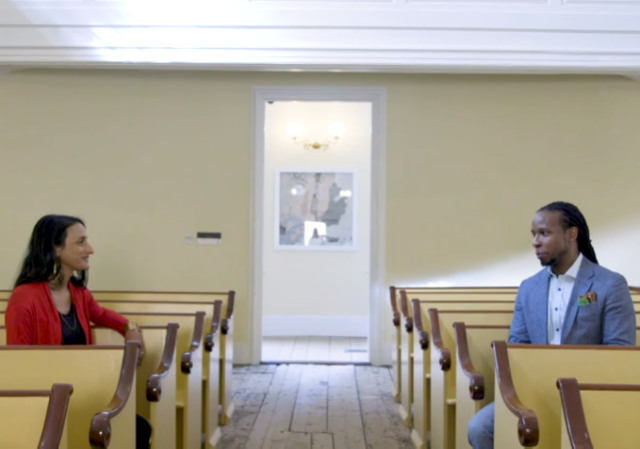 Boston University’s ‘Center for Anti-Racist Research’ is now partnering with the far-left Massachusetts newspaper the Boston Globe to create a new publication called ‘The Emancipator.’

BU’s center is headed by Ibram X. Kendi, who has become a leading figure in the left’s promotion of Critical Race Theory.

According to Jacobson, the idea to create the site came about in early September, when a letter detailing a list of demands to create anti-racist action on Cornell’s campus began garnering support from hundreds of faculty, students, alumni and staff. Jacobson attributes the creation of such demands to the summer Community Book Read: Ibram X. Kendi’s How to Be An Antiracist.

“[Kendi] artificially divides the world into ‘racists’ and ‘anti-racists’ with no middle ground allowed for people who are merely not racist,” Jacobson said. “This creates a coercive dynamic of compelled activism and crushing of dissent that is unhealthy to an educational environment.” ….

An outgrowth of the European Marxist school of critical theory, critical race theory is an academic movement which seeks to link racism, race, and power. Unlike the Civil Rights movement, which sought to work within the structures of American democracy, critical race theorists challenge the very foundations of the liberal order, such as rationalism, constitutional law, and legal reasoning. Critical race theorists argue that American social life, political structures, and economic systems are founded upon race, which (in their view) is a social construct.

This is becoming an industry within education, and although it used to be limited to higher education, it is now rapidly implemented at every level.

The new partnership between the Boston Globe and Boston University should come as a surprise to no one. Both organizations share the same ideology and political goals.

Shortly before Ibram X. Kendi arrived from Washington, D.C., last June to launch the Boston University Center for Antiracist Research, he was introduced by University President Robert A. Brown to the Boston Globe’s new editorial page editor, Bina Venkataraman, via email. The antiracist scholar and the prominent opinion journalist hit it off—discovering a shared interest in Boston’s history as a hub of 19th-century anti-slavery publications, notably William Lloyd Garrison’s abolitionist newspaper The Liberator.

On Tuesday, Kendi and Venkataraman announced bold plans to reimagine those 19th-century printed journals for a 21st-century digital audience. The center is collaborating with the Globe editorial team, Globe Opinion, to publish The Emancipator, an independent antiracist multimedia platform.

Jeremy C. FOX of the Boston Globe has more:

The Emancipator, set to launch later this year, will build on the tradition that abolitionist newspapers began two centuries ago while attempting to further racial justice by amplifying important voices, arguments, and fact-based analysis, organizers said in a statement.

The Emancipator will feature original opinion and ideas writing, including contributions by top experts and community voices captured by student journalists. It will offer its content free to the public, with funding provided by philanthropic donors, according to the statement, which did not identify supporters. A spokeswoman for the Globe said more information would be released in the coming weeks…

Linda Henry, chief executive of Boston Globe Media Partners, said the Globe opinion page was honored to partner with Kendi and the BU research center to spark a conversation on race and racial justice.

If you watch the announcement video below, you may notice that Kendi and Ms. Venkataraman of the Boston Globe speak about slavery almost as if it still exists in the United States. I believe this is intentional. The left needs people to think this way for this industry to flourish.

to truly be anti-racist, you must be emancipated from logic and reason based on facts and evidence.

They seem uninterested in slavery being worldwide and ending in the West. How is that possible?

Slavery was an optimization of hit the guy on the head and take his stuff economic system. It’s inefficient because most capital goes into defense, but it’s better to enslave the defeated enemy than to kill him. Both sides tend to see it that way.

The free market and contract law allowed a slave to contribute more to society working in his own interest than as a slave, and so the reason for slavery was killed by the free market. A Western invention.

Slavery persisted a bit but with unsustainable justifications (“naturally subordinated race” etc.) and was doomed to die out.

Except in Muslim countries without the free market, backward economies.

Linda is the trophy second wife of John Henry, 71 year old principal owner of the Red Sox, Liverpool soccer club and some racing teams. John bought the Boston Globe for about the market value of the real estate the company owned several years ago (enterprise value of the newspaper = $0) as a toy for Linda to play an important person.

This announcement shows she is struggling in that endeavor.

I don’t think it will be a successful endeavor

The Emancipator, attempting to prove the old Marxist maxim, “Lies will make you free!”

I can only imagine the types of questions the Dear Abby column will field!

A history of Lincoln, Republicans, and Americans,, who, when they had the chance to take a knee, sacrificed blood and treasure to stand against slavery and [rabid] diversity [dogma], not limited to racism.

Alumni of all institutions promoting black racism should stop donations, and people should tell universities why.

A wholly-owned subsidiary of the NY Times. Let us never forget this.

So, Stormfront with a tan, right?

This is a lot less alarming than similar stories from Red States. In MA we have no power but public universities and schools in a place like Utah shouldn’t resemble this.

The race hustle and peddling racist hate and contrived victimhood/grievance narratives have been very lucrative for consummate hustlers such as Ta-Nehisi Coates and “Ibram X.” Kendi (not his birth name). Coates lives in a multi-million-dollar Brooklyn brownstone, and, with all the lucre pouring into his pockets from narcissistic, white Dhimmi-crats desperate for absolution for their alleged racial sins, I can only assume that Kendi has obtained similarly comfortable digs up in Boston.

If there is anything that Americans need “emanicipation” from, it is the Dhimmi-crats’ utterly corrosive and destructive racial Balkanization, racial tribalism and contrived/fallacious narratives of perpetual grievance and victimhood.

Emancipate yourself from the Dhimmi-crats’ brazen and repugnant totalitarianism and cultural Marxism.

I will NEVER admit, for the rest of my life, that I went to that school. I am ashamed to have my name associated with this liberal fascist BS.

It’s hilarious to see Kendi say anything about slavery while hewing to a religion that endorses it.