“The funding, expected to last through June, comes as Biden unwinds former President Donald Trump’s policy to make asylum-seekers wait in Mexico until their court hearings.” 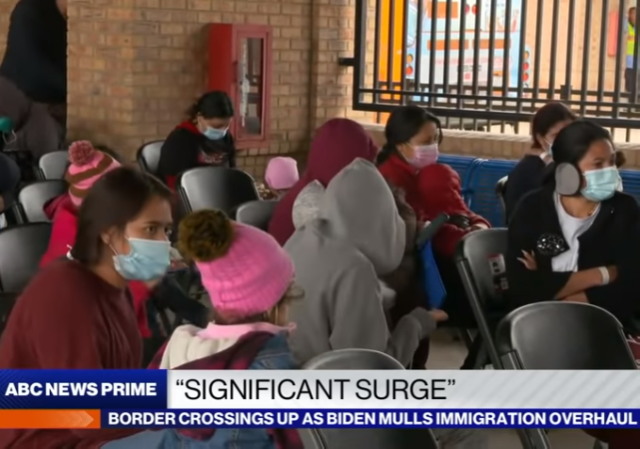 Like some other states, California has a massive homeless problem.

Instead of addressing the millions of Americans sleeping in tents on sidewalks, California’s government and Biden’s administration are spending millions on housing the flood of incoming migrants in hotels while they quarantine and await court dates.

California is freeing up as much as $28 million to help immigrants arriving from Mexico and being released in the U.S. until their court dates, a sharp contrast from other border states that have emerged as foes of President Joe Biden’s immigration policies.

The funding, expected to last through June, comes as Biden unwinds former President Donald Trump’s policy to make asylum-seekers wait in Mexico until their court hearings. It will pay for hotel rooms for immigrants to quarantine during the coronavirus pandemic before going to their final destinations throughout the U.S.

Money also will go to Jewish Family Service of San Diego to provide food, transportation and help with travel logistics. The state will fund health services for the short stays, including COVID-19 testing.

Last week, the Biden administration began allowing people into the United States who had been forced to wait south of the border under Trump’s “Remain in Mexico” policy. On his first day, Biden suspended the program for new arrivals.

The Merced Sun-Star has more:

California plans to spend $28 million to aid asylum seekers entering the country through the U.S.-Mexico border at the San Ysidro Port of Entry to await their court dates.

The state funding comes after the Biden administration announced in February that it would begin allowing immigrants with credible asylum claims, who were previously waiting in Mexico under former President Donald Trump’s Migrant Protection Protocols program, to continue their immigration proceedings on U.S. territory.

“We have been in discussions … with the Biden administration through the Department of Homeland Security about this change in policy on our side of the border and what we are willing to do to help that be as seamless a process as possible,” said H.D. Palmer, deputy director for external affairs at the California Department of Finance.

The Trump administration also used hotels for some migrants, but they were held there until they could be deported. In Biden’s America, the hotel stay is just a stop on the way to their next American destination.

The border situation is so out of control that cartels are using a wristband system to keep track of the migrants in their charge.

The Biden administration says there’s no crisis at the border, although the numbers of unaccompanied minors coming across right now, and the federal government’s scramble to find housing for them, say otherwise.

But migrant children are only part of the story. What most news outlets are not reporting is the surge in adults crossing the border illegally, ferried over the Rio Grande and escorted into the U.S. by smuggling networks that contract with powerful cartels to bring people in without being apprehended by Border Patrol.

These operations are sophisticated — so sophisticated that smugglers are now requiring migrants to wear wristbands as a way to keep track of who has paid and which smuggling outfit is in charge of whom. Jaeson Jones, a retired captain for the Texas Department of Public Safety and owner of Tripwires and Triggers, which tracks cartel activity on the border, shared images with The Federalist of discarded wristbands on the U.S. side of the border that he says “represent a process that says which smuggler group has moved them,” as well as other information.

The bands are put on migrants’ left wrist at stash houses in Mexico, just across the border, before the groups come into the U.S., Jones told The Federalist. The bands all have numbers linked to a database of personal information: name, phone number, destination in the U.S., and information about family members in the country of origin, in case payments are late. Jones said smugglers will verify cell phone numbers, both of the migrant and his family back home, at the time the wristbands are distributed in the stash house.

Less than a week ago, Biden's DHS Secretary said there's no crisis on the border.

Now the number of people coming is about to hit a 20 year high. https://t.co/EkjgqWzPCf

Because that’s what the payers eagerly voted for… said no one ever.

Hopefully that answers your question.

“That will never happen because you are a white supremacist”

Can’t I just identify as an illegal alien?

A white supremist cannot be an illegal alien. ?

Because you aren’t a potential democrat voter in the upcoming 2022 midterms and the 2024 presidential election. That’s why.

Our tax dollars being turned into Hispanic shit. When can we start deporting via human cannons?

I hope that we are able to toss these people out after these Marxists are put in their place.

How long before a House bill makes the rest of us pay for the misplaced, destructive Biden Inc. largesse?

HR 2, or will they append it to HR 1, the “Destroy American Ideals” bill?

Is there a way we can have them ALL sent to California?
Asking for 49 friends.

Are you all riding in one SUV?

These Dems/Progs don’t care!
IT’S NOT THEIR MONEY!!!

This why the feds should not get another cent. They are not managing the millions they already get. It’s like the guy who kills both his parents and then laments that he’s an orphan.

The free accommodations and food is just a clever way for the Biden family to sell ‘time shares’ to the illegals.

So our state national guard is quartered in parking lots out of sight out of mind for the democrats but they can spend millions of taxpayer dollars housing illegal aliens in hotels until they are released into the interior of the United States.

Just how disgusting is that. The illegals take precedence over the citizens of this country. Disgusting

So if my unemployed cousin, who took some spanish in high school just goes to mexico and comes in with these criminals, he gets a hotel in California and some free money. Not bad.

I’ll guess he won’t be asked for ID, it’s not like he’s signing Gavin’s recall or anything. So he should hit the jackpot. Now that’s the kind of relief Americans want. Bah.