“During the 2020 presidential campaign, attention on the Biden family focused largely on his son, Hunter Biden. But experts say it is the president’s son-in-law who could present fresh ethical challenges for the new administration.” 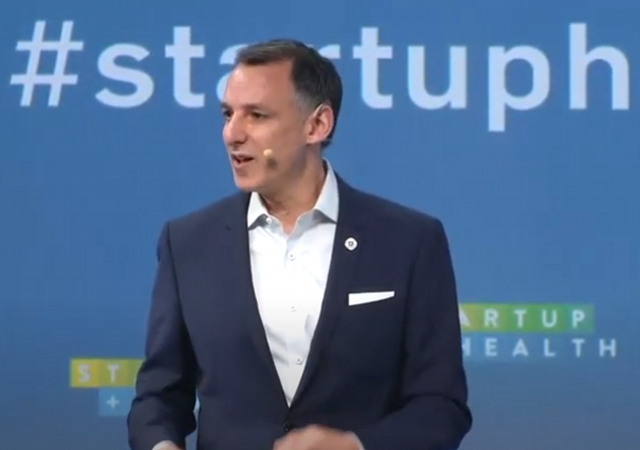 Joe Biden’s son-in-law Howard Krein is the chief medical officer of a company called StartUp Health. That company has now partnered with another, which is involved in tracking the COVID vaccine distribution.

It’s not difficult to connect these dots. This is crony-capitalism.

As Biden’s son-in-law invests in COVID-19 response, questions of family and ethics could resurface

When the boutique tech firm Yosi Health developed software aimed at streamlining the nation’s coronavirus vaccine effort, CEO Hari Prasad sought help from one of its earliest investors — a company with a special government connection.

The investor was StartUp Health, and that special connection came through its chief medical officer, Howard Krein, who is married to President Joe Biden’s daughter.

That detail that was not lost on Yosi’s Prasad, who reached out to StartUp Health in December with a request to introduce their platform to government health officials.

“Our goal with StartUp Health is to leverage their relationships and work with state and federal agencies,” he explained in an interview with ABC News.

During the 2020 presidential campaign, attention on the Biden family focused largely on his son, Hunter Biden. But experts say it is the president’s son-in-law who could present fresh ethical challenges for the new administration.

Mark Moore of the New York Post reminds us that Biden promised no one in his family would be involved in his presidency, a promise that has lasted less than three weeks:

“Howard Krein is playing with fire,” Meredith McGehee, executive director of Issue One, a nonpartisan ethics watchdog group​, told ABC News​. “If he gets too close to that flame — if he is trying to either cash in on his relationship with the president, or he is trying to influence policy — the flame is going to get him. And it is not worth it to him or to Biden.”

In an interview earlier this month, the president vowed that family members will not be involved in foreign policy or gover​n​ment​ ​matters.

“We’re going to run this like the Obama-Biden administration. No one in our family and extended family is going to be involved in any government undertaking or foreign policy. And nobody has an office in this place,” Biden said in the interview.

This potential conflict of interests with Biden’s son-in-law began before the election, but the media was too busy bashing Trump to notice it.

To Politico’s credit, they covered it:

At the same time that Joe Biden’s son-in-law, Howard Krein, has been advising Biden’s campaign on its coronavirus response, Krein’s venture capital business has been running a special initiative to invest in health care startups that offer solutions to the pandemic.

In March, as Covid-19 began spreading in the United States, the investment firm, StartUp Health, unveiled a new coronavirus initiative soliciting pitches from entrepreneurs with products that addressed the outbreak.

The next month, reports in Bloomberg and the New York Times listed Krein among those participating in daily calls to brief Biden on health policy during the pandemic, while StartUp Health announced its intention to invest $1 million across 10 startups with coronavirus applications within 30 days…

Krein simultaneously advising the campaign and venturing into Covid investing could pose conflict-of-interest concerns for a Biden administration or simply create the awkward appearance of Krein profiting off his father-in-law’s policies.

Barely a month into Biden’s presidency, his son has a multi-million dollar book deal, and his son-in-law stands to profit from the pandemic response.

Maybe Trump should have reserved the “crooked” nickname for Biden.

Oh gee, what a surprise. The Biden family and is engaged in the very actions that they accused and condemned the Trump family of doing. Profiting off the presidency. Oh wait, I”m not surprised. If Biden didn’t have double standards then he wouldn’t have any standards at all. What a hypocrite.

It is not surprising that people of dubious repute marry into the Biden Crime Syndicate.

Chairman Xi-den makes every real-life mob boss look like a rank amateur. This guy is a master hustler; I’ll concede that.

Billy at least gave us some entertaining moments as well as something many wanted,

Now all of sudden, the media are concerned about ethics issues and the Biden family? A little late to that party, aren’t they?

the media are concerned about ethics issues

No, they aren’t, they’re covering for Biden. Announce the “potential” for issues, then completely ignore them in the future when everybody has forgotten.

It’s the Biden family…. they’ve been doing this type of stuff for years.

These rackets have paid off well, without any criticism, scrutiny or prosecution. Why stop, now?

All part of the show to make Harris POTUS. Never listen to what liars say. Watch what they do.

I’m certain that every single person here is shocked, shocked, to find that Chairman “Big Guy” Xi-den’s miserable, avaricious and self-serving clan members are lining their greedy pockets via connections to Xi-den. These Xi-den family rackets have been going on for decades, without any scrutiny or criticism from the Dhimmi-crat lemming, propagandist media, naturally.

And, as an aside — who believes that Chairman Xi-den reported one penny of his 10% kickbacks to the IRS, on his income tax return? This senile old fool is a miserable tax cheat, as well as a manifestly corrupt hustler.

Yet the Trump family had to shutter business they owned.

The ghosts of the Gambino family are slapping their foreheads and saying, “why, why didn’t WE think of getting a family member into the Senate!?”

Come on, man. Corruption is the family business.

And Joe gets 10% of everything.

A traitor holds the highest office in the unlawful Junta that seized our government. Sh-t flows downhill.

Secession anybody? The likes of these people would be on a gallows in our new land – after their assets were seized, however far spread they became.

Secession nobody. And that junta stuff is overmuch. Calm down. Think.