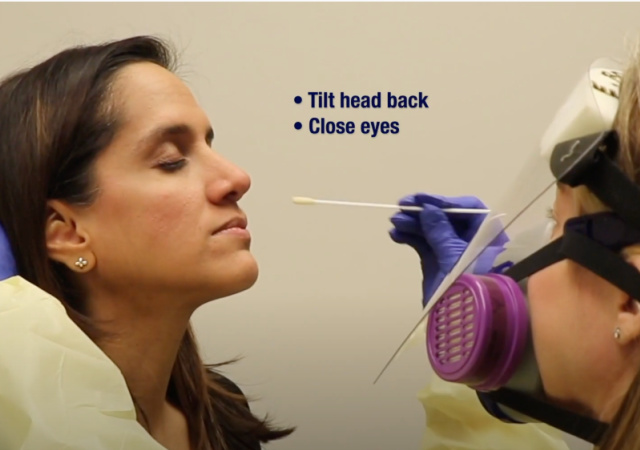 Beijing “promised to stop using” those tests on diplomats. But now reports say China denies ever administering the tests.

From VICE World News on Wednesday:

“The State Department never agreed to this kind of testing and protested directly to the Ministry of Foreign Affairs when we learned that some staff were subject to it,” a State Department spokesperson told VICE World News on Wednesday.

The spokesperson said Beijing had assured Washington that the test was given “in error” and that diplomatic personnel were exempt from the test, which was mandatory for incoming travelers in some parts of China.

“We have instructed staff to decline this test if it is asked of them, as was done in the past.”

Vice reported China has been using the tests for a while. Authorities insist these tests provide more accurate test results:

Researchers are still trying to confirm whether the coronavirus can transmit through feces or urine. One study about an outbreak at an apartment building in Guangzhou suggested the virus might have spread through the wastewater system.

I guess the dippylowmats were anxious to bend over.

Either someone is lying, or (more likely?) some don’t know their ass from a hole in the ground.

To be fair, some people… persons are ideologically prone to conflate holes. Some do in a shell game: a top hole, a front hole, a back… black hole… black whore h/t NAACP.

“Beijing “promised to stop using” those tests on diplomats. But now reports say China denies ever administering the tests.”

I would suggest that our diplomats tell the Chinese to shove it, but, apparently, this has been done.

CCP leaders deserves the activated carbon treatment. I am wondering if the Chinese people will ever throw off the CCP yoke? They are probably wondering if America rise up and dispatch those who are trying to put a yoke on us.

Looking at the photo it appears they took the swab out of their butt and stuck it in their mouth.

I guess this is another reason for Joe Biden to bomb Syria.

That was supposed to be an up-tick. Sorry…

The caption on the picture in the article reads:

And then they have a picture of a doctor/technician swabbing the throat/nose.

I saw an entire video of it online, but the doctor used a blue mannequin.

We have instructed staff to decline this test if it is asked of them, as was done in the past.

Not sure why any American diplomat would agree to them no matter when they were asked. I’d just tell them to fuck off and let the shit hit the fan (metaphorically) if they didn’t like the answer.

I remember once when diplomats had the courage to say “No, I’m not going to kowtow.”

Chinese communists sodomize American diplomats, quite obviously on purpose, to enjoy their humiliation.

As with Iran’s Islamic despots giving the naive fool, Obama, the middle finger, by capturing members of the U.S. Navy in a brazen exercise in humiliation — predictably without being subject to any U.S. reprisal or other consequences — after vile Obama’s vanity-driven capitulation farce of total and complete appeasement.

The global rogues’ gallery is reveling in humiliating Americans, and, why not? They know full-well that dim-witted, corrupt, feeble, tottering, Chinese communist-installed vassal/puppet/marionette/dotard/dhimmi, Chairman “Big Guy” Biden, is a transparently emasculated and weak figurehead, incapable of defending the U.S.’s interests.

Like hell they did it in error. Remember how they made Obama exit out of the ass end of an airplane?

Where do you think Jack Dorsey and Mark Zuckerberg learned how to make that same claim work for them?