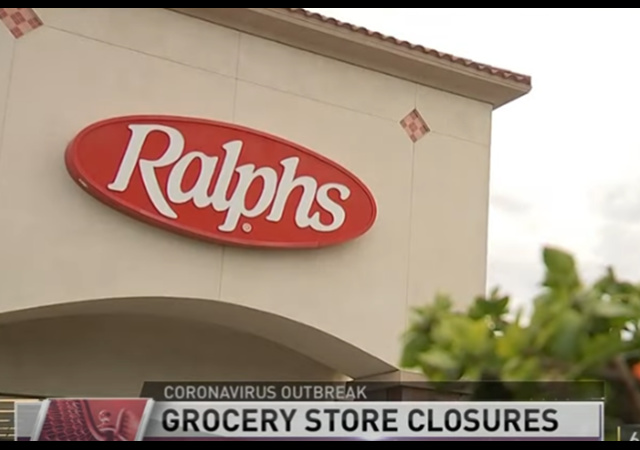 I have written about California Governor Gavin Newsom’s recall challenge, partly from the harsh pandemic restrictions that he ignored when convenient.

However, there is much failure at all levels in the Golden State. For example, Kroger, the parent company of Ralphs and Food 4 Less, announced that it is closing two of its stores in Long Beach due to city officials imposing a “hero pay” increase of $4 per hour for some workers.

In announcing the closure, Kroger cited a recently passed Long Beach City Council ordinance that mandated the hazard pay bump for at least 120 days amid the increased health risk to workers during the ongoing COVID-19 pandemic. The new law affects grocery stores with at least 300 employees nationwide or more than 15 employees per market in the city.

“As a result of the City of Long Beach’s decision to pass an ordinance mandating Extra Pay for grocery workers, we have made the difficult decision to permanently close long-struggling store locations in Long Beach,” a company spokesperson said news release. “This misguided action by the Long Beach City Council oversteps the traditional bargaining process and applies to some, but not all, grocery workers in the city.”

Another virtue-signaling rule imposed by local officials hurts the very citizens they swore to serve. The Los Angeles County Board of Supervisors has moved forward with a similar proposal for stores in unincorporated parts of the county.

It is so easy to vote to spend other people's money. https://t.co/vGwRNhveLW

When it comes to mandates, no aspect is too trivial for California bureaucrats. Just as they approved outdoor dining and Americans prepare for the Super Bowl, restaurants and bars won’t be able to bring out the big screen TV.

It’s a ritual of dining out to look out for the big screen televisions to keep updated on the Lakers score or monitor the NFL or soccer, even if your occasion is celebrating Mom’s birthday or closing a business deal.

But with Los Angeles County’s new rules for outdoor dining, which took effect Friday, TVs must remain off.

It’s one of several new regulations imposed as the county allowed eateries to have outdoor dining again after a devastating winter surge in COVID-19 cases.

RUSH: Why show up at a bar to watch the Super Bowl, folks? You can't. https://t.co/HAkW4mDkMO

Finally, analysis of the California COVID-19 vaccination program shows that it lags behind other large states.

California has now adopted an age-based distribution system, and the share of vaccine doses used has surged 13 percentage points in a week, bringing the state almost level with the national average. The state has also contracted with Blue Shield of California to oversee distribution. But some experts say the state is still recovering from the first critical early weeks.

The state’s early approach to vaccinations was akin to waiting for every first-class passenger to board an airplane before opening boarding to coach class, and not allowing anyone in the last boarding groups to stand in line before it’s their turn, said Dr. David Lubarsky, the chief executive of UC Davis Health.

“What you’d end up with is a plane that never left the airport,” Lubarsky said.

Since October, @GavinNewsom has vowed California would lead a fair & efficient vaccine distribution system, but it has devolved into chaos & confusion. Happening as Newsom faces a longshot recall & some Democrats say perhaps it’s time for new leadership. https://t.co/Vw30ch9F6x

California: Come for the sunshine and beaches, stay for the struggles and disease.

When you look at it throw the right prism it makes sense. This was always an attack on teh middle class

Will the cops bust diners and bar patrons for streaming the games on tablets, laptops, and smartphones?

First they’ll find out the score.

The goal is to destroy, and replace what is destroyed with fascism.

What motivates people to participate and support in thr destruction (sado-masochism, sheer ignorance etc) is one thing. But we have to fight visciously against them. Or leave the nation, taking what is ours. There is no middle ground.

Where I live in CA there are 3 different vaccination priorities … the states age based priority, there’s a county wide priority and my healthcare provider follows the CDC priority where it’s a “don’t call us we’ll call you” situation. Mostly we just sit on our ass wondering what’s going on as leadership sticks their head up their arse … which is the normal and predominant state of affairs in CA. Newsom needs to go and not just because of how he’s managed the pandemic.