“It has been the honor of a lifetime to serve the U.S. Department of Transportation.” 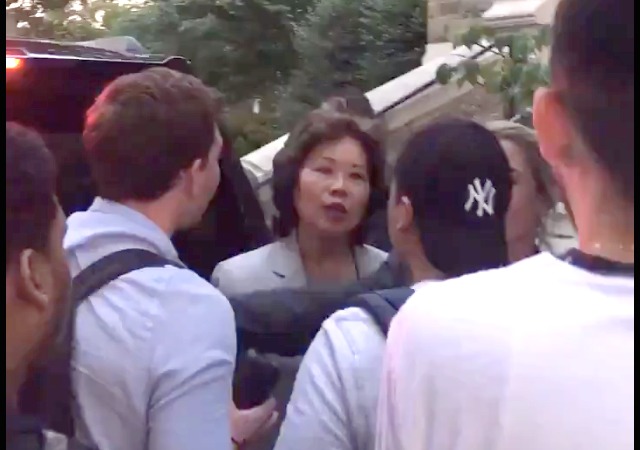 Secretary of Transportation Elaine Chao submitted her resignation letter a day after the chaos at Capitol Hill.

She is married to Senate Majority Leader Mitch McConnell.

It has been the honor of a lifetime to serve the U.S. Department of Transportation. pic.twitter.com/rFxPsBoh6t

McConnell issued a statement on security:

“I salute and applaud those front-line U.S. Capitol Police officers who stood bravely in harm’s way during yesterday’s failed insurrection. We are praying today for those who sustained injuries, some serious, in the line of duty. Congress is also deeply grateful to the local officers from D.C., Virginia, and Maryland, the federal law enforcement personnel, the National Guard, and all the other professionals who deployed to help subdue the criminals and retake the Capitol.

“With that said, yesterday represented a massive failure of institutions, protocols, and planning that are supposed to protect the first branch of our federal government. A painstaking investigation and thorough review must now take place and significant changes must follow. Initial bipartisan discussions have already begun among committees of oversight and Congressional Leadership.

“The ultimate blame for yesterday lies with the unhinged criminals who broke down doors, trampled our nation’s flag, fought with law enforcement, and tried to disrupt our democracy, and with those who incited them. But this fact does not and will not preclude our addressing the shocking failures in the Capitol’s security posture and protocols.”

Piling on with virtue signaling.

What jobs he hubby Mitch got lined up for her now?

Whatever it is, she won’t be on her knees like Kamala Harris.

Good,don’t let the door hit you in the ass.

Now, off to your Communist Chinese masters, Elaine. And take that POS your married to with you.

Well- that’s what happens when you hire from the swamp.

China must have finally cut her off.

How brave! What a statement she is making! The GOPe must be so proud.