Tenth Day of Christmas: Feast of the Holy Name of Jesus

Tenth Day of Christmas: Feast of the Holy Name of Jesus

It’s a day to remind everyone  to be thankful “for these blessings we receive through our Holy Redeemer.” 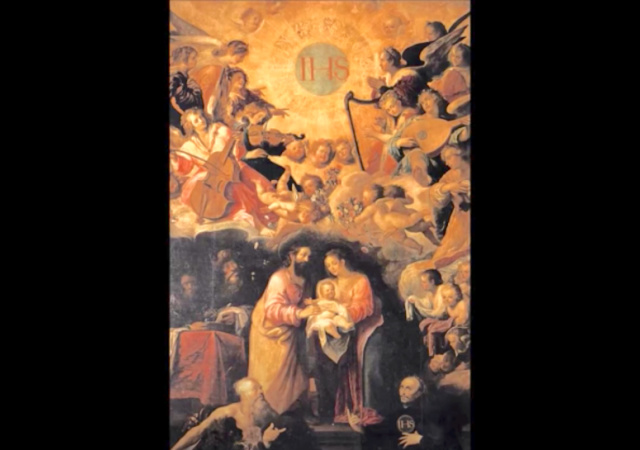 On January 3rd, the tenth day of Christmas, is the Feast of the Holy Name of Jesus.

This feast day went away after Vatican II. It came back in 2002 during the revision of the Roman Missal thanks to Pope John Paul II.

This seems weird to some because don’t we give thanks to Jesus every day? I know it did to me when I read about it during my conversion to Catholicism.

But it’s a day to remind everyone  to be thankful “for these blessings we receive through our Holy Redeemer.”

You can give St. Paul the “credit for promoting devotion to the Holy Name because Paul wrote in Philippians that God the Father gave Christ Jesus ‘that name that is above every name.'”

But the practice did not become popular until St. Bernardine of Siena:

Both St. Bernardine of Sienna (1380-1444) and his student St. John of Capistrano (1386-1456) promoted devotion to the Holy Name of Jesus. In their preaching missions throughout Italy, they carried a monogram of the Holy Name surrounded by rays. In its origin, the monogram IHS is an abbreviation of the name Jesus in Greek: I and H representing an Iota and Eta respectively, the first two letters of the name; to which later was added S, a Sigma, the final letter. (A later tradition holds that IHS represents the Latin Iesus Hominum Salvator, meaning “Jesus Savior of Mankind.”) St. Bernardine and St. John blessed the faithful with this monogram, invoking the name of Jesus, and many miracles were reported. They also encouraged people to have the monogram placed over the city gates and the doorways of their homes. Dispelling the objections of some who considered this veneration superstitious, Pope Martin V in 1427 approved the proper veneration to the Holy Name and asked that the cross be included in the monogram IHS. Later in 1455, Pope Callistus III asked St. John to preach a crusade invoking the Holy Name of Jesus against the vicious Turkish Moslems who were ravaging Eastern Europe; victory came in their defeat at the Battle of Belgrade in 1456.