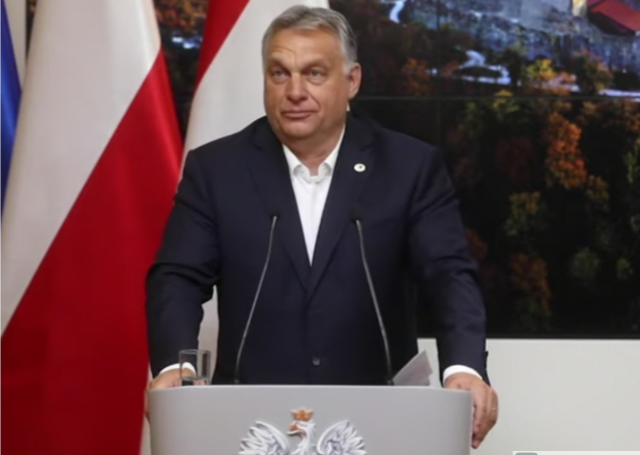 On Monday, the Hungarian minister blasted Facebook and other social media companies for limiting the “visibility of Christian, conservative, right-wing opinions.” They were violating “all those fundamental democratic legal norms that form the basis of Western-type culture,” she added.

The minister said she would meet the Hungarian competition watchdog this week to discuss possible penalties for what she described as unfair commercial practices as well as convening a meeting of the country’s digital freedom committee.

In a growing wave of criticism, some government officials are complaining about what they have described as efforts by social media companies, including Facebook, to limit conservative views on their platforms. (…)

“‘Shadowban’ means the act of social media providers secretly, for political purposes, restricting the visibility and access of our user profile without our knowledge about it,” Varga said in a Facebook post.

“To reduce their reach, Facebook also limits the visibility of Christian, conservative, right-wing opinions. I also have personal experience of that,” Varga said without elaborating. (…)

Varga has nearly 120,000 Facebook followers, while Orban has over 1 million, representing more than 10% of the Hungarian population. The prime minister frequently uses Facebook to announce government decisions about COVID-19 or economic policy.

The social media ban on President Trump shows “how vulnerable we really are to global control of liberal social media,” she warned last week. “In digital imperialism, it no longer matters whether one is an average user or the democratically elected president of the world’s leading power, since it has become clear that both can be silenced at the touch of a single button.”

“After US president’s [Twitter] ban, some wonder if action will be taken against populists accused of using social media to stir chaos,” UK’s leftwing newspaper The Guardian commented.

Besides Orban, the newspaper named India’s Modi and Brazil’s Bolsonaro as populist leaders deserving a ban on social media.

But it is not just big tech. The incoming Joe Biden administration may also seek to punish Orban and other suspected ‘Trump allies’ on the world stage, media reports suggest.

Politico noted that “a Democratic administration is likely to shun” the leaders of Hungary and Poland “as political pariahs.”

Trump: ‘Free speech is under assault like never before’

As long as they serve to attract more people, it makes sense.

Marxist Dems are alienating traditional Dems, and they need to brought into the fold.

They should start domestic versions of each platform, predominate players have become rather arrogant and need to be cutoff at their knees. At least in America, they will be protected from prosecution for the time being, so we the people need to boycott them for at least the next four years, better yet, maybe until hell freezes over.

So, it’s Hungary, we should all pack our bags and go

Pretty much true for any eastern european country that was once part of the soviet block. They remember the old days,and they weren’t too good back then for them.

This Texan moved to Slovakia, my wife’s homeland. We live on the Danube and Hungary is just across the river from us. Great place and good food. We also have a summer home on the Dalmatian Coast and like Croatia too.

The world is starting to dance.

Air Force General Hytens on Telegraph
The General Is Picking Up Followers At An Impressive Rate
http://classicalvalues.com/2021/01/the-general-is-picking-up-followers-at-an-impressive-rate/

His spokeswoman says he did not, it is a fake.

Shirer’s Rise & Fall has two chapters which bear familiarity to what we are witnessing here in the USA. If you have a copy of the book, give these a read.

Read it in college-days in 90s. Difficult to order in Europe.

Recently, found an early edition in a second-hand book store in Johannesburg. Re-read it. Very insightful.

It would be totally awesome (and wise) if both were shut out of a ton of countries over their censorship and undue political influence. If they can take down Trump what world leader can they not take out?

Send a clear message- knock this shit off if you want to access our citizens.

Eastern European nations with memories of what life was like behind the Iron Curtain are beginning to realize the Bolsheviks are alive and well and taking control in the USA. A nation once described as the land of the free and the home of the brave.

Poland is looking to enact a similarly law.

All the old Warsaw Pact (now free) nations should do this. I am sure that Facebook, Twitter et al, will quit these countries.

So much the better.

What would be the chance that the Eastern European countries would start hosting politically conservative web sites? They would be outside of influence from our own failing government.

Parler based in Warsaw is an intriguing idea.
.

The EU will freak out, for one.

Poland makes hand gesture of middle finger pointed downward to EU: “Can you hear this? Let me turn it up.”

There is nothing to stop an American from hosting offshore. I had a shyster attorney try this crap on me years ago, First one host folded and then a second did the same a week later. When I picked the third hosting service I also setup an offshore account, with it being the backup DNS. Then I set out to destroy the prick, two years later he had only managed to get one new client. Sometimes you need to play nasty hardball.

I think that will be the minimum effort required to deal with the current situation, and it will have to occur on a grand scale. We seem to be dealing with people a group of people who are drunk with power, people who do not believe anyone can hold them accountable, people who will not stop until they see their fellows being canceled, destroyed, just like they have done to others. Then they will understand.

“Politico noted that “a Democratic administration is likely to shun” the leaders of Hungary and Poland “as political pariahs.””

Poland and Hungary should tell Biden, “Shun and GFY. We survived the Muslims, the Nazis, the Russians, and our very own communists. We’ll still be around long after you’re gone.”