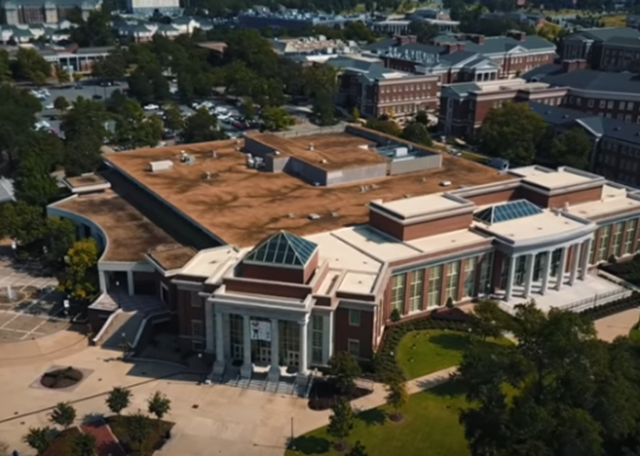 The U.S. Department of Education is investigating a potential link between the University of Alabama and the Wuhan Institute of Virology, the facility that may be the origin of the COVID-19 pandemic.

At issue is the Partnerships page of the Wuhan Institute of Virology’s website, which lists the University of Alabama, along with six other American entities, including Harvard University.

In a seven-page Dec. 22 letter from Reed Rubinstein, principal deputy general counsel, to UA President Stuart Bell, the department’s Office of the General Counsel says that the school could be in violation of the Higher Education Act of 1965, which requires institutions of higher education to fully report gifts and contracts “from or with a foreign source” to federal authorities.

The letter gives the university 30 days to produce any records related to the partnership or with any affiliated universities or groups, including the Communist Party of China, going back as far as Jan. 1, 2015.

The University of Alabama has issued a denial:

“The UA reference on the Wuhan Institute of Virology website was brought to our attention earlier this year. At that time, we reviewed any possible related institutional records to determine the basis for the reference. We found no ties or connection between UA and WIV, and no reason for UA to be listed on the website.

University officials reached out to WVI to question the reference and requested the UA reference on the website be removed, but never received a response. We have relayed this information to the Department of Education.”

There are five other institutions also acknowledged by the Wuhan institution to be part of a “partnership”. Per the institution’s website:

The National Institutes of Health, the United States

Meanwhile, China has jailed a citizen-journalist for four years over Wuhan virus reporting during that city’s battle with the disease.

Zhang Zhan, 37, the first such person known to have been tried, was among a handful of people whose firsthand accounts from crowded hospitals and empty streets painted a more dire picture of the pandemic epicentre than the official narrative.

“I don’t understand. All she did was say a few true words, and for that she got four years,” said Shao Wenxia, Zhang’s mother, who attended the trial with her husband.

The trial was held at a court in Pudong, a district of the business hub of Shanghai.

“Ms Zhang believes she is being persecuted for exercising her freedom of speech,” Ren had said before the trial.

Critics say that China deliberately arranged for Zhang’s trial to take place during the Western holiday season to minimize Western attention and scrutiny. U.S. President Donald Trump has regularly criticised Beijing for covering up the emergence of what he calls the “China virus”.

How about the Feds examine the link between Wuhan and Fauci?

Who, Wray? Who, that psycho Garland coming in as AG?

Who, Wray? Who, that psycho Garland coming in as AG?

“We never thought it could happen here.” Where did you hear that before?

They are going to be busy covering up the Ashlei Babbitt murder.

There is nothing they can say that justifies the murder of Ashli Babbitt.

“I don’t understand. All she did was say a few true words, and for that she got four years,”

Coming to a city near you.

As a college football fan I really dislike The Tide. If the connection is true what a horrible stain on U of A. Yes, we will cheer for the Buckeyes since my Irish were creamed by the tide.

As an enthusiastic fan of the Auburn Tigers I can understand your point of view, but this has nothing to do with collegiate athletic programs.

UA has been implicated by a foreign actor that has little concern about anything that doesn’t somehow advance their political aims. In other words, they don’t care a whole lot if it helps them. Honesty? Not for Communists.
.

“The National Institutes of Health, the United States”

This, of course, is the big one.

Why are we not investigating why Fauci actually paid Wuhan to conduct “gain of function” research on COVID?

Why, for that matter, do we persist on using the enemy’s euphemism “gain of function” to describe what this really is, which is WEAPONIZATION?

You missed a university affiliation. The first one, in fact. Ralph S.Baric, Professor of Microbiology and Immunology at the University of North Carolina’s Gillings School of Global Public Health of UNC – Chapel Hill. He was involved in a joint study of coronavirus gain of function with the “bat lady” Shi Zheng-Li and Fauchi’s CDC. It was first conducted at Baric’s lab as well as at the Wuhan Biohazard 4 Lab, but when the Stste department called the experiments too dangerous and ordered them stopped, they were all moved to Wuhan. Tony Fauchi then sent a second installment of $3.7 in U.S. taxpayer dollars to Wuhan to ensure the experiments would go on. Tony Fauchi has been predominantly occupied with bioweapon research for the past ten years. Isn’t that a wholesome pastime for a man in charge of national public health? Funding bioweapon research in the country of our greatest enemy.

Here is a link to the paper Baric and ZhengiLi published together on the research. You will see the name of many other researchers, also paid by the CDC:

Here are a number of articles the Gateway Pundit published detailing all the bioweapon research being conducted as a joint project between the CDC, Wuhan Labs, Bill Gates, George Soros and WHO:

All the money went in the right pockets so nothing to see here.