“The steep decline in airport traffic because of COVID-19, coupled with all of the new ways that people are consuming content on their personal devices, has lessened the need for the CNN Airport Network” 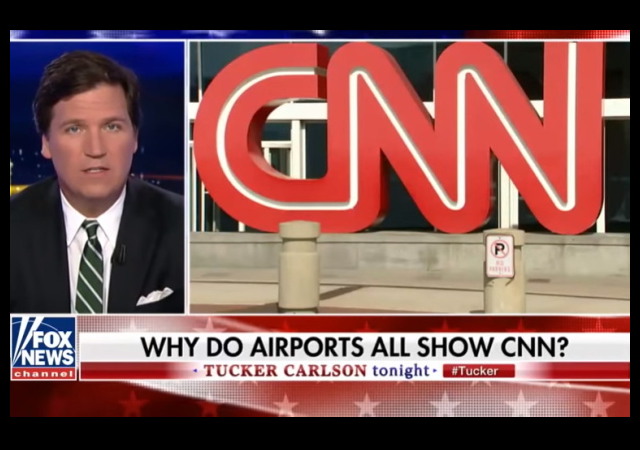 Now that the COVID-19 pandemic has decimated the air travel industry, CNN is discontinuing its airport network. With no captive audience forced to watch, what’s the point?

What will all those airport TV screens show now?

CNN Airport, a long-running out-of-home media operation that became an integral part of the traveling experience for people flying through Chicago’s O’Hare, Dallas’ Love Field or even Fresno-Yosemite International Airport, is shutting down, the victim of shifts in consumer behavior that are moving more quickly than a Boeing 737.

CNN said the operation, which aired a mix of news from CNN and snippets from other WarnerMedia networks in 58 different airports in the U.S., would close as of March 31.

“The steep decline in airport traffic because of COVID-19, coupled with all of the new ways that people are consuming content on their personal devices, has lessened the need for the CNN Airport Network and we had to make the very difficult decision to end its operation,” the AT&T unit said in a statement.

This is the second CNN operation to be shuttered in the past five months. The company scuttled its Great Big Story video unit in September.

Have you ever wondered why CNN was always on at the airport? In 2018, Tucker Carlson did a deep dive into the subject and explained the deal the network had with airports.

Case in point: in his final segment on last night’s show, Carlson railed against airports that play CNN in their waiting areas.

“Everyone’s watching CNN,” he said. “They don’t have a choice.”

Carlson, a former CNN host himself, said the decision “may have made sense 20 years ago, when CNN had a centrist reputation.”

But now, he contends, the channel is simply home to “wacky Russia conspiracy theories” and “strange spiritual advice from philosopher-poet Chris Cuomo.”

“Airports feel like a lesser version of hell with dirty seats, overpriced food and propaganda posing as news on CNN,” Carlson said.

Well, it turns out CNN pays 47 airports to air its channel. It also reimburses them for the televisions, cable connections and maintenance.

And CNN doesn’t skimp. Carlson said the network pays Miami International Airport $150,000 a year to play on its TVs.

CNN has just forfeited 95 percent of its viewership https://t.co/my36GL51WL

At least there’s one small silver lining to the Covid panic. Years ago I had a 4 hour layover in Atlanta and CNN was loudly blaring their propaganda everywhere. I searched for a place to sit out of earshot, but couldn’t find one. Finally, I stuffed Kleenex in my ears.

When I was flying a lot I took refuge in the frequent flyer loungs.

Under the Great Reset it won’t. Covid lockdowns are seen as a dry run for eliminating global warming (now known as climate change for marketing purposes) through the destruction of all economic activity.

Even if air travel does recover, CNN is a victim of “get woke, go broke.” Viewers have been tuning them out as they became more and more radical and just plain left-wing loopy. Recovery of air travel will do nothing to improve their (hopefully irretrievably broken) bottom line.

The thought that came to my mind was “There never was any need in the first place….”

Since the “need” was always zero, lessening it is actually something of an accomplishment.

Does anyone know if they used their captive airport audiences to pad their dismal ratings?

Probably right along with the ratings that they give them selves for the captive audience they have on regular cable TV. Whether or not you watch it it’s there, and you’re paying for it. Same with MS NBC, CNBC, CBSN, and all of the televangelists who bring the Word of the Lord while wearing an Armani suit and a Patek Phillips watch. No matter what, you’re paying for it

>>What will all those airport TV screens show now?

The latest crop information under the Five Year Plan, comrade.

For the moment, COVID spots promoting masks, distancing and washing your hands.

CNN never had a centrist reputation.

Now if we could just get the people who don’t use headphones to have some courtesy, the airport will be much improved. Except for the uncomfortable chairs and overpriced snacks. ?

I didn’t realize that CNN was paying the airports, I thought it was the other way around. That explains a lot. How many passengers really wanted to watch that stuff? Obviously, very few.

And there was rejoicing throughout the land…

I am old enough to remember when CNN was marketed as a conservative alternative to broadcast news.

Good riddance — I don’t know any traveler of sane mind who wants to listen to the incessant and inane Dhimmi-crat propaganda proffered by CNN, while waiting in an airport lounge.

I always prefer reading when I’m waiting for a plane, and the racket from CNN was distracting and annoying. Good riddance.

This is he best news so far in 2021, I hate listening to CNN anytime, any place!

I really hope this is permanent.

This is the best news I’ve heard in a long time.

That’s great news. A major source of irritation has been removed from the air travel experience. Perhaps, airports can just turn t.hose darned TVs off and spare travelers from another source of offensive noise.

I used to travel regularly by air for business (10 ~ 14 trips/year) and, oh my, did I detest that mainstream-group think network . . . so far away from the wild entrepreneurial days of TBS and Ted Turner.

Of course, I also hated those every-13 minute announcements that, “the Dept of Homeland Security has determined that the current threat level was ‘Orange’.” I think it was orange for 15 years until they finally realized their color ratings were even more useless than their bag checking and they phased out the entire system.

Bright side, is this was costing CNN $millions and it was just another way they showed their investors/owners that their news programming failed to provide value. Moreover, I haven’t done business travel by air in over 8 years!