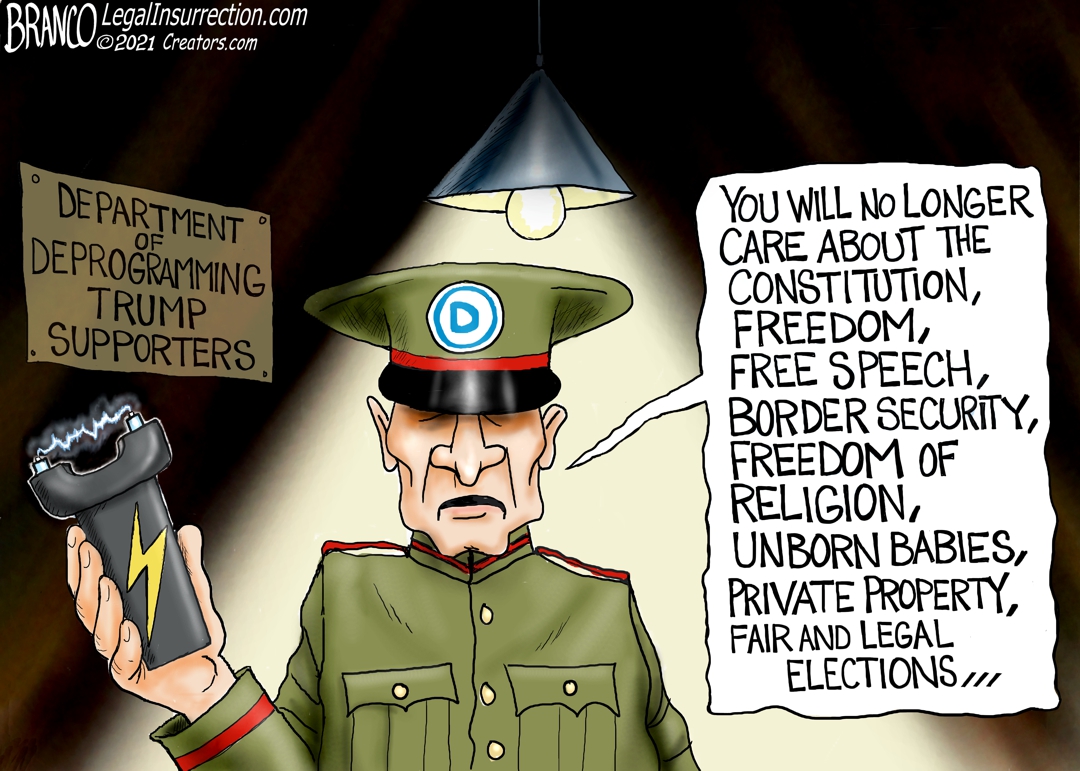 Appropriate, given that we now live in a banana republic.

Banana Republic yes — but only as an interim. I would say we’re sinking into the abyss of a proto-Corporatist Fascist regime.

The “Democratic Socialism” has been the public face — intended to provide street-theater and agitprop, and appeal to Millennials (and useful idiots of all ages). Note that big corporations were funding, e.g., the openly-Marxist BLM, which in theory would be an existential threat to then. This because …

Behind the curtain we have oligarchs: multinational corporate and banking interests; NGO’s (such as World Economic Forum); Soros … and likely the CCP.

Now with the United States taken out, they have a glide path to “build it back better” / “sustainability” / “social justice” us into “The Great Reset.”

If you look at the WEF’s publicly available “Great Reset” material, it de facto describes a dystopian Corporatist Fascist model in which the globe (except perhaps that carved out for the CCP to run as it wishes) will see: “By 2030 you will own nothing and be happy” (query who will now own everything); meat essentially eliminated from the serfs’ diets, replaced with insects and grubs; cities of mass surveillance (note the Google / Alphabet experiment in Canada).

“Banana Republic” may be a high point in where this country is going.

No, the “law” isn’t dead. But it certainly doesn’t apply equally to everyone any longer. It’s now a two-tier system. There is the “law” for the rich elite and political class that allows them to do pretty much anything they want without repercussion. Then there is the “law” for everyone else that is strictly enforced to the letter for even the most minor infractions. Of course, it shouldn’t be that way. But here we are.