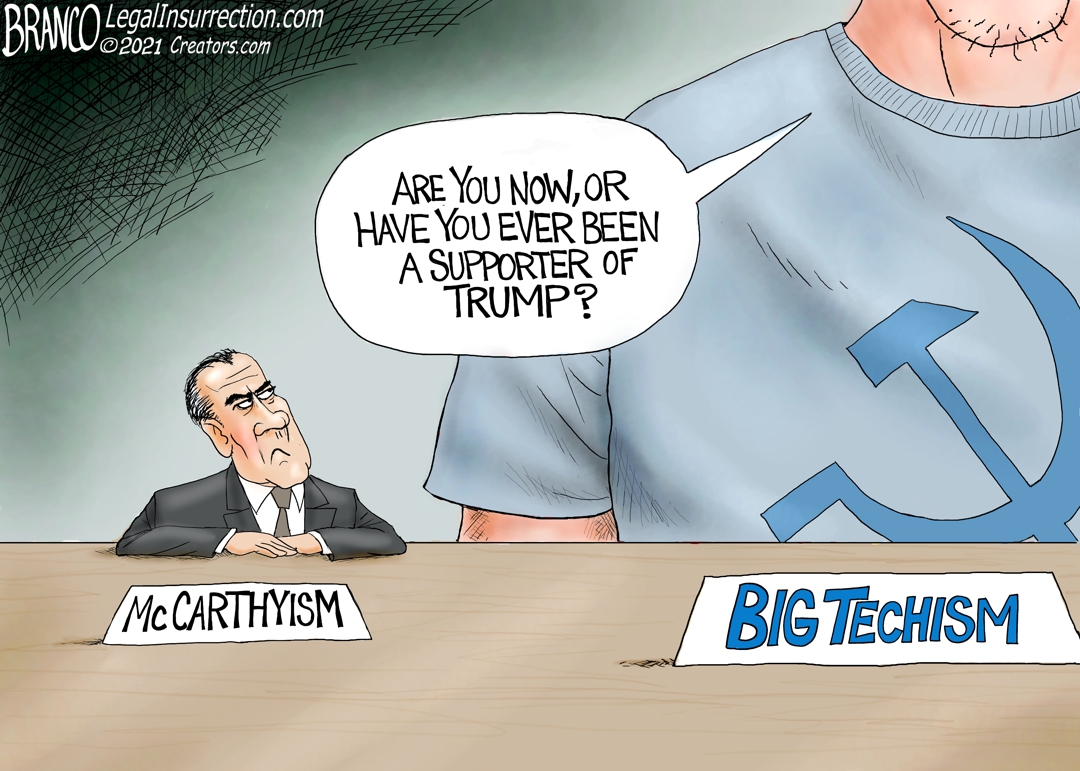 Can we all come to a consensus: that we’re abandoning the Republican Party?

It’s always useful to use the leftists’ hatred for McCarthyism against them. But let’s not get confused about our own view on it.

I was taught that the only problem with McCarthyism was that innocent people were accused of being communists. As the years pass I’ve become increasingly skeptical about how often that actually happened. I’m not convinced any of the people McCarthy himself accused were innocent. But I’ve run into people on the right who genuinely oppose it, even when the accused is guilty.

I know that if I had kids in school and learned that one of their teachers was an actual communist or nazi, I would want them fired. I’d want to see good evidence first, but if the evidence was satisfactory then I have no problem with the idea that they should be fired for their views. So I can’t object in principle when communists and nazis decide they don’t want decent people influencing their children. All I can do is flip their own words against them, which doesn’t work because they have no sense of shame, or of history.

M Stanton Evans wrote Blacklisted By History in 2007. And yet to this day I keep seeing conservatives who should know better using the left’s propaganda to slander fellow conservatives and rewrite history.

McCarthy wasn’t making wild unfounded accusations. He was being fed names based on counterintelligence. He did not reveal his sources because there were communists and sympathizers in the White House, the DOJ, and the State Department.

Surely we all now know about the infiltration of our government by our enemies. You should be used to it by now.

McCarthy was a piker compared to the Tech Tyrants.

And McCarthy had truth on his side…