Catholic and other private schools have been open since August without a lot of problems. 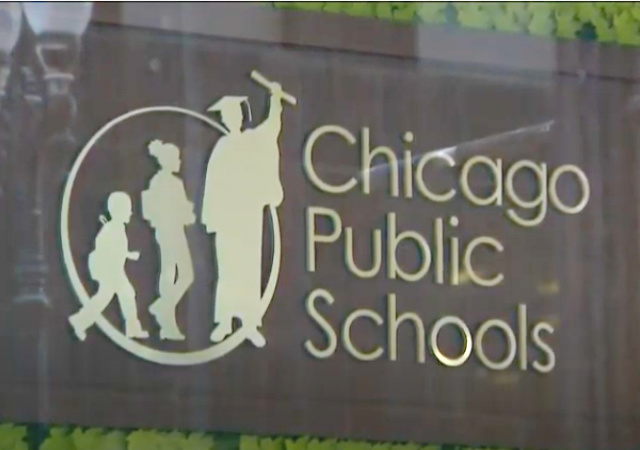 Chicago Public Schools (CPS) reopened on Monday for the first time since the beginning of the COVID-19 pandemic. The Chicago Teachers Union (CTU) has argued for months that it is unsafe to go into the schools even though the Chicago Department of Public Health’s COVID bureau supports the CPS reopening plan.

Some teachers set up shop outside in the cold to teach virtually.

The CTU has screamed and screamed that CPS ignored its demands. CPS accepted almost all the demands, including health screenings, access to tests, requiring masks, putting distance between desks, and putting in new HEPA air purifiers.

The schools opened on Monday, but CTU stuck to its word because 40% of the teachers and staff did not show up for work:

About 40% of Chicago Public Schools teachers and staff who were expected to report to schools Monday for the first time during the pandemic didn’t show up for in-person work, officials said Tuesday, accusing the Chicago Teachers Union of pressuring its members to defy the district’s orders.

In all, about half of teachers and three-quarters of school-based support staff in preschool and special education cluster programs returned to classrooms as expected, accounting for 60% of those 4,400 employees scheduled to go back to specific schools, the district announced. Officials didn’t immediately provide data on another estimated 1,400 employees that were supposed to return but work at more than one school. The first two days after winter break last school year saw about 83% of employees present.

In a sign of the increasing tension between the school system and the teachers union, CPS CEO Janice Jackson said Tuesday that the number of employees who reported to work was “significant considering the fact that they were pressured by the union not to return.”

Jackson also blasted the letter she got from 36 aldermen. After all, private schools in every ward have been open since August:

“I also think it’s important to challenge the hypocrisy from some of them who have children who have been going to school. They have children in Catholic schools who have been accessing that, but yet they’re making decisions or influencing the decisions of other people. … When it’s purely political, or just a distraction, I think people need to be called out for that hypocrisy.”

A few teachers at the Brentano Math & Science Academy set up classrooms outside to teach virtually.

Study after study has shown that interruptions to a child’s education affect his or her future.

Even Mayor Lori Lightfoot understands the importance of keeping kids in school:

But in a separate news conference Tuesday, Mayor Lori Lightfoot urged those outside the school system to go see for themselves what measures have been put in place.

Lightfoot said CPS, working with the Chicago Department of Public Health, has “gone over and above” what’s been done at private, charter and area Catholic schools.

“We encourage teachers to ask as many questions as they need, but we also have to acknowledge that walking out the door is not a zero-risk proposition in a pandemic, and things are getting better overall for our city,” Fricchione said.

“Things are getting better, and the option for public education is the right thing for children and families right now. And as we engage in this new year together, we have more and more data every day that we will continue to share with the district.”

Only in Chicago. The CTU has too much power. I’d say that all the teachers and staff defying them would make the union change its ways, but it won’t. It’s Chicago.

Did the CTU bother asking parents? How about parents with special needs children? The lockdowns have affected them more than other kids because they need physical, speech, and occupational therapies from people with training:

Tameeka Chalmers’ 13-year-old son Antwaun attends school on Chicago’s South Side. He has cerebral palsy and struggles with remote learning. Chalmers said he needs to be back in the classroom and she’s frustrated with the Chicago Teachers Union’s pushback.

“To me, nothing is going to be good enough for them,” Chalmers said. “I don’t care if they go in and put in new pipes and new ventilators and humidifiers, they’re gonna find something wrong with that plan.”

One good thing came out of the pandemic. Some parents of special needs children discovered that schools are not challenging their children.

The Chicago Sun-Times spoke with Nancy Curran, who has concerns about her child Oliver’s special education team at school because she noticed other kids in his class read, but he does not:

Now, with Oliver attending school virtually due to the pandemic, Curran has noticed other students are already reading in her son’s seventh-grade class of fellow special education students.

“Why are other kids reading and not my son?” said Curran, of Streeterville. “I’m very concerned about that, and I’m not really being taken seriously.”

Remote learning has opened a window for parents to peer into their students’ classrooms, which was difficult to do before the coronavirus pandemic. At Chicago Public Schools, some parents of children with disabilities say they are disheartened by services they believe fail to meet students’ needs and are upset by the low expectations some educators have for their children.

Are you seriously under the misconception those teachers are there for the kids? If so you might want to see what the union says.

If they can’t provide a doctor’s excuse then they need to be fired.

I’m a physician. Don’t lay this one on me. We’re busy enough without having to listen to neurotic teachers demanding that we invent some novel medical excuse for them.

True story: an older colleague of mine at the University told me once how, just after seat belts were mandated, a woman came to him looking for a medical note excusing her from wearing them. She had large breasts and was concerned that a seat belt harness would chafe them. My colleague agreed with the medical finding but refused to write the note.

“We’re busy enough without having to listen to neurotic teachers demanding that we invent some novel medical excuse for them.”

So tell them no. That’s pretty much the point. If you’re not brave enough to do the job when you have it, how are those of us who don’t have your job supposed to do it for you?

What evidence is there that exposing kids to either the CPS or members of the CTU has any positive effect on their learning?

Disinformation and spreading a social contagion has consequences.

There is a Chicago suburban school district which has issued 60 days notice to employees who have preexisting conditions.

We can fix this quickly. The state legislature should pass a bill mandating that state funding will be done as vouchers to the children that can be redeemed at any public school in the child’s county, private school, learning pod or accredited program.

We ALREADY do this for college students — the aid and grants go to the students who use them at their college of choice, so long as that college is accredited.

how many were still vacationing in the caribe islands

That was remote teaching from the Carribean

Fire the ones that didn’t show up. If there is a way to strip their pension, then do that as well.

Over 25,000 students were missing from Chicago Zoom school. Some schools had an 11% attendance rate. But the Chicago Teachers got paid in full.

The Chicago Teachers Union controls the City. Enrollment at Chicago Public Schools is down over 100,000 students in the past 12 years, but not one teacher has been laid off or a dime cut from the budget.

This year, Mayor Lighthead increased the School budget by $75 Million.