“UT agreed to disband its absurd PC police and end policies that suppress speech on campus.” 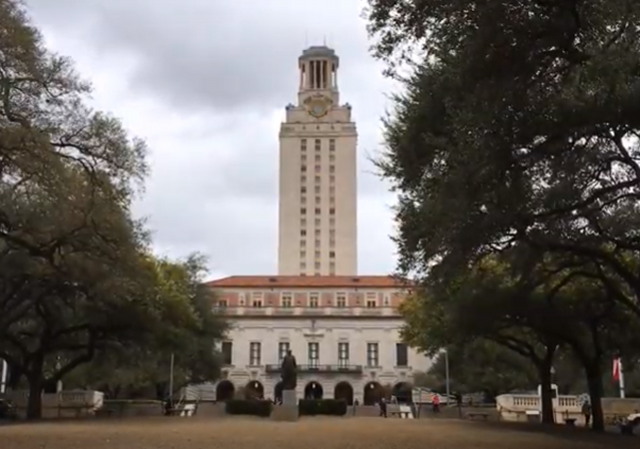 The University of Texas at Austin has changed its free speech policies in the wake of a lawsuit filed by the free speech advocacy group Speech First.

The changes have the full support of Texas Governor Greg Abbott and represent a big win for free expression.

The University of Texas has agreed to dismantle its Campus Climate Response Team after an ongoing legal battle concerning the right to free speech on campus, according to an opinion piece from the Wall Street Journal.

The UT website states the team was enacted to help students report hateful comments, prejudiced behavior or other incidents of alleged bias. Examples include derogatory graffiti, verbal harassment, hostile classroom environments or hateful written comments in regard to topics such as citizenship, race, disability, sexual orientation or gender identity.

This comes after nonprofit group Speech First reportedly filed a lawsuit in 2018, claiming the university “created an elaborate investigatory and disciplinary apparatus to suppress, punish, and deter speech that other students deem ‘offensive,’ ‘biased,’ ‘uncivil,’ or ‘rude.’”

According to the Wall Street Journal, the suit eventually led to a settlement, in which university leaders agreed to disband the response team. However, UT still reserves the right to develop an alternative system in its wake.

Political correctness is being ended at the University of Texas at Austin.

UT agreed to disband its absurd PC police and end policies that suppress speech on campus.

This is consistent with the campus free speech law I signed last session. https://t.co/qXKot20r49

Thanks to Speech First’s lawsuit and subsequent settlement agreement filed on December 22, the University of Texas agreed to the following terms set by Speech First:

1) The school has removed the provision in its internet policy that prohibited sending “rude or harassing correspondence,” and will not reinstate it.

2) The school has revised the provisions in its Residence Hall Manual governing harassment and incivility, and will not reinstate them.

3) The school amended its definition of verbal harassment, and will not reinstate the prior definition.

4) The school has abolished its Campus Climate Reporting Team; if the University ever creates an alternative to the CCRT, Speech First is free to challenge that alternative in a new lawsuit.

This landmark victory for free expression means the University of Texas can no longer intentionally chill student speech while ignoring the guaranteed protections of the First Amendment.

“However, UT still reserves the right to develop an alternative system in its wake.”

Translation: We’ll still do it all, but surreptitiously.

For it to matter the people who brought about the creation of the “Campus Climate Response Team” would need to be fired. Frankly, no one who believes that such a thing should exist should work for a college in any capacity. Thought police should be antithetical to a college. Bring your arguments not your power and authority.

notamemberofanyorganizedpolicital in reply to Martin. | December 27, 2020 at 12:39 pm

These things are funded by the communist Chinese.

“Be not deceived; God is not mocked: for whatsoever a man soweth, that shall he also reap.”
Galatians 6:7 (KJV)

The number of these cases amazes me. It seems that for every victory like this, the need for 20 more appears. The determination to enforce conformity is seemingly endless.

This will continue until all of the commie profs and admins are fired. Cut them off from their troughs and remove them from the university.

Air drop them into the Communist Chinese slave labor camps.

Just like the lawfare progressives, time to flood the courts. The main difference, in this case the suits will actually be protecting civil rights, not merely pushing a political ideology and agenda designed to destroy those rights.

The problem is that there are legitimate forms of harassment, via email or otherwise, and it can be very tricky to draft a law that makes a clear distinction between sending dank memes to your bros via your university email account and shouting at students in a library through a megaphone.

There’s a simple fix for this whole issue, though: stop all public funding of all universities. There’s no Constitutional authority for it at the federal level and no compelling argument for it at the state level. Private universities can teach whatever they want, charge whatever tuition they want, and have whatever speech codes they want. Universities that provide value will thrive, and places like Oberlin and Evergreen will fail.

Oberlin is a private college, while Evergreen State is a public college.

Shut that corrupt bitch down.