Sorry I missed yesterday! I included the little known saint in this piece. 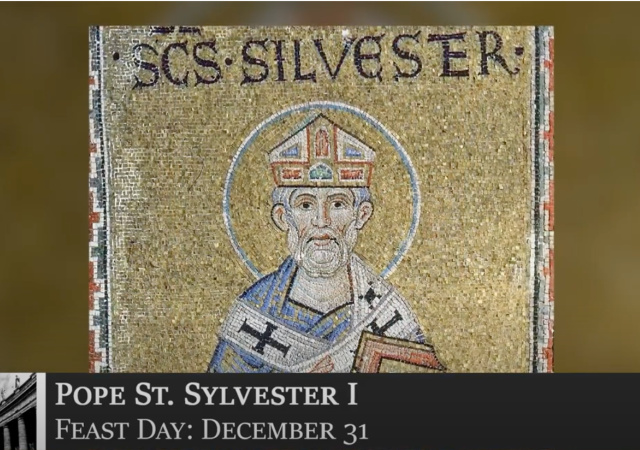 I am combining the sixth and seventh day of Christmas in this post. I am sorry I missed the 29th, but something came up and I got busy.

On the sixth day of Christmas, December 29th, we celebrate St. Egwin of Worcester.

Not a lot of people are familiar with St. Egwin, even a Catholic like me.

Born in the seventh century of royal blood, Egwin entered a monastery, and was enthusiastically received by royalty, clergy, and the people as the bishop of Worcester, England. As a bishop he was known as a protector of orphans and the widowed and a fair judge. Who could argue with that?

His popularity didn’t hold up among members of the clergy, however. They saw him as overly strict, while he felt he was simply trying to correct abuses and impose appropriate disciplines. Bitter resentments arose, and Egwin made his way to Rome to present his case to Pope Constantine. The case against Egwin was examined and annulled.

Upon his return to England, Egwin founded Evesham Abbey, which became one of the great Benedictine houses of medieval England. It was dedicated to Mary, who had reportedly made it known to Egwin just where a church should be built in her honor.

Egwin died at the abbey on December 30, 717. Following his burial many miracles were attributed to him: The blind could see, the deaf could hear, the sick were healed.

New Year’s Eve! On December 31st we traditionally celebrate St. Pope Sylvester I, one of the earliest popes of the church from 314 to 335.

The Church built large churches during this time, such as “Basilica of St. John Lateran, Basilica of the Holy Cross in Jerusalem, Old St. Peter’s Basilica” several others “over the graves of martyrs.”

Pope Sylvester did not attend the First Council of Nicaea, but Vitus and Vincentius represented him. This council initiated the famous Nicene Creed.

Some even consider him responsible for converting Emperor Constantine:

Long after his death, the figure of Sylvester was embroidered upon in a fictional account of his relationship to Constantine, which seemed to successfully support the later Gelasian doctrine of papal supremacy, papal auctoritas (authority) guiding imperial potestas (power), the doctrine that is embodied in the forged Donation of Constantine of the eighth century. In the fiction, of which an early version is represented in the early sixth-century Symmachean forgeries emanating from the curia of Pope Symmachus (died 514), the Emperor Constantine was cured of leprosy by the virtue of the baptismal water administered by Sylvester.

The Emperor, abjectly grateful, not only confirmed the bishop of Rome as the primate above all other bishops, he resigned his imperial insignia and walked before Sylvester’s horse holding the Pope’s bridle as the papal groom. The Pope, in return, offered the crown of his own good will to Constantine, who abandoned Rome to the pope and took up residence in Constantinople. “The doctrine behind this charming story is a radical one,” Norman F. Cantor observes: “The pope is supreme over all rulers, even the Roman emperor, who owes his crown to the pope and therefore may be deposed by papal decree”. The legend gained wide circulation; Gregory of Tours referred to this political legend in his history of the Franks, written in the 580s.

I have been following this, as I have always been curious, and slightly annoyed at the 12 days BEFORE Christmas. I am glad you did not abandon it after day 5 🙂