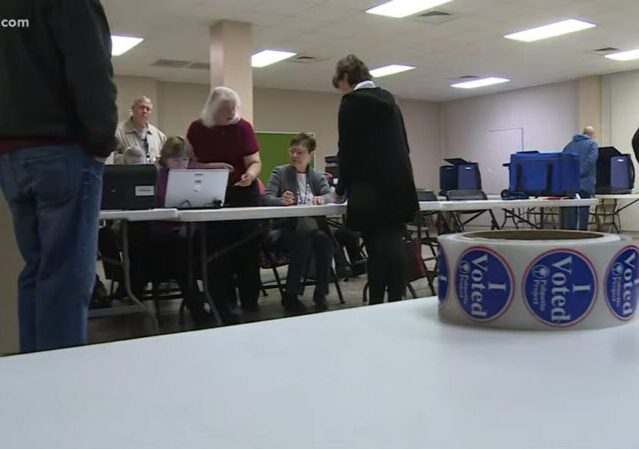 One part of that will be requiring identification for voting, whether in person or by absentee ballot (the use of no-excuse mail-in ballots and mass mailing of applications/ballots is a separate issue that also needs attention). The 4th Circuit Court of Appeals just issued a ruling upholding North Carolina’s 2018 voter i.d. law, after having previously invalidated a 2013 law if found discriminatory in intent.

The Opinion by a unanimous three-judge panel, listed the types of i.d. permitted by the law:

The Court then listed the ways in which people without such i.d.’s would be accommodated with special consideration, including provisional voting.

The Court held the District Court improperly relied on discriminatory intent of the legislature from the previous 2013 law, and thereby flipped the burden of proof against the presumption of legislative neutrality:

This case challenges the constitutionality of a 2018 North Carolina law requiring voters to present photographic identification (“2018 Voter-ID Law”). This law was passed after this Court found that North Carolina acted with racially discriminatory intent in
enacting a 2013 omnibus voting law (“2013 Omnibus Law”), which included a voter-ID requirement. See N.C. State Conf. of the NAACP v. McCrory, 831 F.3d 204, 215 (4th Cir. 2016). The Challengers allege that the 2018 Voter-ID Law was enacted with the same discriminatory intent as the 2013 Omnibus Law. And the district court preliminarily agreed, finding that the Challengers were likely to succeed on the merits of their constitutional claims and issuing a preliminary injunction against the law’s enforcement. See N.C. State Conf. of the NAACP v. Cooper, 430 F. Supp. 3d 15, 54 (M.D.N.C. 2019). We must determine whether this was an abuse of discretion.

The outcome hinges on the answer to a simple question: How much does the past matter? To the district court, the North Carolina General Assembly’s recent discriminatory past was effectively dispositive of the Challengers’ claims here. But the Supreme Court directs differently. See Abbott v. Perez, 138 S. Ct. 2305, 2324 (2018). A legislature’s past acts do not condemn the acts of a later legislature, which we must presume acts in good faith. Id. So because we find that the district court improperly disregarded this principle by reversing the burden of proof and failing to apply the presumption of legislative good faith, we reverse…..

The district court here considered the General Assembly’s discriminatory intent in passing the 2013 Omnibus Law to be effectively dispositive of its intent in passing the 2018 Voter-ID Law. In doing so, it improperly flipped the burden of proof at the first step of its analysis and failed to give effect to the Supreme Court’s presumption of legislative good faith. These errors fatally infected its finding of discriminatory intent. And when that finding crumbles, the preliminary injunction falls with it.

It’s not clear if this is the end of the legal challenges. Apparently there are state court challenges pending.

There is a reason Democrats fight so hard on these laws. And it’s not because they want to assure that only legal votes count.

I’m lost. Could you explain what this means to the Trump team. Many times, the negative tens confuse The matter. For example, my conclusion is that that “discrimination“ is not discrimination, but rather an invented problem by Democrats to allow ineligible people to vote. I usually have a basic understanding of legal cases. But when there are effectively double and triple negative terms, I get lost. Thanks.

notamemberofanyorganizedpolicital in reply to Sally MJ. | December 2, 2020 at 1:27 pm

Watch: CNN Admits There Are “Legal & Constitutional” Ways For Trump To Stay In Office

The court justified violating the constitution which gives state legislators the sole power elections by looking at previous racist at previous discrimination by the legislature. This violated a ruling by the SC that the courts should assume the legislators should be acting in good faith. The truth is that the judge knew he was ruling incorrectly, but wanted the progressive fascists, ie Biden, to win.

It doesn’t mean anything to the Trump team. It’s got nothing to do with the election results.

In 2013 NC passed a voter ID law, and the courts struck it down because there was actual evidence that the legislature’s motive in making this law was racist. States are not entitled to make laws with a racist purpose.

In 2018 NC again passed a voter ID law. Five years later means it was a different legislature. Rather than prove that the motive for this law was also racist, the challengers simply relied on the evidence they’d submitted five years earlier. The 2013 legislature was racist, and passed this law for racist motives, therefore the 2018 one which passed the same law must be racist too, and must have passed it with the same motive.

And the appeals court just said you can’t do that. If you want to allege that this law was passed for racist reasons you have to prove it. What some other legislature did five years ago isn’t relevant.

The Voter ID issue was also on the ballot and was approved by 58% of the voters of North Carolina. It was not just a legislative thing! NC requires a photo ID to enter any state government building in Raleigh. Is entry into a state building more important than the results of elections in the state? On a lunacy scale, not having national voter ID makes zero sense. States are now providing illegals with driver’s licenses. Why not tie the voter ID to proof of residence, proof of citizenship and possession of a valid social security identification?

please check the link to the opinion

If there is no constitutional provision for the federal government to establish a baseline that all states must meet for the Presidential election, then it is time to amend the constitution to provide same.

Mail-in voting permanently removed all trust in the 2020 election and if the states are free to establish even looser standards such as voting by telephone and/or vote harvesting, then no elections will ever be trusted again.

The Dems should keep in mind that if they cheat in elections the opposition will lose faith in elections. When that happens they will exercise their 2nd amendment rights to remove tyrants and tyranny.

You mean you trusted them before?

Thank goodness! About time.
Late for this election, but thankfully NC went for Trump.

Powell/Wood presser on right now at RightSide
(Can link via GatewayPundit).

If the Republicans can’t get election security through voter ID laws and other obvious safeguards, then they will need to cheat as well as the Dems, or preferably better.

So in places where no voter ID is required, the Republicans will need to enhance their use of the dead vote, the prison vote, and the nursing home vote. That’s the only way they can compete with the Dems, who have lived by the motto, “Vote early and often.”

You forgot the Out-of-State vote!

Nothing personal towards the author, but the dems have been working the election laws/regulations for decades.

The 1982/1983? consent agreement between the DNC and GOP that prohibited the GOP from engaging in ANY PROGRAM to thwart voter fraud…..which decree lasted until Dece. 2017.

If the Republican Party knew how to fight, it would be fighting now. It still isn’t.

If this election is surrendered, the Republican Party is dead. Their constituents are going to take their future fundraising mailers and use them in place of the toilet paper they will no longer be able to buy.

I saw someone, somewhere floating the idea of Trump starting his own political party. I suspect he would be as successful at this as Lincoln was, and Lincoln had the advantage of being a second (not third) party.