German business weekly WiWo: “China wants to invest in European nuclear power plants and use Chinese technology in this area.” 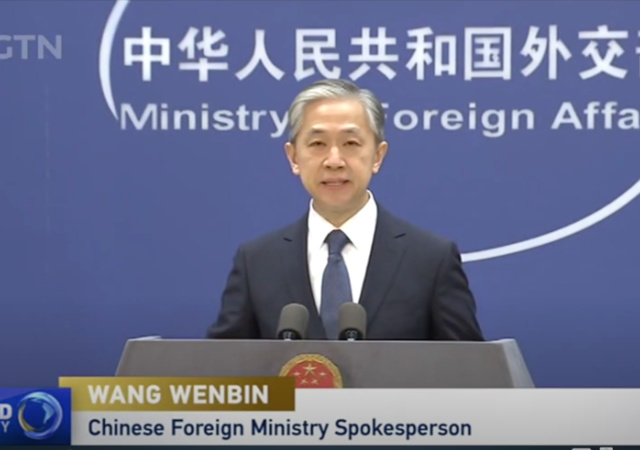 The European Union and Communist China are on the verge of a “major investment deal,” European officials disclosed.

“The European Commission, the EU executive, had said before Christmas that the draft of the “political agreement” was “95 percent ready” and just needed the capitals’ green light,” the French news agency AFP confirmed Monday.

German Chancellor Angela Merkel has been using her clout in the EU to driving through the deal with Beijing, media reports confirm.

“Germany, which holds the EU’s rotating presidency until Thursday and has substantial corporate interests in China, has pressed hard to meet the deadline,” the British newspaper Financial Times reported Monday.

The EU-China business investment deal, feted by the European media as a “landmark” pact, opens the Chinese manufacturing sector to European players and gives China access to the EU’s energy sector.

Poland was perhaps the only member state to raise concerns about the Merkel-backed fast-track negotiations, opening Europe’s nuclear infrastructure to Communist China.

“Poland urged the EU not to rush things and to cooperate more with Washington,” Politico reported last week.

Reuters, on Monday, reported the EU’s final touches to a deal:

China and the European Union are likely to clinch a deal this week that would give EU firms better access to the Chinese market, improve competition conditions and protect EU investment in China, European officials said on Monday.

Talks on the investment deal began in 2014, but were stuck for years as the EU said China was failing to make good on promises to lift curbs on EU investment despite a pledge to open up the world’s second largest economy.

But tensions in trade relations between the United States and China may have helped change the Chinese position and bring about a deal between Beijing and Brussels, officials said.

“The talks are about to be concluded. It’s looking good. There are only some minor details left which need to be hammered out,” an EU official with knowledge of the talks told Reuters.

“As things stand now, the political agreement between the EU and China will be sealed on Wednesday.”

The agreement could pose a serious security threat to the West. As part of the deal, Beijing reportedly demanded access to the European nuclear energy sector.

The EU is opening up to China when U.S. President Donald Trump is raising the alarm about the Communist regime using its commercial clout in the West to pursue its military and geostrategic goals.

Beijing is “increasingly exploiting United States capital to resource and to enable the development and modernization of its military, intelligence, and other security apparatuses,” President Trump said in an executive order signed last month.

The Trump administration placed a ban on more than 60 Chinese military-linked companies from doing business with U.S. players. The list includes some big Chinese multinationals in the technology and innovation sector.

On Monday, the U.S. Treasury extended the investment ban to “any subsidiary of a Communist Chinese military company.” According to the announcement, the Defence or Treasury secretaries have the power to decide if “an entity, including a subsidiary” is a “communist Chinese military company operating directly or indirectly in the US,” thus subjecting it to an investment ban.

This is really funny for what it doesn’t say.
Germany is in the process of getting rid of nuclear because the Greens in the government want no nuclear.

You beat me to it, although we should consider that an industrial power like Germany can’t survive with a few windmills and solar collectors on rich people’s roofs – especially when they want to run the entire transport system on electricity…

Any so-called “environmentalist” who denigrates nuclear power deserves to be ostracized and shunned as a brazen fraud. Nuclear power is the cleanest, most reliable and most efficient zero-emission power source available.

These idiots reveal their hypocrisy and their ignorance when they vilify nuclear energy.

Germans more than likely would prefer to install the nuke plants in Poland and import the electricity.

Its easier to just say GLOBALISTS

Politicians no matter the county are not cheap but they are easily bought.

The Wuhan virus that was almost certainly intentionally released by the Chinese (or, alternatively, whose spread was facilitated by the regime’s brazen lies and deception) is still raging on, but, no leadership possesses the gumption to hold the regime accountable for the deaths and economic devastation wrought by its actions.

The naive, feckless and morally bankrupt Europeans are always the first to jump into bed with despotic regimes (e.g., Russia; Iran), so long as they can enlarge their treasuries.

The Damned Nations of Faust.

And, we still have our alliance with NATO because?

They all deserve one another.

Merkel and the rest of the EU nomenklatura seem hell bent on hastening the fall of Europe. They’re doing deals with China and Iran and importing millions of Muslims who will one day conquer Europe without firing a shot.

How is Jean Monnet not turning on his grave?

They’re all commies. That’s why no one is objecting.