“The Government Equalities Office says there has been “no evidence” that the training improved workplace equality.” 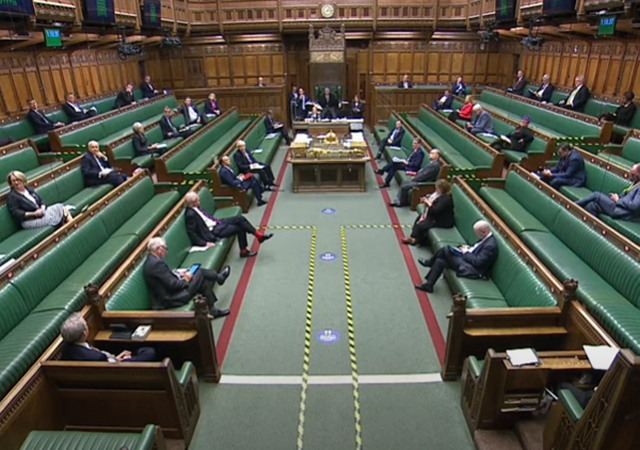 The same social justice nonsense we deal with in the United States has been embraced by many other countries as well. While many American institutions are engaged in a struggle over ‘critical race theory’ training, England has decided to drop ‘unconscious bias training’ for civil servants.

After trying it, people are realizing that it doesn’t really change anything.

‘Unconscious bias training’ to be scrapped by ministers

“Unconscious bias training” is being scrapped for civil servants in England, with ministers saying it does not work.

The training, intended to tackle patterns of discrimination and prejudice, is used in many workplaces.

The government says there is no evidence it changes attitudes – and is urging other public sector employers to end this type of training.

The government says it is “determined to eliminate discrimination in the workplace”, but unconscious bias training is the wrong approach.

The Government Equalities Office says there has been “no evidence” that the training improved workplace equality.

Among the researchers cited is psychologist Patrick Forscher, who examined more than 400 studies on unconscious bias.

He said that few studies measured changes over time, and among “the most robust of those that did”, the findings suggested “changes in implicit bias don’t last”.

The Daily Mail has a great quote from a conservative MP:

He stressed: ‘This unproven training does not work and I welcome the fact that we are no longer going to be wasting taxpayers’ money on it.

‘The whole thing is based on the premise that everyone is unconsciously racist – I just don’t believe that is true and neither do the public.

‘People are fed up with being preached at by a metropolitan elite pushing a divisive agenda that doesn’t even work.’

At the end of the day, required unconscious bias training, whether it’s in the halls of British government or on the college campuses of the United States, is about the same thing.

The left has a never-ending need to prove their own moral superiority by labeling everyone but themselves as flawed, bigoted, and racist.

Racism and prejudices exist, but nowhere near the same level as even recent years. Most people find being accused of racism one of the worst insults. There’s a reason for that. Most people are not racists.

Invented by Freud, the unconscious mind is just that, unconscious. A great place for elites and politicians to claim that thing go on there, and that their programs and processes can somehow change what comes out of the unconscious mind. The Brits have finally realized it’s a lot of baloney, and any thought that these ‘experts’ could change the human mind is a waste of money.

Walk down a crowded street in almost any city- people mingle freely with nary a hint of all the atrocities cooked up in lefty minds. We like to hang out with our friends, we choose to live in areas populated by similar people (professions, age groups and colors or creeds) and we don’t need no ‘experts’ telling us what to do. With good basic civil rights laws, and without elite ‘experts’ stirring the pot.

Americans have done pretty well for themselves the last few decades, mostly kind to each other and helping countless others around the country and globe flourish. They did most of it privately, the elites be damned. Glad the Equalities Office figured it out.

Exactly! The elites scream “PROBLEM!” The rest of us reply with “Problem?”

As long as we continue to recognize we’re being divided for conquest we can fight back but, if we fail to keep this in mind, we’re done for.

“No evidence it works.”

Nay, no evidence it exists.

All Critical Race crap does is piss off people, making getting along less likely.

Today, division equals political power and which party panders to the most divisions?

The longer this goes on, the more consciously racist I become.

My son had to take a course that must have been that. Hours of it, and a test you had to pass to keep your job. He got 80% on it– he said you could easily guess from the way the questions were put what answer was going to be correct.

They will just double down and scrap it for something more aggressive and vindictive while claiming that is the only way to promote the greater good.

Diversity and division. Diversity breeds adversity. Diversity is a dogmatic belief, not limited to racism, which indulges color judgments.

How much taxpayer cash was wasted on this?

only the taxpayer (truly a minority these days) cares. The snarling mouths love it

What it does change is the balance in the bank accounts of the race hustlers.

“There is a class of colored people who make a business of keeping the troubles, the wrongs, and the hardships of the Negro race before the public. Having learned that they are able to make a living out of their troubles, they have grown into the settled habit of advertising their wrongs-partly because they want sympathy and partly because it pays. Some of these people do not want the Negro to lose his grievances, because they do not want to lose their jobs.”

Now the hustlers need not be black.

Guess that the profession of being a poverty pimp is not a recent phenomena.

Looking at the photo of the chamber, it looks like someone borrowed the walking path from the wing of a 737.
I guess social distancing comes in many forms.

A ray of hope.
Now, if only those here in the US would listen.

Well, Trump listened. He countermanded it for US govt employees. Of course, is China Joe gets in, it will be back, and the snarling mouths will be in charge again.

Unconscious bias training works. When it’s over, you’re biased far more than when you started, and you’re fully aware of it. That’s not a solution, that’s a problem that you paid to inflict on yourself.

Wait. What is this “evidence” thing of which you speak?