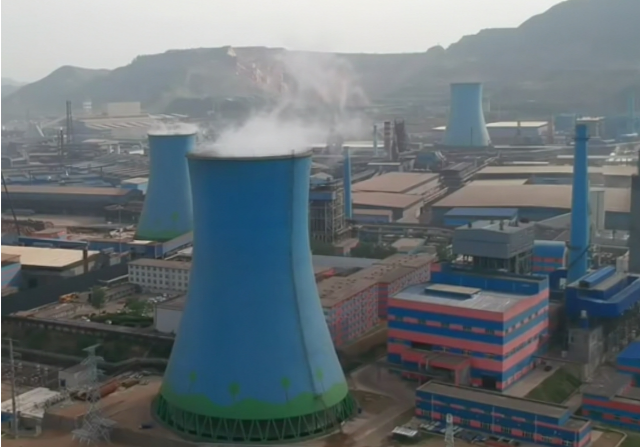 “China suffers worst power blackouts in a decade,” the South China Morning Post reported on Wednesday. “Provinces across China are struggling with blackouts, as authorities use restrictions to curb energy use and manage supply,” the Hong Kong-based newspaper added.

“Power rationing in China sends chills through economy,” Japanese business daily The Nikkei confirmed. The power crisis is “threatening to throw a wrench into Beijing’s plans to rapidly revive the world’s second-largest economy from a coronavirus-induced slumber,” the newspaper noted.

China is also the world’s biggest polluter, emitting more carbon dioxide than the United States and the European Union combined.

The coal ban is part of Beijing’s escalating trade war with Australia to punish the U.S. ally for standing up to China in the wake of the Wuhan coronavirus pandemic.

The street lights and billboards are being turned off in its major cities; factories are being shut down or forced into reduced shifts; office lighting and lifts have had their power cut off; consumers have been told not to use electric stoves and to turn off their heating until the temperature falls below three degrees Celsius.

The ban on Australian coal has coincided with a rapid uptick in China’s economy as it emerges from the pandemic and with particularly cold weather, which would normally result in a surge in demand for energy coal and in coal prices.

China imports of coal from Australia are dominated by the metallurgical coal used in steel-making. Only about 30 per cent of the coal exported to China is energy coal and it represents only a fraction of the largely-domestic coal China uses for power generation – overall it imports less than 10 per cent of its needs. (…)

While the Chinese authorities are keen to downplay any link between the ban on Australian coal and the power shortages now being experienced, there is a very transparent signal – a price signal – of the impact the ban is having.

As a result of the ban, China’s power companies are scrambling to secure alternate supply, with imports from Indonesia, Russia and South Africa rising sharply. So, too, has the price of their coal.

Communist China is determined to make its treatment of Australia an example to any country daring to defy it on the world stage, media reports suggest. “Beijing’s use of trade as political payback against Canberra is seen as showing the consequences of opposing China’s interests,” The South China Morning Post noted on December 5.

Australia is among the few countries to demand an international inquiry into the outbreak of the coronavirus in the central Chinese province of Wuhan. In April, Australian Prime Minister Scott Morrison demanded “an independent assessment of how this all occurred, so we can learn the lessons and prevent it from happening again.”

Beijing responded by threatening a boycott of Australian goods and followed it up by slapping punitive tariffs on key imports from the country.

China is equally angered by Australia’s participation in a new Asia-Pacific strategic alliance promoted by U.S. President Donald Trump. The U.S.-led Quadrilateral Security Dialogue initiative, or the Quad, is a four-nation coalition made up of the U.S., Australia, Japan, and India which aims to create a framework for security cooperation, including joint defense exercises and access to each others’ military and naval bases.

China, which has a history of invading and threatening its neighbors, has been rattled by the emerging alliance. In October, Chinese Foreign Minister Wang Yi called the Quad a “huge security risk,” as Beijing expands its military footprint in the Asia Pacific.

Aw, gee. Couldn’t happen to a nicer guy /s/. Let them freeze in the dark.

notamemberofanyorganizedpolicital in reply to hopeful. | December 26, 2020 at 9:23 pm

This isn’t going to help their already massive food shortage.

If their food imports are destroyed then there craters Communism around the world.

You do realize that the communist ‘plan’ is for all of us to starve in the freezing cold dark so that well-fed communists can feel superior to us in their state-funded mansions?

The Chinese communists or our domestic communists?

Just a hairsbreadth of difference, to be removed by Beijing Biden.

We have the oil, the farmland and tractors, and 350 Million guns. They may beat us– there’s more of them. But it won’t be cheap.

“While the Chinese authorities are keen to downplay any link between the ban on Australian coal and the power shortages now being experienced, there is a very transparent signal – a price signal – of the impact the ban is having.”

Not even communists can stop the (free market) signal anymore.

Speaking of price, how about a broad agreement among countries setting a minimum price, a high price, on commodities which China needs. That is especially true for food.

notamemberofanyorganizedpolicital in reply to JusticeDelivered. | December 26, 2020 at 9:28 pm

This reminds me of the time when the newsies were telling us that the US economy was so very bad, and the smart Japanese were doing so well. This was not a hostile situation.

And then, a little while late, the Japanese economy started failing, because their US market had become smaller.

The CCP is making bad decisions, and hurting its people, because it imagines it is still independent of its trading partners.

China isn’t run by idiots. I think they believe they can outlast the Australians since they don’t care about their people losing power, only that Australia loses money to exports.

You don’t have to be an idiot. In fact, you can be brilliant. BUT if you’re arrogant, you’re going to take a hard fall. Ask the Muslim chieftain who was defeated at Vienna by fat old Jan Sobieski. Allah didn’t save his arrogant are, and neither did his huge army. The Cop thinks they’re strutting mighty high right now.

Thank you, spell check. You’re arrogant and an idiot, both. It’s “arse” not are. And “CCP”, not COP

You could have fooled me. Only idiots of the first degree would ban 70% of the coal imports used for electrical power generation in their country without considering the major impacts that would have on their people, industry and economy. Or perhaps they did consider it and just don’t care. But either way that’s the action of idiots. Especially when they are trying to recover from a major pandemic that’s practically tanked their economy.

notamemberofanyorganizedpolicital in reply to Lucifer Morningstar. | December 26, 2020 at 9:34 pm

Chinese homes are not heated in winter.

Barry in reply to notamemberofanyorganizedpolicital. | December 26, 2020 at 11:45 pm

“Chinese homes are not heated in winter.”

Party members have heat. One of the many reasons for joining the party.

no they aren’t. they didn’t get where they are because they’re stupid. you also have to question the source. nothing gets out of china, that they don’t want out. this ‘story’ might be true, it might not. hong kong is china. it would seem this is the source.
if it’s accurate, you can be sure the party leaders aren’t hurting because of power shortages.

Leftist never get past 1 stage thinking

It’s what our Progressives want to do to us.

Don’t forget no electricity. Hmmm, sounds like California, doesn’t it. Warmer weather, but nights are cold this time of year.

For wanting to rule the world, these guys aren’t too smart.

notamemberofanyorganizedpolicital in reply to UJ. | December 26, 2020 at 9:36 pm

They are too stupid to know they are stupid.

Coming soon to a country near you.

I hope the CCP crashes and burns, but this is another example of why Gen IV nuclear should be developed. America and her allies can control massive amounts of quality coal supply while not needing any of it.

Every time nuclear is proposed here, some television stations run reruns of the movie the China syndrome. They manage to frighten the public enough to raise hell, and soon there’s no more talk of nuclear.

It/s all in how you do your central planning. Sometimes a demand economy is a better idea.

This situation reminds me of an old joke.

How did the communists light their homes before they had candles?

oy- didn’t read to the end before posting mine!

Ha! I read that and thought – they followed California. The read you comment below.

Do you know what they used for light in California before they had candles?

Don’t sell them American coal until they pay reparations for the rice rabies they sent us.
Too bad PDJT isn’t going to stay in office another 4 years. It’d be nice to see him tighten the screws on them.
quid pro slo joe will just take the bribes and ship them discount coal and food.

The chicomms are just following the lead of the California commies. Not a thin dimes difference between the two.