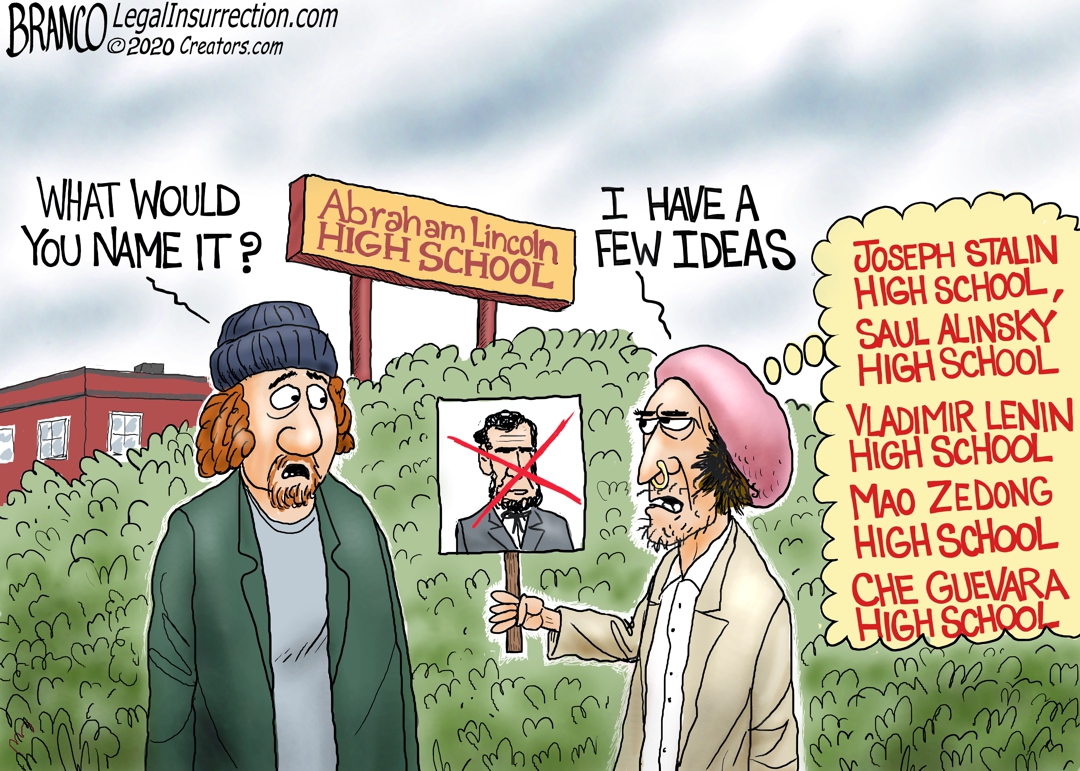 Except this is serious. It is just another step in the destruction of our history and culture. It is one step in a large revolution that is underway.

I think they do know about history and how to re-write it. It is the idiot woke citizens (Do we still have real “voters?”) that accept and tolerate this insurrection that are a serious problem. They are clueless about our history and the history of Marxism. People who are too lazy to think will be forced labor in factories and farms. If they were to be the only ones who paid for their stupidity, I could laugh.

“Stupidity is a more dangerous enemy of the good than malice. One may protest against evil; it can be exposed and, if need be, prevented by use of force. Evil always carries within itself the germ of its own subversion in that it leaves behind in human beings at least a sense of unease. Against stupidity we are defenseless. Neither protests nor the use of force accomplish anything here; reasons fall on deaf ears; facts that contradict one’s prejudgment simply need not be believed – in such moments the stupid person even becomes critical – and when facts are irrefutable they are just pushed aside as inconsequential, as incidental. In all this the stupid person, in contrast to the malicious one, is utterly self satisfied and, being easily irritated, becomes dangerous by going on the attack. For that reason, greater caution is called for when dealing with a stupid person than with a malicious one. Never again will we try to persuade the stupid person with reasons, for it is senseless and dangerous.”

They are hell-bent on practicing NIHILISM!
Just like Pol Pot – remember him?

It’s Cloward/Piven- tear it all down.

We, each of us, must be wiling to step up now and oppose the insanity.
Attend school board meetings even if you don’t have children in school.
Audit college courses and be a voice of reason in the classroom to challenge anti-Americanism and anti-science.
Attend your local government meetings (if they can meet in person) to know what’s happening.
Any hint of idiocy needs to be stomped out before it can grow.

if they want to change names, just take the easy route, eliminate all names and just assign the schools a number

I have long been of the opinion that we should ban naming any public buildings, roads, parks, etc. after any human being, living or dead. Of course, that won’t stop people becoming offended (Peach Tree high school will have to be renamed on day because peaches grow in southern climates and everyone knows anything south of the Mason-Dixon line is inherently racist).