They do not have Warner’s motive. 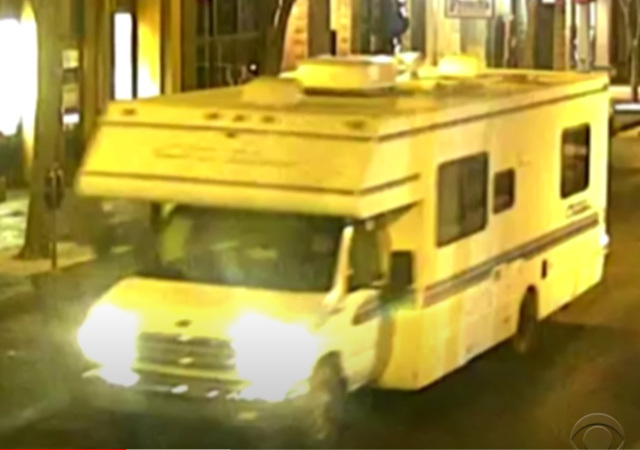 The police identified 63-year-old Anthony Quinn Warner as the man responsible for the bomb that went off in Nashville, TN, on Christmas Day.

He died in the explosion.

“He was present when the bomb went off and he perished in the bombing,” said Don Cochran, U.S. Attorney for the Middle District of Tennessee.

“I cannot truly describe all the hard work that has gone into this investigation since Friday’s explosion,” Metro Nashville Police Chief John Drake said during Sunday’s announcement. “Nashville is considered safe.”

The authorities said they do not have any indication that others were involved in the bombing.

They also do not have Warner’s motive.

The area still has a curfew, but authorities deemed Nashville safe and have “no known threats against the city.”

Well, at least we’re all glad there was no election fraud….

notamemberofanyorganizedpolicital in reply to CaptYossarian. | December 27, 2020 at 11:29 pm

Given the falsehoods and cover-ups by Federal law enforcement and intel in every major incident for the last couple of generations; it would be reasonable to be less than credulous about any stories coming from those sources. There are too many anomalies in the whole thing, and we know that the last thing that Federal law enforcement and intel want is the rule of law and the Constitution. I will wait further news and not be trusting.

The names Hatfill and Jewell come to mind…

Still waiting to find the true story about that likely foxtrot foxtrot.

notamemberofanyorganizedpolicital in reply to Subotai Bahadur. | December 27, 2020 at 11:30 pm

Any guy who takes out an AT&T/NSA spying node that captures digital information on citizens without a search warrant can’t be all bad in my book.

We are told one possibility is fear of 5G. Just like an empty center fuel tank took down TWA 800 or and passing unruly crowd attacked the consulate at Benghazi after a video nobody watched started it. Nobody is talking about what type of explosive could do this… it … just.. happened. What… all by himself… no Terry Nichols? Do not worry, the officials will have the laughing mayor give us the details. I do have to tip my hat to the bomber, if he is the bomber, for playing Petula Clark’s “Downtown” before the bomb goes off. Maybe the Stones and “Satisfaction” could have been on the playlist?

notamemberofanyorganizedpolicital in reply to alaskabob. | December 27, 2020 at 11:35 pm

I figured that CIA/FBI agent just farted, while lighting his Tipporello. They’re so FULL of hot…….AIR after all.

notamemberofanyorganizedpolicital in reply to walls. | December 27, 2020 at 11:31 pm

Do they know if he was alive in the RV? Asking for a friend.

The FBI/DOJ cannot be trusted with the time of day. They are all corrupt liars, beyond anything before in the history of this nation, likely down to the last employee. I suspect this fellow is actually the bomber….everything after that will be a lie.

Sadly we are at a period even if a obvious open and shut case the FBI has no ground left to stand on to make that claim.

Sadly, I think they’re still many Americans who picture of the FBI as being what they saw on the TV shows. Elderly people might believe what Walter Winchell wrote in his columns about the esteemed and exalted FBI.

Is there any bureaucracy that does not eventually morph into just another entity serving their own interests?

From what I have seen, corporations, non profits, churches and government all have done this.

There is something about groups of people doing really nasty stuff to people. Somehow, group think brings out the worst. Collectively they manage to lose all empathy for others.

We’re all amused that you’re lending any credence whatsoever to what the Feds are telling us. Please. This ops glows like the sun.

This incident, as with the LV shooting incident, has a glaring hole in it; no motive. People who commit these acts, for a personal or ideological reason, are insane. They always, ALWAYS, feel the need to tell people that they did it and/or why they did it. They leave notes, post manifestos or otherwise communicate motivation. But, in these two cases, this does not appear to have happened. Or, if it did happen, the authorities are suppressing that evidence for unknown reasons.

So, the jury is still out on this incident.

Some folks, using Google earth or something, claim there are distinct differences between the vehicle on Warner’ s property earlier and the one seen in the city.