Signs that the relations between Australia and China are getting frostier this winter. 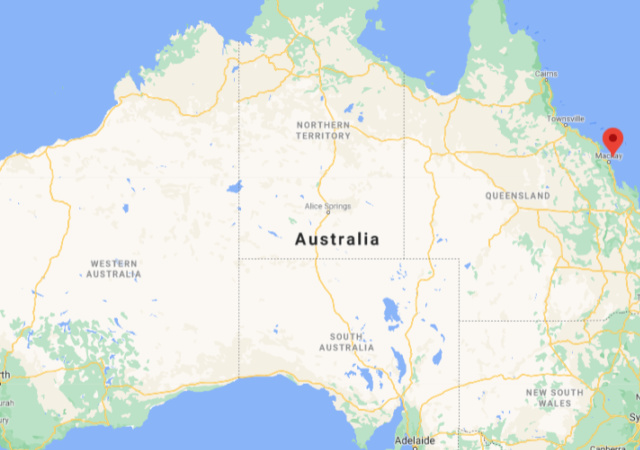 A Chinese developer bought an Australian Island and banned Australians from the area, including barring residents from their homes.

Residents say they can’t go back to their homes since developer China Bloom bought a 99-year lease to take control of Keswick Island in 2019.

“I just don’t think they want Australians on the island,” former island resident Julie Willis told the news program “A Current Affair.” “I think that they want to have this island solely for the use of the Chinese tourism market.”

The Chinese developer has gone as far as banning residents from renting their homes on Airbnb, which residents say has ruined tourism, and blocking them from entering the island from air, land and sea.

It also appears that Australians are being deterred from purchasing property on the island as well.

Willis and her partner Robert Lee say that their problems were further compounded when they were told by the developer they had three days in February to vacate the property they had been renting without a problem for six years. The couple then tried to purchase a property but were told by China Bloom that they had to pay 100,000 AUD ($70,000) as a deposit so any damage to the property could be fixed.

Willis said: “I think they’re trying to deter us from buying the property. They don’t want us here.”

Meanwhile, tensions between Australia and China have escalated over a fake picture on a government Twitter account that depicted an Australian soldier murdering an Afghan child.

It comes amid escalating political tensions between the two countries.

…Chinese foreign ministry spokesman Lijian Zhao posted a fabricated image which portrayed an Australian soldier with a bloody knife next to a child. The child is seen holding a lamb.

The image appears to be a reference to previously reported allegations that elite Australian soldiers used knives to murder two 14-year-old Afghan boys. The Australian Broadcasting Corporation reported the ADF report did not substantiate those allegations.

Relations between China and Australia have plunged to a new low this morning with Chinas foreign ministry spokeswoman refusing to apologise over an official tweet showing a FAKE image of an Australian soldier threatening an Afghan child with a knife. @KerrieYaxley #9News pic.twitter.com/oMHbC0N2ms

“The rage and roar of some Australian politicians and media is nothing but misreading of and overreaction to Mr Zhao’s tweet,” the Chinese embassy in Canberra said in a statement on Tuesday.

Australia’s Foreign Affairs and Trade secretary had called ambassador Cheng Jingye on Monday to complain about the social media post, it confirmed, adding that Cheng had “refuted the unwarranted accusations as absolutely unacceptable”.

Australia was seeking to “stoke domestic nationalism”, and “deflect public attention from the horrible atrocities by certain Australian soldiers”, it said.

And while the relations between Australia and China haven’t been warm, they got much frostier in the wake of Australian officials correctly assessing China’s role in the coronavirus pandemic.

Relations have been frosty for years but deteriorated further this year after Morrison in April called for an international inquiry into the origins of the coronavirus pandemic. The Chinese government dubbed Morrison’s proposal “political manipulation.”

But it isn’t just about Australia. Experts say it bears the hallmarks of a long campaign by Beijing to distract from its own human rights abuses and polish a narrative that, unlike the US and its allies, the Chinese government is interested only in peace and non-intervention with the international community.

“It’s certainly aimed at Australia … but it is also aimed at telling the world the terrible things that the US and its allies do around the world,” said Bonnie Glaser, director of the China Power Project at the Center for Strategic and International Studies.

Based on Australia’s current dealings with the Chinese, there is little doubt that China’s regional ambitions will continue to expand.

The answer would of course be country-specific based on that country’s laws, but in the usual case titled ownership to land doesn’t operate to terminate political sovereignty of the land.

I think expropriation is appropriate
– here is your one dollar
– FOAD

a 99-year lease to take control of Keswick Island
So, you folks didn’t own this land to start with? You were just renting it from the gov’t? (Because this is what happens when you change landlords, sometimes.)

nothing but misreading of and overreaction to Mr Zhao’s tweet
Did we also misread and overreact to the “b**ch” tweets?

That would sem to be the only logical answer to how a lease holder can exclude people from their own property, that they didn’t own the land on which their home is built, or even that all residences on the island are rented/leased and not owned.

Take it by force

Also…
a 99-year lease
Why does that sound familiar? /sarc Will that island be as different from Australia as Hong Kong was from China after 99 years?

it’s been a long time since my last comment.
australia must void the lease if they want to keep sovereignty
over the island. china will otherwise claim ownership and
and place a navel base.
how will the USA be able to defend the alliance especilly wuth G-D forbid a biden admin.

Frostier this winter? Australia is headed for summer, right?

Unless we and our allies stand up to China, it will very quickly progress. The point at which China starts invading other countries will arrive sooner rather than later if they aren’t faced down. Lord help us if Biden/Harris takes over. We will be lost.
.

You bet. That vicious one-child policy has drastically tipped the normal ratio of male/female births, resulting in a lot of males, few available wives, and a big army.

Send in the Aussie Karans from the various agencies; environment, labor, zoning, building permits, antiquities. Bury the new lease holder in paperwork and fines. Redirect all travel to other ports of entry and restrict access until the new lease holder are in ‘compliance’ which will be never.

No need for kinetic action, unleash the Karen.

looks like everyone here has the right idea. terminate the lease. revoke any type of land ownership for Chinese nationals and companies. if they don’t leave, remove by force.

if the Aussies fail to do that, they can kiss their country good-bye.

On the other hand Sundowner in Chief lend leases California to the Chinese I might be more accommodating.

What are the Australians going to do when the Chinese declare the island to be part of China (like Hong Kong, Taiwan, and the artificial islands in the Paracel Islands and the Spratlys), and enforce their control over the air and seas within 200 miles of the island?

Here are the islands that China has used to control the waters in the South China Sea:
https://amti.csis.org/island-tracker/china/

I imagine that China might build a Naval base and place ground-to-air and ground-to-sea missiles on Keswick like they have in the Paracels and the Spratlys. Then Australia would have to negotiate with the Chinese over how they could use the airspace and the sea lanes over and around Keswick.

If the Australians are so dumb as to let the Chinese take over part of their territory, I don’t think anything can be done about it. The Biden family is making money from the Chinese, so they won’t object.

The Democrats in both the House and the Senate have been working for the Chinese government, so they won’t object either. For example, here are two Democrat bills that were requested and supported by the Chinese government:
https://www.nationalreview.com/news/coronavirus-pandemic-senator-kamala-harris-introduces-resolution-condemning-use-of-wuhan-virus-as-racist/
https://www.washingtonpost.com/politics/courts_law/house-condemns-racism-against-asian-americans-amid-pandemic/2020/09/17/be656dee-f912-11ea-85f7-5941188a98cd_story.html

So, you purchase property in Australia…
Does than then mean you are not subject to laws?
Hey, as a U.S. Land-owner… I don’t get to do that.

Who the hell sold/leased the land to the Chinese? Were they taking stupid pills? There will be a base there before long. Evict them by lethal force or they’ll be all over Australia shortly!

ChiComs…. They have the same territorial ambitions as did imperial Japan.